Home » Sen. John Kennedy: MLB moving All-Star Game from Atlanta 'has nothing to do with race' 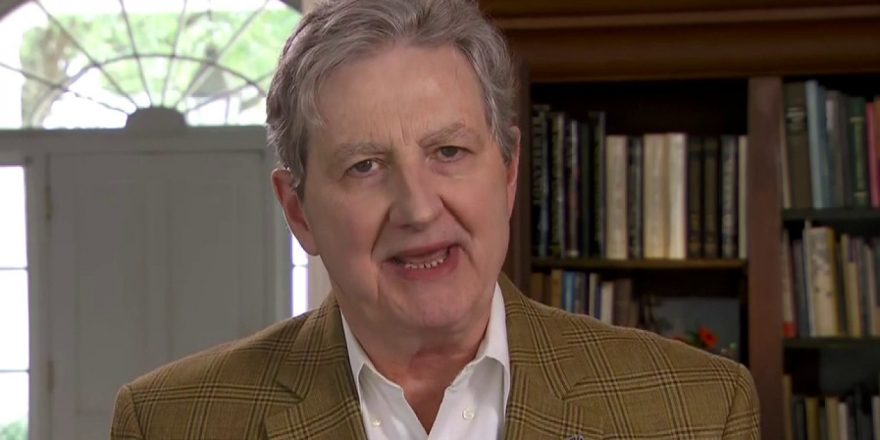 Sen. John Kennedy: MLB moving All-Star Game from Atlanta 'has nothing to do with race'

Sen. Kennedy calls on MLB to explain why Georgia voting law is racist

Sen. John Kennedy, R-La, slammed Major League Baseball Commissioner Rob Manfred on “The Story” Tuesday for getting involved in national politics and alienating “millions of fans” by relocating this summer’s All-Star Game to Denver from Atlanta.

KENNEDY: Forget Mars. We need to search for intelligent life in the Major League Baseball commissioner’s office. I have never seen anything like this. Commissioner Manfred has a fiduciary responsibility to Major League Baseball. His job is to do the very best that he can not to suck. He has failed at that. Think about what he’s done. Major League Baseball is losing popularity to football and other sports. His job is to grow it. So what is the first thing he does? He decides to get involved in national politics and alienate hundreds of millions of Americans who actually like the Georgia bill and think that it is an honest effort for election security. The commissioner hasn’t explained why he thinks these hundreds of millions of Americans who support the Georgia effort are a bunch of racists. He hasn’t bothered to explain why he thinks the bill is racist. The only excuse I can think is he made all of these decisions after his morning beer. I have never seen anything like it. It costs $150 to attend a major league baseball game in some cities. Is this going to encourage people to go? I just don’t think so.

This has nothing to do with Jackie Robinson. It has nothing to do with race. Here’s what this is about. The Democrats want us to have an election month. The Republicans don’t. We want to go back to an Election Day. The Democrats oppose requiring an ID before you can vote. Republicans think we should, in the interest of ballot security. Democrats want to make legal ballot harvesting. Republicans don’t. Ballot harvesting is where you pay somebody to go around and ask people to vote by mail and you collect their ballots and then you bring them to the ballot box. I’m is not saying it’s inherently fraudulent, but fraud can occur. That’s all this dispute is about.

The other point I’d make is that the Democrats want to pass Speaker Pelosi’s bill, H.R. 1, which would federalize elections. Basically what Speaker Pelosi’s bill would do is take everything that went wrong in the last presidential election and make it the law. None of this is about race. These woke leftists just obsess about race. They think about race. The fact is, most Americans think about character. That’s what is so misplaced about all of this. But why a large company, a CEO, or a commissioner of a major sport would want to get involved in this and make allegations that everybody disagrees with them is a racist and not publicly defend their position, I don’t get it.