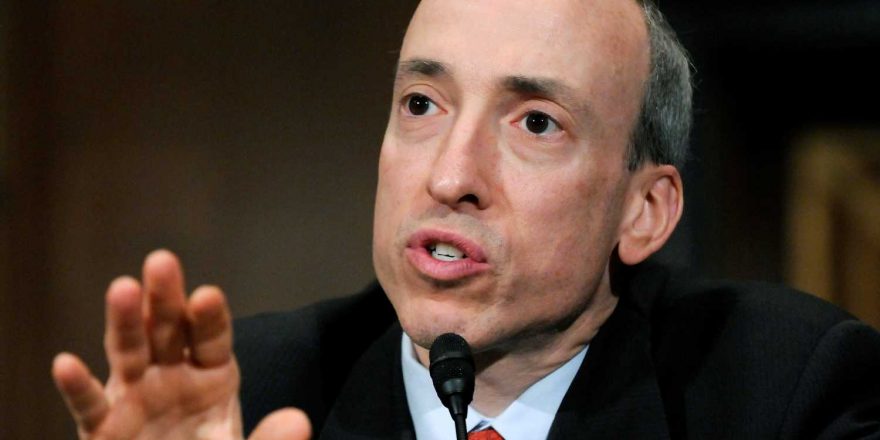 The Securities and Exchange Commission said Friday it is stepping up its inquiry into so-called gamification and behavioral prompts used by online brokerages and investment advisors to prod people to trade more stocks and other securities.

Wall Street's top regulator said investors can be misled by rosy projections of profit by technologies that, in reality, understate the risk of a particular investment or the odds of eye-popping returns.

"While new technologies can bring us greater access and product choice, they also raise questions as to whether we as investors are appropriately protected when we trade and get financial advice," SEC Chair Gary Gensler said in a release. "In many cases, these features may encourage investors to trade more often, invest in different products, or change their investment strategy."

The SEC often solicits public commentary before drafting new rules and regulations over Wall Street, meaning that Friday's announcement, though procedural, could pose a headache for the industry's leaders.

Shares of Robinhood Markets, operator of a popular digital trading platform that has come under scrutiny for its customer-trading prompts, fell as much as 1% to the lows of the day after the SEC report.

The commission said that online investment firms and brokers will often use "predictive" analysis tools that are designed to show customers what they would earn under optimal — but not necessarily likely — outcomes.

While brokers may disclose that their predictive models are not guarantees of future returns, Gensler said he wants to gather investors' thoughts on game-like features in financial platforms, behavioral prompts to trade more often and "other digital elements or features designed to engage with retail investors on digital platforms."

As part of the announcement, the SEC said it will collect public input for 30 days after the request and comment submission forms are made available online.

Gensler said that he is particularly interested in hearing from the public on two key questions.

First, the SEC chair wants to know how the financial regulator should protect investors against a potential conflict of interest.

Online brokerages generate profits when their customers trade more often. Robinhood Markets, for example, makes money in part by sending its customers' orders to high-frequency traders in exchange for cash. That process is itself controversial and known on Wall Street as payment for order flow.

But if game-like prompts or congratulatory messages from online brokerages cause customers to make more trades — and especially if more trades results in poorer portfolio performance at slightly worse prices — should the SEC intervene?

In essence, the SEC wants to answer: If brokerages' game-like or predictive prompts assume optimal outcomes and impact how often customers trade, should the regulator consider those in-app prompts as formal investment recommendations or investment advice?

The SEC often solicits public commentary before drafting new rules and regulations over Wall Street, meaning that Friday's announcement, though procedural, could pose a headache for the industry's leaders.

Despite outstanding growth for the millennial-favored stock trading app, Robinhood has faced regulatory headwinds regarding its digital engagement with its millions of clients.

The Financial Industry Regulatory Authority' in June slapped Robinhood with its largest ever penalty, totaling about $70 million. FINRA's said its penalty came in response to Robinhood's technical failures in March during a rash of trading mania, its lack of due diligence before approving customers to place options trades and peddling misleading information to customers about aspects like trading on margin.

CEO Vlad Tenev testified before the U.S. House Financial Services Committee in February regarding the GameStop trading mania in early 2021.

Robinhood has also paid the SEC $65 million after being charged with misleading clients about how the app makes money and failing to deliver the promised best execution of trades.

In response to the public backlash, Robinhood has since taken steps to address some of the scrutiny like providing more education services from its clients and removing the confetti feature when investors make trades.