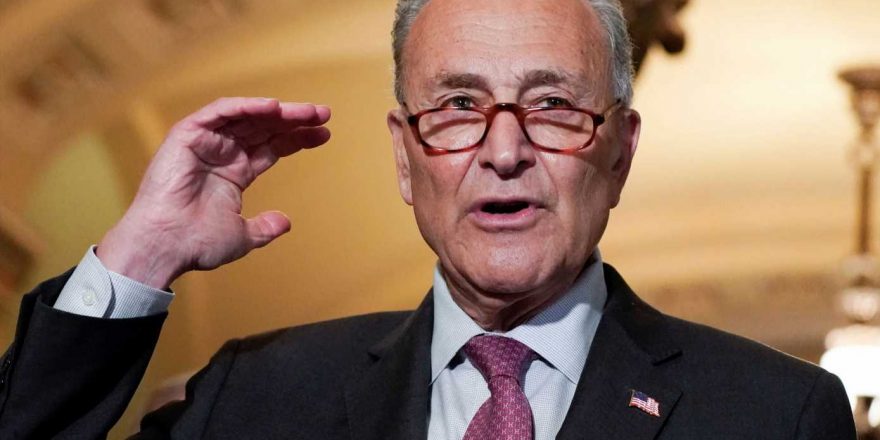 Senate Majority Leader Chuck Schumer proposed legislation Wednesday to legalize marijuana at the federal level, a move aimed at easing restrictive drug policies that have disproportionally impacted communities of color and the poor.

The Cannabis Administration and Opportunity Act would remove marijuana from the Controlled Substances Act and introduce regulations to tax cannabis products.

The proposal would expunge federal records of nonviolent cannabis offenders and allow people serving time in federal prison for nonviolent marijuana crimes to petition a court for resentencing.

"This is monumental. At long last, we are taking steps in the Senate to right the wrongs of the failed war on drugs," Schumer, D-N.Y., said during a press conference at the Capitol. Schumer unveiled the draft along with Senate Finance Committee Chair Ron Wyden, D-Ore., and Senator Cory Booker, D-N.J.

The plan would also create an Opportunity Trust Fund from new cannabis tax revenue in order to invest in programs for communities most affected by the "failed War on Drugs," according to a draft of the bill.

The plan to decriminalize marijuana will likely face a contentious battle in the Senate, as it's generally opposed by Republicans and some moderate Democrats and has not received an endorsement from President Joe Biden. Schumer will require 60 votes, including at least 10 GOP votes, to pass it through the Senate.

So far, 37 states and the District of Columbia have legalized the medical use of cannabis and 18 states along with D.C. have legalized recreational use of the drug by adults. However, the drug remains illegal under federal law.

"For decades, our federal government has waged a War on Drugs that has unfairly impacted low-income communities and communities of color," Booker said in a statement. "While red and blue states across the country continue to legalize marijuana, the federal government continues to lag woefully behind. It is time for Congress to end the federal marijuana prohibition and reinvest in communities most impacted by the failed War on Drugs."