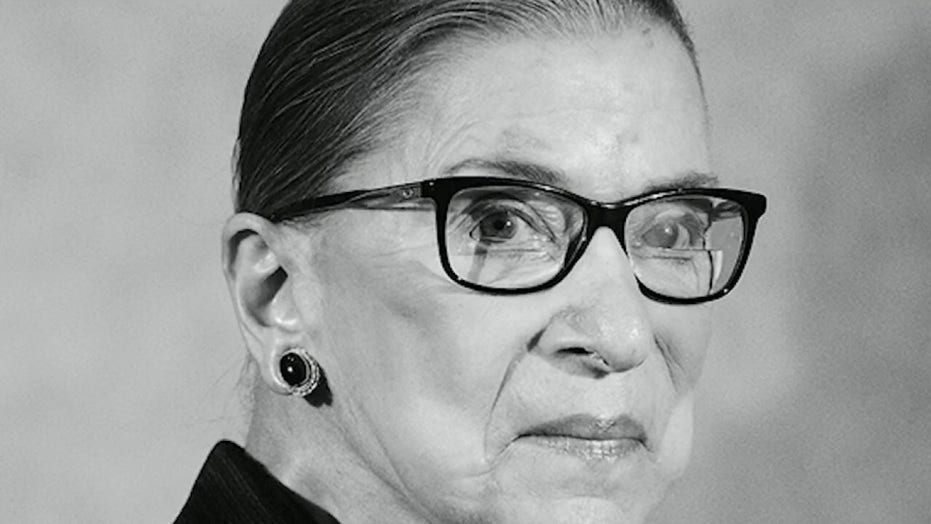 Thousand gather at memorial to pay respect to Justice Ginsburg.

Mourners paid tribute to late Justice Ruth Bader Ginsburg on Friday for having "changed the course of American law" as the liberal trailblazer lay in state at the U.S. Capitol. 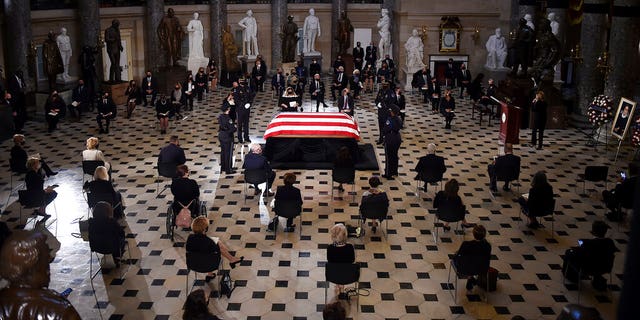 Ginsburg died a week ago at 87, and the ceremony comes after days of tributes and memorials for her. The ceremony will include elected officials — including former Vice President Joe Biden — as well as family and other invited guests.

House Speaker Nancy Pelosi said it was with “profound sorrow” that she welcomed Ginsburg and opened the private service.

Civil Rights pioneer Rosa Parks lay “in honor” in the Capitol Rotunda on Oct. 29, 2005. She was the first woman to be so recognized in the Rotunda. Lying in “honor” is considered to be one level below “state.” 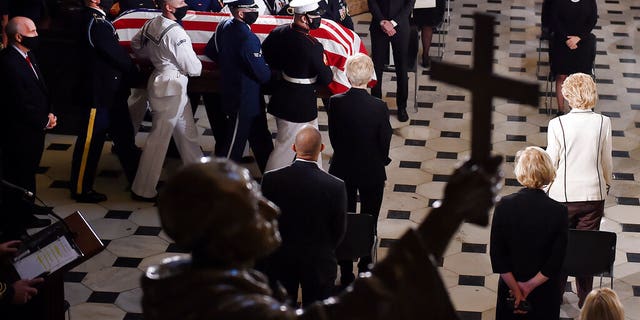 Ginsburg has lain in repose for two days at the Supreme Court, where thousands of people paid their respects, including President Donald Trump and first lady Melania Trump on Thursday.

There was also a pair of musical selections from mezzo-soprano Denyce Graves, with Lauren Ward on piano. Among the songs was "American Anthem" — which concludes “Let me know in my heart when my days are through America. I gave my best to you.”

Members of the House and Senate who are not invited to the ceremony because of space limitations imposed by the coronavirus pandemic will be able to pay their respects before a motorcade carrying Ginsburg's casket departs the Capitol in the early afternoon.

Fox News’ Chad Pergram and The Associated Press contributed to this report.