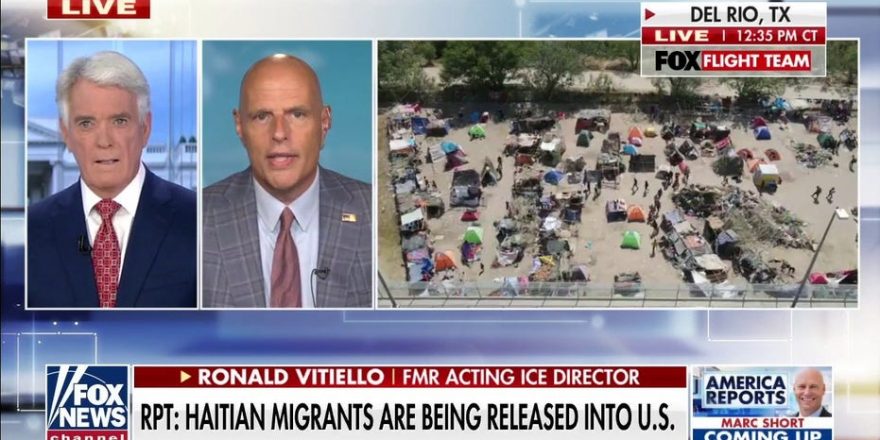 Haitian migrants are being released into the U.S.

Former Acting ICE Director Ronald Vitiello reacts to report that Haitian migrants are being released into the U.S.

As officials scramble to cope with the flood of Haitian migrants to the Del Rio bridge, multiple sources say that the response — including a surge in agents to the bridge from elsewhere in the sector — has left other parts of the border wide open.

As more than 14,000 migrants camped out under the international bridge in Del Rio, the Department of Homeland Security (DHS) last week surged hundreds of Customs and Border Protection (CBP) law enforcement to the bridge to process migrants as part of a strategy that included increasing deportation flights.

That move included closing the port of entry, as well as other border checkpoints in Del Rio – checkpoints that allow CBP to apprehend illicit cargo and illegal migrants — in order to try and regain control at the bridge.

“Now we do not have that secondary protection, we don’t have that strategy and depth, and the agency made this decision because they failed to prepare for what was coming,” he said.

CBP sources told Fox News this week that 224 miles of the Rio Grande river border have been left unpatrolled as a consequence. A Border Patrol source told Fox that the surge in resources meant not only fewer boats along the border, but also fewer agents patrolling the border on horseback.

The horseback Border Patrol have, however, come under fire for pushing back migrants at the bridge, amid false claims that they were using “whips” to push them back. An investigation is currently underway.

Meanwhile, migrants were being diverted laterally across the border to other processing stations — including those already dealing with the migrant surge more generally and that are already overwhelmed. 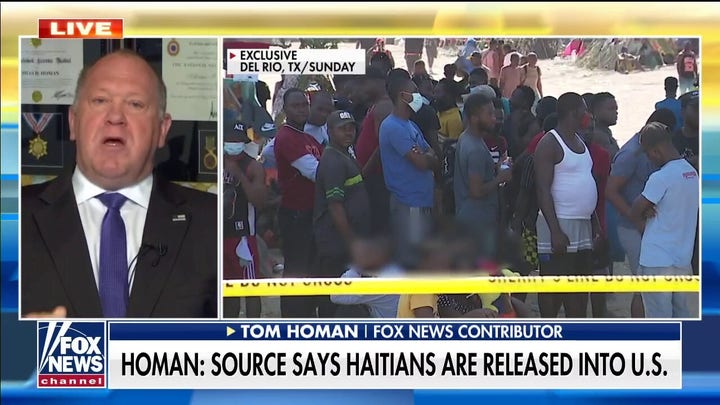 “There’s no operational control,” he said. “When you surge resources to the RGV in the Del Rio Sector that leaves two hundred and twenty four miles of border unguarded.”

” I’ve seen the assignment sheets, two hundred and twenty four miles of southern border. We’re unguarded because you had to surge resources to these other areas that got operational security,” he said.

One source told Fox News that it makes it easier for Haitians and other migrants to cross other parts of the border, which the source predicted they would do once word spread that the border is not being patrolled.

Meanwhile, local law enforcement have been taking matters into their own hands. Texas Gov. Greg Abbott announced on Tuesday that Texas Department of Public Safety had created a barrier of vehicles to turn back migrants.

“They have created a steel barrier preventing people from being able to cross the border,” Abbott said at a press conference.

“One day there were countless people coming across the border, then the very same day the Texas Department of Public Safety (DPS) put up all these DPS vehicles, and suddenly, in an instant, people stopped crossing the border in this location. That strategy is working.”