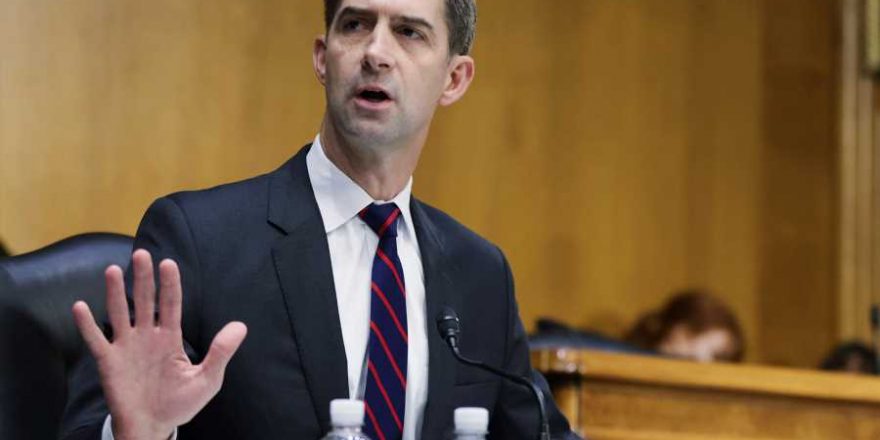 Attorney General Merrick Garland appeared before Senate Judiciary Committee. He ran into a buzzsaw of outraged Republican senators who took the attorney general to task for … allowing federal law enforcement to consult with local law enforcement about how to handle a rash of violent threats against school board officials.

In question was an Oct. 4 memo in which Garland directed the FBI and U.S. attorneys’ offices “to discuss strategies for addressing” the “increase in harassment, intimidation and threats of violence against school board members, teachers and workers in our nation’s public schools.” The memo also called for the creation of a task force “to determine how federal enforcement tools can be used to prosecute these crimes, and ways to assist state, Tribal, territorial and local law enforcement where threats of violence may not constitute federal crimes.”

The Justice Department Is Suing Georgia Over Its Voter Suppression Law

The memo followed a plea from the National School Boards Association for the Biden administration do something about the increase in “physical threats” school officials are receiving in response to mask mandates and, as the NSBA put it in the memo, “propaganda purporting the false inclusion of critical race theory within classroom instruction and curricula.” The NSBA last week apologized for some of the language it used in its letter, but Garland on Wednesday stood by his Oct. 4 memo, arguing the threats still warrant federal intervention.

“The letter that was subsequently sent does not change the association’s concern about violence with threats of violence,” Garland said. “It alters some of the language in the letter language in the letter that we did not rely on and is not contained in my own memorandum. The only thing that Justice Department is concerned about violence and threats of violence.”

Republicans were very mad, and essentially spent the morning defending the rights of parents to violently threaten school officials. Sen. John Cornyn (R-Texas) expressed concern that the “threat of federal prosecution” would have a “chilling” effect on parents who want to be involved in their children’s education.

“I don’t believe it’s reasonable to read this memorandum as chilling anyone’s rights,” Garland replied. “It’s about threats of violence, and it expressly recognizes the Constitutional right to make arguments about children’s education.”

Politico reported Wednesday on the measures some school boards have been taking measures to ease tension at meetings, including shortening the time parents are allowed to speak or requiring they submit comments over email, but threats have persisted. Jennifer Jenkins, a board member in Brevard County, Florida, told Politico that she’s received several threats over the past few months, including people saying they are “coming” for her. Someone even told the Florida’s Department of Children and Families that she was abusing her daughter.

It’s happening all across the country. Pennsbury, Pennsylvania school board president Christine Toy-Dragoni told CBS Philly earlier this week that every member of the board has received threats, and that she has received “racist remarks, threats of violence, threats of putting my information on the internet, threats against my family” to both her school email and her personal phone. “My daughter was afraid,” Toy-Dragoni said. “We had a neighborhood picnic to go to and she said, ‘Mom, do you think it’s safe for us to go?’”

Sen. Mike Lee (R-Utah) joined Cornyn in placing his concern with the parents who are making these threats. He, too, said the memo could “chill” the First Amendment rights of parents, noting that his staff went through a bunch of news sources and found no “explicit” death threats.

Lee added that 17 attorneys general across the country have said that the threats are nothing state and local officials can’t handle, a reference to a letter sent to Garland and Biden last week in which the aforementioned attorneys general refuted the idea that there was a national spike in threats against school board officials, noting that the NSBA failed to document a “single legitimate instance of violence.” (Never mind the constant barrage of threats forcing board members to live in constant fear.)

Lee did not mention that all 17 of the attorneys general who signed the letter are Republicans.

The most incensed among the Republican senators grill Garland, however, was Sen. Tom Cotton (R-Ark.), who last year argued that the military should be called in to snuff out Black Lives Matter protests. Cotton on Wednesday excoriated Garland for daring to enlist federal law enforcement to assist localities in dealing with threats against school board members, calling the attorney general “shameful” and said he should “resign in disgrace.”

Garland responded by reiterating that the only purpose of the memo is to “prevent violence against school officials.”

Cotton said, “I’m done,” off of the microphone and stormed out of the room.