Home » Politics » Rep. Liz Cheney rebukes former Trump advisor Michael Flynn for suggesting a coup 'should happen' in the US 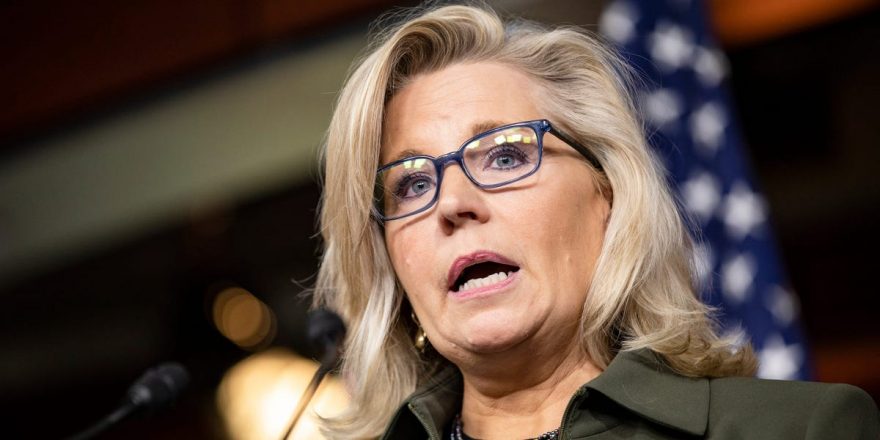 Rep. Liz Cheney rebukes former Trump advisor Michael Flynn for suggesting a coup 'should happen' in the US

Rep. Liz Cheney of Wyoming rebuked Michael Flynn, President Donald Trump’s former national security advisor, for appearing to endorse a coup in the US similar to the one in Myanmar in February.

“No American should advocate or support the violent overthrow of the United States,” the Republican lawmaker tweeted Monday, referring to comments Flynn made over the weekend at a QAnon conference in Dallas.

Flynn, a keynote speaker at the four-day convention, has peddled conspiracy theories endorsed by the far-right movement, which broadly believes in the existence of a “deep state” cabal of pedophiles.

During a panel on Sunday, an audience member asked Flynn: “I want to know why what happened in Myanmar can’t happen here.”

“No reason, I mean, it should happen here. No reason. That’s right,” Flynn responded, according to footage of the interaction that later circulated on Twitter.

In February, Myanmar’s military overthrew the country’s democratically elected government and arrested its leaders. The military junta has since imprisoned more than 4,400 protestors and killed at least 841, according to data compiled by the Assistance Association for Political Prisoners, a non-profit human rights organization.

Flynn on Monday attempted to walk back his remarks and accused the “media” of “manipulating” his words.

“Let me be VERY CLEAR – There is NO reason whatsoever for any coup in America, and I do not and have not at any time called for any action of that sort,” Flynn wrote on Telegram, a social media platform favored by far-right groups.

Flynn served as Trump’s first national security advisor for 22 days before resigning. He later pleaded guilty in 2017 to lying to the FBI about his communications with Russia’s ambassador to the US. Trump ultimately pardoned him last November.

Flynn was thrust into the spotlight in the QAnon universe after he baselessly repeated that Trump won the 2020 presidential election. Followers of the QAnon movement have also praised the coup in Myanmar and shown support for a coup in the US, according to reporting by Media Matters for America.

Cheney has emerged as a fierce opponent of Trump and his allies following the January 6 Capitol riot. She has condemned his false claims about the 2020 race and voted to impeach him. House Republicans booted her from her leadership position last month over her stance.