Raphael Warnock fires back at Republicans Loeffler, Rubio amid criticism over resurfaced 2011 sermon

Democratic Georgia Senate candidate Raphael Warnock fired back Wednesday at Republican critics who labeled him a “radical” this week in response to a resurfaced 2011 sermon in which the reverend declared “nobody can serve God and the military.”

“I will simply say that I have spent my life committed to service and as pastor of the Ebenezer Baptist Church, my ministry and my work has been about pulling people together,” Warnock said during a virtual press conference in response to a question from Politico's Maya King. “This accusation that they’re trying to make represents the classic play in the politics of division and fear and bigotry. We can ill-afford that at any time, but especially at this time, when our nation is faced by such huge problems – problems that can only be solved when we come together.” 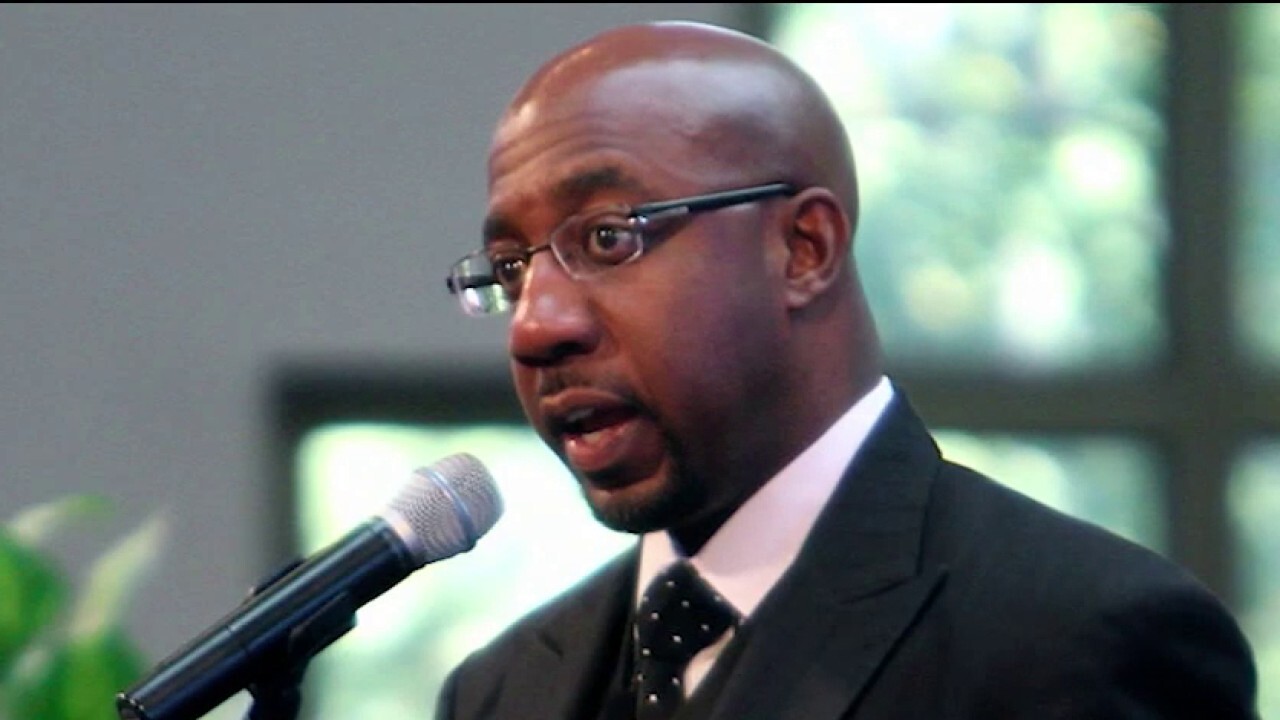 In the 2011 sermon, Warnock called on churchgoers and America as a whole to turn away from the pursuit of power and wealth, or “mammon,” in favor of a life of service. Terrence Clark, a spokesman for the Warnock campaign, told Fox News, "Reverend Warnock was speaking about the need to commit to moral life before pursuing other priorities” and referencing a biblical verse that reads “no man can serve two masters.”

Warnock has faced repeated attacks over the content of his past sermons amid a heated election battle with Loeffler. The Senate race will culminate in a runoff vote on Jan. 5, one of two in the state of Georgia that will determine control of Congress’ upper chamber.

Republicans, including Loeffler, have argued that Warnock would embrace radical policies if elected to office.

“Not shocked #Georgia Democrat Senate candidate Raphael Warnock said “You cannot serve God and the military” at the same time,” Rubio wrote on Twitter. “These & even crazier things is what the radicals who control the Democratic party’s activist & small dollar donor base believe.”

IN GEORGIA RUNOFFS, IT'S SOCIALISM VS. CORONAVIRUS

Loeffler demanded that Warnock apologize for his remarks.

The Warnock campaign accused Republicans of taking his words out of context. Warnock offered a further defense of the sermon during Wednesday’s press conference.

“It was about priorities and about how one orders your priority so that you can live a moral life,” Warnock said in response to a follow-up question from CNN's DJ Judd. “I think it’s unfortunate and shameful that they are trying to distort not only my message but the message of scripture."