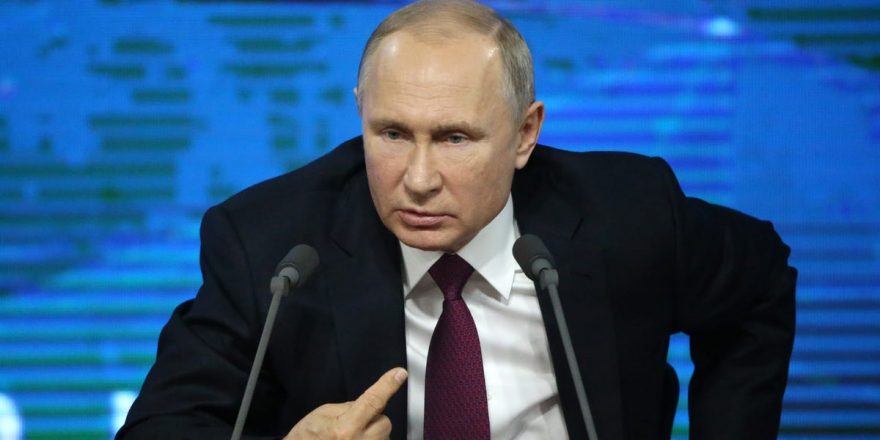 Putin tries to amplify GOP efforts to whitewash the deadly Capitol attack, saying the insurrectionists weren't 'just a crowd of robbers and rioters'

The Russian government is increasingly echoing Republican efforts to downplay the fatal Capitol insurrection and portray the rioters as innocent people with legitimate grievances.

Russian President Vladimir Putin on Friday criticized the US response to the Capitol attack, which left five dead and was catalyzed by former President Donald Trump’s lies about the 2020 election. Among those killed on January 6 was a US Capitol Police officer.

“They weren’t just a crowd of robbers and rioters. Those people had come with political demands,” Putin said, per the Associated Press.

Putin’s remarks came just days after Russian Foreign Minister Sergey Lavrov said that the insurrectionists who stormed the Capitol were facing “persecution” by the US government. Over 500 people have been arrested and charged with crimes over the riot.

Both Putin’s and Lavrov’s comments play off of a Republican effort to whitewash the events of January 6 as the GOP continues to amplify and enable Trump’s “big lie” that sparked the violence.

GOP Rep. Andrew Clyde of Georgia, for example, recently described the riot as “a normal tourist visit.” Similarly, Sen. Ron Johnson of Wisconsin in late May said the Capitol attack was a largely “peaceful protest.” 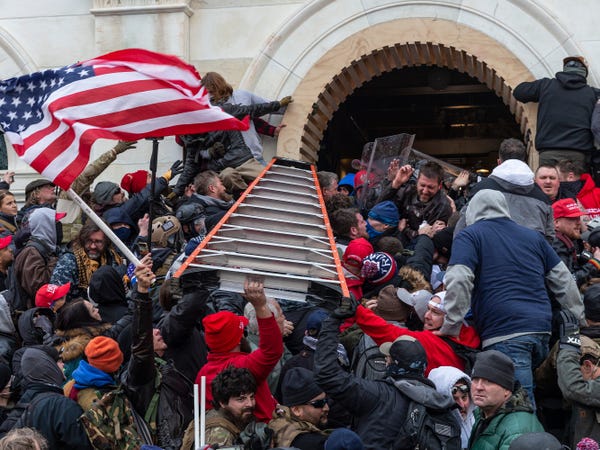 There’s video footage and photos showing how violent the assault on the Capitol was, but this hasn’t deterred Republicans from seeking to diminish what occurred.

The pro-Trump mob that brought violence and mayhem to Washington, DC, on January 6 mercilessly beat police and damaged property as they broke into the US Capitol. In the process, they temporarily delayed — but ultimately failed to prevent — the certification of President Joe Biden’s Electoral College victory.

The riot occurred shortly after Trump gave a speech filled with falsehoods about the election, and the insurrection was the bloody climax of an unprecedented effort to overturn the result. Trump repeatedly and erroneously claimed that the election was stolen, pushing the baseless notion that he only lost due to mass voter fraud.

With a week left in office, the House in mid-January impeached Trump a second time for inciting the deadly insurrection. He was ultimately acquitted in the Senate, with Republicans leading the way. Even some Senate Republicans who excoriated Trump over the attack, such as Senate Minority Leader Mitch McConnell, voted to acquit him.

In a move related to the broader effort to downplay the insurrection, House Republicans in early May ousted Rep. Liz Cheney of Wyoming as the third-highest ranking Republican in the lower chamber because she wouldn’t embrace Trump’s lies about the election. And Senate Republicans last week blocked a bipartisan bill to authorize the creation of a January 6 commission to look into the origins of the attack and offer guidance on how to prevent future incidents.

Putin: ‘We don’t have any issues with the US’ 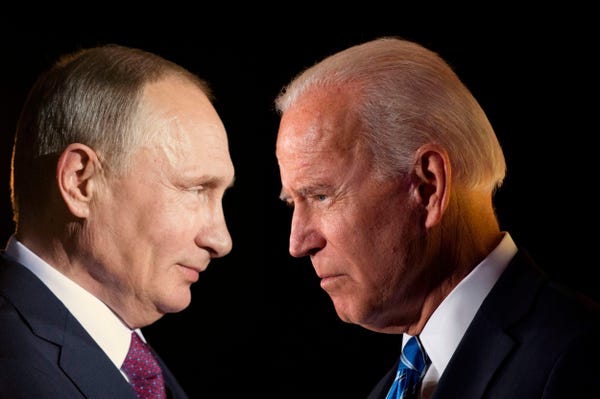 Putin’s comments on Friday came ahead of a highly-anticipated meeting with Biden in Geneva, Switzerland, set to occur on June 16. It will mark their first face-to-face meeting since Biden became president.

Relations between the US and Russia are at a historic low, with tensions high over a range of issues. Russia’s interference in US elections is at the heart of the animosity. The US intelligence community concluded that Putin likely directed the effort to interfere in 2020 to boost Trump’s presidential campaign, after coming to a similar assessment regarding the 2016 race.

The ongoing conflict in Ukraine involving Kremlin-backed rebels, the poisoning and imprisonment of opposition leader Alexei Navalny, and the SolarWinds hack have also driven the contentious dynamic.

Putin on Friday once again denied that Russia has interfered in US elections, and effectively blamed the US for the tensions between Washington and Moscow.

“We need to find ways of looking for a settlement in our relations, which are at an extremely low level now,” Putin said.

“We don’t have any issues with the US,” Putin added. “But it has an issue with us. It wants to contain our development and publicly talks about it. Economic restrictions and attempts to influence our country’s domestic politics, relying on forces they consider their allies inside Russia, stem from that.”