Home » Psaki on moving MLB All-Star Game to Colorado: Georgia legislation was 'built on a lie' 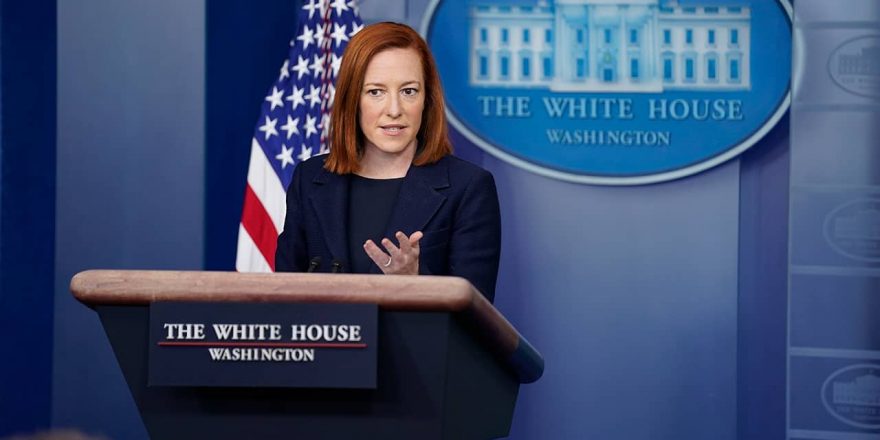 Psaki on moving MLB All-Star Game to Colorado: Georgia legislation was 'built on a lie'

White House press secretary Jen Psaki said that key context in Major League Baseball’s (MLB) decision to move from Georgia to Colorado was that the Peach State’s legislation was “built on a lie.”

Fox News’ Peter Doocy asked Psaki to weigh in on Tuesday, noting that the two states had similarities in their election law.

The press secretary refuted that their election law was similar, noting that Colorado mails absentee ballot requests to everyone who is eligible to vote and 94% of the state voted by mail in the 2020 election. She also said the state allows for a “range of materials” to be provided as identification to vote in person.

“But it’s important to remember the context here, the Georgia election bill was built on a lie. There was no widespread fraud in the 2020 election,” Psaki continued. “Georgia’s top Republican election officials have acknowledged that repeatedly. What there was, however, was record-setting turnout, especially by voters of color.

“What we’re seeing here is for pols who didn’t like the outcome, they’re not changing their policies to win more votes, they’re changing the rules to exclude more voters,” the press secretary said.

She added that it was ultimately up to MLB to decide where to play their game.

The Associated Press reported Tuesday that the MLB will relocate the game to Denver’s Coors Field after pulling it from Atlanta over Georgia voting laws. In response, Georgia Gov. Brian Kemp addressed the situation, comparing the two states’ procedures, saying he is baffled by the decision.

“Georgia has 17 days of in-person early voting including two optional Sundays, Colorado has 15,” the Republican governor said. “So what I’m being told, they also have a photo ID requirement. So it doesn’t make a whole lot of sense to me.”

As it turns out, Colorado also requires voters to show identification when voting in person, and the state says that first-time mail-in voters may be required to include a copy of their identification with their ballot.

Georgia requires identification for in-person and all absentee voting. According to Georgia Secretary of State Brad Raffensperger’s office, voters without ID can use the last four digits of their social security number, a utility bill, bank statement, government check, paycheck, or another government document with their name and address on it.

Colorado relies on signature matching for absentee ballots other than those from first-time mail-in voters, which is what Georgia did in the 2020 election.

Colorado also automatically sends absentee ballots to all registered voters, whereas Georgia only sends to those who request them, a measure meant to prevent sending ballots to the wrong address or to those no longer eligible to vote.

Drop boxes in Georgia must be placed in a county election office or early-voting precinct location, so they’re only available during business hours to be monitored.

Last week, before the MLB said it would exit in response to the state’s voting law, Biden said he would “strongly support” baseball players pushing to move the game.

“I think today’s professional athletes are acting incredibly responsibly. I would strongly support them doing that,” Biden told ESPN last week. “People look to them. They’re leaders. The very people who are victimized the most are the leaders in these various sports.”