Home » Politics » President Joe Biden is expanding Trump's ban on US investments in some Chinese companies, like those whose surveillance tech is used against Uyghur Muslims 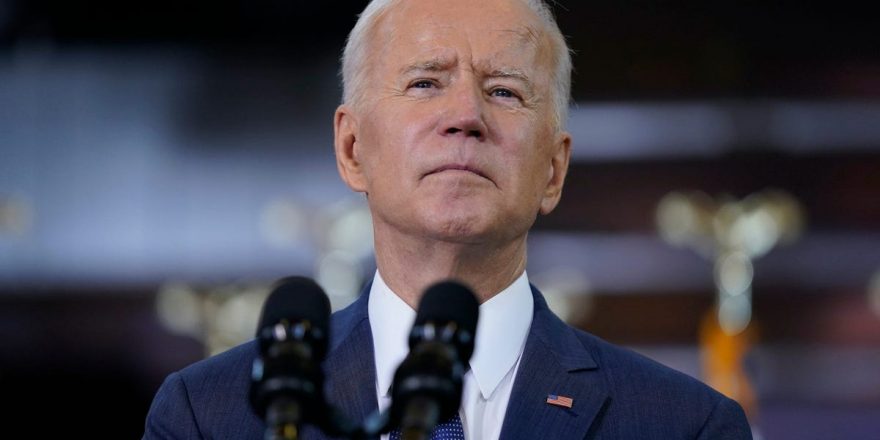 President Joe Biden is expanding Trump's ban on US investments in some Chinese companies, like those whose surveillance tech is used against Uyghur Muslims

President Joe Biden signed an executive order on Thursday increasing the number of Chinese companies in which Americans are prohibited from investing.

It expands on former President Donald Trump’s November order that banned investment in an initial group of Chinese companies whose surveillance technology was used by the government. The new order specifically zeroes in on technology used against the Uyghur Muslim minority and Hong Kong protesters.

It goes into effect on August 2.

The use of Chinese surveillance technology to “facilitate repressions or serious human rights abuse constitute unusual and extraordinary threats” to American national security, foreign policy, and its economy, Biden said in the order.

Some of the Chinese companies on the ban list are tech giant Huawei and Semiconductor Manufacturing International Corporation, the nation’s largest semiconductor company. Huawei was reportedly testing artificial intelligence software that could identify the faces of Uyghur individuals and alert them to the Party through a so-called Uyghur alarm last year.

Huawei acknowledged that there was a company document detailing its testing of the software, according to the Washington Post. The company has also reportedly worked with security companies to develop surveillance tools, some of which can identify and surveil citizens based on their ethnicity.

Huawei did not immediately respond to a request for comment.

Missing from the list are WeChat and TikTok’s parent company, Bytedance — Trump signed an executive order in 2020 to ban the two apps from US app stores over national security concerns. However, the ban — separate from Thursday’s executive order — never went into effect, and Biden will likely abandon plans to carry it out.

Read more: Europe is catching up with the US and China as all sides plow money into the ‘AI arms race’, experts say

International human rights advocates have long condemned China’s use of facial recognition and AI in surveilling citizens, specifically in tracking members of the Uyghur Muslim minority native to the Xinjiang region.

Human Rights Watch estimates that 1 million Uyghur Muslims are being persecuted in China and have been detained in internment camps, where they are forced to abandon their culture for Chinese customs. Reports have surfaced of torture at these camps, including one woman who said she witnessed a gang rape and medical experiments on the prisoners while she was teaching Chinese propaganda.

The government has also been accused of sterilizing Uyghur women.  China has pushed back on the characterization of the camps, claiming they are for “reeducation” purposes and calling Uyghur Muslims terrorists and religious extremists.