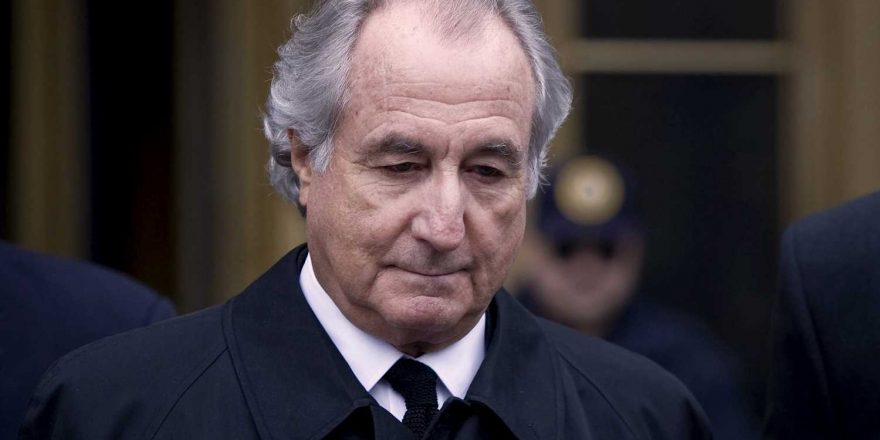 Some people might argue that Bernie Madoff was grossly overpaid even at just 24 cents per hour for working as an orderly in prison.

Madoff, the late Ponzi scheme king who ripped off thousands of people for billions of dollars, earned just $710 after almost 3,000 hours of work while serving 12 years in a North Carolina federal prison before dying of kidney failure in April, newly released records show.

And when he died at age 82, Madoff did not leave behind much in the way of personal property: 8 AAA batteries, 4 paperback religious books, a Casio calculator, four packages of popcorn, one package of ramen soup, a box of gefilte fish, and not a whole lot more.

The Bureau of Prison records, first reported by the online publication The City, also reveal that while Madoff generally received positive reviews for his performance as an orderly, at one point a supervisor noted he "needs closer supervision than most," and was "not very dependable."

That certainly was the case when Madoff was running Bernard L. Madoff Investment Securities in New York, where for decades he lived a luxurious lifestyle as he kept clients happy with consistent investment returns on their portfolios.

Those returns turned out to be a sham.

In 2008, federal prosecutors charged Madoff with running the largest Ponzi scheme in history, having used money from some investors to pay the purported profits to other people.

Madoff's sons, Mark and Andrew, had informed authorities that he had confessed to them that his business was a complete fraud.

Madoff pleaded guilty in 2009 in Manhattan federal court to 11 felonies and was sentenced to 150 years in prison.

Mark Madoff killed himself at age 46 in 2010, two years to the day of this father's arrest. Andrew Madoff died four years after that of lymphoma at age 48.

While in prison in Butner, North Carolina, Madoff worked as an orderly first in a section of the lock-up dedicated to educational programs. He later asked to be moved to work in the chapel area, The City noted in its report.

Last year, Madoff's lawyer revealed in court filings that the sociopathic swindler was terminally ill with kidney disease, as he asked a judge to grant Madoff early release on compassionate grounds.

Manhattan federal Judge Denny Chin shot down that request in June 2020, noting that Madoff had committed "one of the most egregious financial times of all time" and that "many people are still suffering from it."

One of Madoff's victims had written Chin, "I believe with all my heart that my husband would be alive today if he had not had to deal with the stress and emotional despair that the loss of almost all our money had on our family."

In December, the Justice Department announced that the Madoff Victim Fund had distributed a total of $3.2 billion to almost 37,000 people defrauded by Madoff. That dollar amount equals more than 80% of total losses incurred by the victims.

The fund's money comes from the recovery of assets linked to Madoff. The fund projects to ultimately return a total of more than $4 billion in assets.