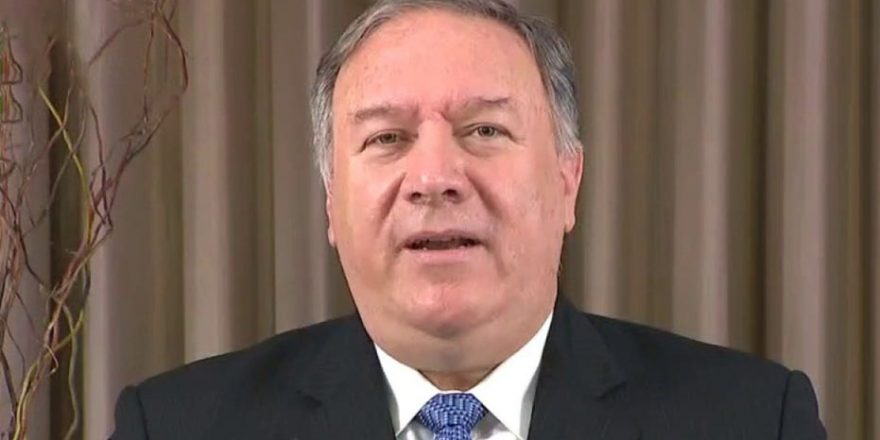 Pompeo: ‘Enormous evidence’ that COVID-19 may have escaped from Wuhan lab

Former Secretary of State Mike Pompeo said Saturday that the Wuhan Institute of Virology (WIV) was engaged in military activity alongside its civilian research — amid renewed scrutiny of the theory that the COVID-19 pandemic emerged from the secretive lab.

“What I can say for sure is this: we know that they were engaged in efforts connected to the People’s Liberation Army inside of that laboratory, so military activity being performed alongside what they claimed was just good old civilian research,” Pompeo said on “Fox & Friends Weekend.”

“They refuse to tell us what it was, they refuse to describe the nature of either of those, they refused to allow access to the World Health Organization when it tried to get in there.”

While it is widely accepted that the pandemic originated in Wuhan, it has been debated whether it originated in a nearby wet market or the secretive institute. The Trump administration promoted the lab leak theory, but it was downplayed by media outlets and some experts, who declared it a conspiracy theory.

But it has gained traction again in recent weeks, particularly after China has stonewalled a World Health Organization investigation into the origins of the virus, and reports that multiple lab workers were hospitalized in November with COVID-like symptoms

The intelligence community said this week it is working “aggressively” to investigate the origin of the virus — and is due to report back to Biden within 90 days.

“The U.S. Intelligence Community does not know exactly where, when, or how the COVID-19 virus was transmitted initially but has coalesced around two likely scenarios: either it emerged naturally from human contact with infected animals or it was a laboratory accident,” Assistant Director of National Intelligence for Strategic Communications Amanda Schoch said in a statement Thursday.

The Wuhan Institute of Virology, one of China’s top virus research labs, built an archive of genetic information about bat coronaviruses after the 2003 outbreak of Severe Acute Respiratory Syndrome (SARS) and has faced criticism over its transparency throughout the COVID-19 pandemic.

But for Trump officials, this has been something they have suspected for a while. President Trump believed the theory to be credible and declared himself vindicated this week.

“Now everybody is agreeing that I was right when I very early on called Wuhan as the source of COVID-19, sometimes referred to as the China Virus,” he said in a statement.

The State Department had put out a fact sheet in the latter days of the Trump administration warning that “a laboratory accident could resemble a natural outbreak if the initial exposure included only a few individuals and was compounded by asymptomatic infection.”

Pompeo on Saturday said that it was important that the Biden administration pursue an investigation into how the pandemic originated and what was going on at the Wuhan Institute.

“I’ve known since spring of last year, 2020, when I first spoke about this that there is enormous evidence that this escaped from that laboratory in Wuhan,” he said. “We know there were people who got sick there, scientists who got sick there, we know they were doing the gain of function research — essentially taking viruses and making them more contagious, potentially more lethal, this administration has to get after this.”