Buttigieg was on the campaign trail in Des Moines, Iowa, Friday evening at an event labeled as a book club discussion about “Shortest Way Home,” which he released earlier this year.

But it was his comments on the Trump administration’s record on LGBT rights that might spark the most interest.

“Even though they’re paying lip service to the idea of — like the president was asked about my marriage, so he could have the opportunity to say he’s fine with it,” Buttigieg said. “That’s nice.”

Trump was asked in a Fox News interview on Thursday about Buttigieg appearing on stage at campaign events with his husband, Chasten.

“I think it’s absolutely fine, I do,” Trump responded. “I think it’s great. I think that’s something that perhaps some people will have a problem with; I have no problem with it whatsoever.”

Buttigieg attacked the current administration on its actions against gay and transgender Americans, though. He pointed to a story reported in The Daily Beast earlier this week exposing that the adopted children of LGBT parents are now considered being born out of wedlock, even if biologically related, and the U.S. citizenship of the parents no longer grants the child the same citizenship.

“We find out this week that they changed the State Department guidance — I don’t know if you saw this,” Buttigieg told the audience Friday night. “So if you are, for example, in an international adoption scenario, and you’re a same-sex couple, as far as the United States government is concerned, you have a child born out of wedlock. Think about what that means. It means you are not a citizen of the same country as your own child at the time that they are born. And that’s discrimination.” 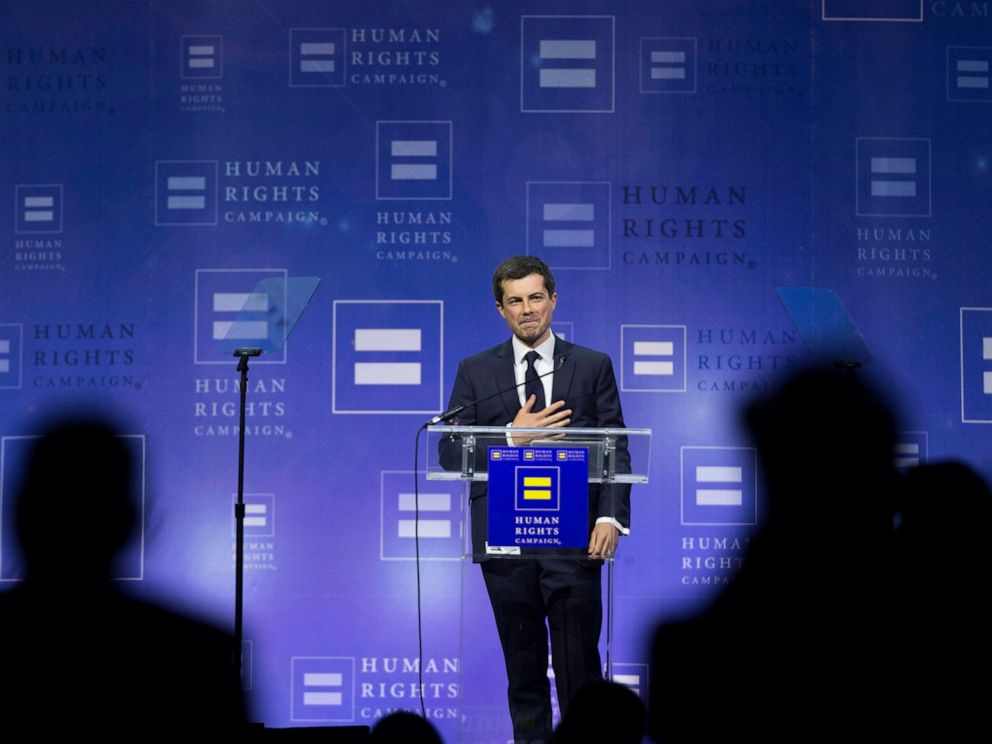 During the campaign, Trump repeatedly told crowds he would be a friend to LGBT citizens. He tweeted in July 2016, “Thank you to the LGBT community! I will fight for you while Hillary brings in more people that will threaten your freedoms and beliefs.” He offered no clarification on how this was true.

“Every policy turn we’ve seen out of this administration has been hostile to LGBTQ people,” Butigieg said.

The candidate earlier sparred with Vice President Mike Pence on religion and sexuality. Pence told CNN in April he is “a Bible-believing Christian” and “I draw my truth from God’s word.”

Buttigieg rebutted the former Indiana governor on “Ellen,” saying, “I’m not interested in feuding with the vice president, but if he wanted to clear this up, he could come out today and say he’s changed his mind that it shouldn’t be legal to discriminate against anybody in this country for who they are.” 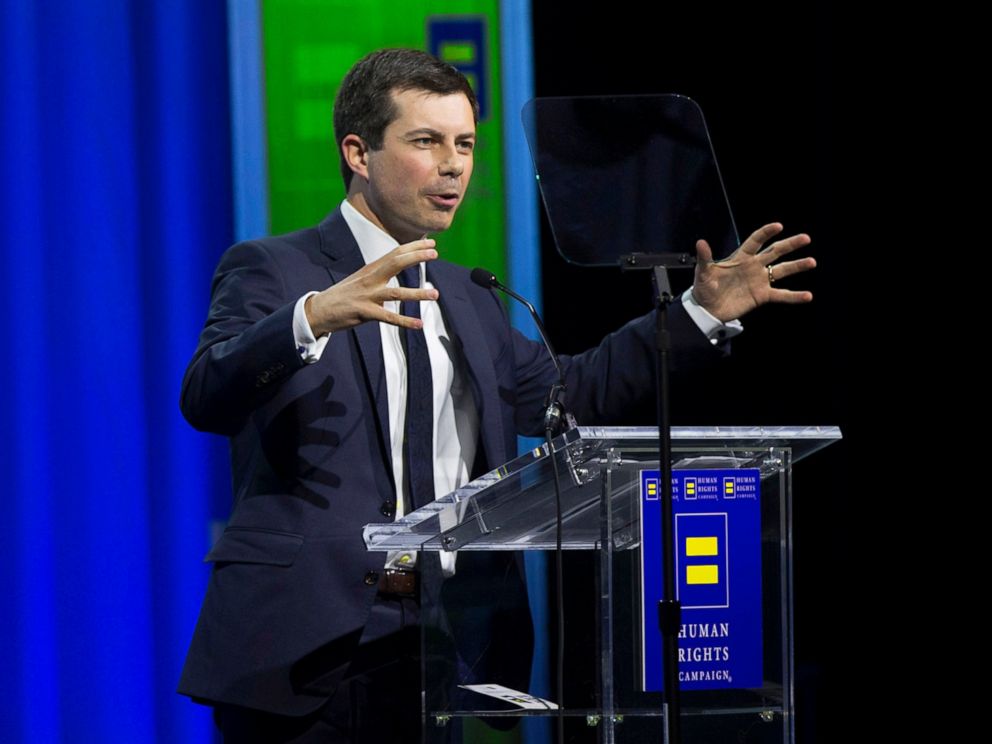 The 37-year-old, who came out as gay in 2015 and married Chasten in June 2018, also was critical on Friday of Trump’s transgender military policy. The president announced suddenly via tweet in 2017 that transgender individuals would not be allowed to serve in the U.S. military. Two years later, in April, the policy went into place that largely disallows people from serving in the military unless they adhere to the sex they are assigned at birth.

“Needless to say, the war on trans Americans, the attack on the ability of transgender Americans to serve in the military, is an example of that [hostility toward LGBTQ people],” Buttigieg said.

Buttigieg will continue on his two-day trip in Iowa on Saturday with events in Iowa City and Dubuque.