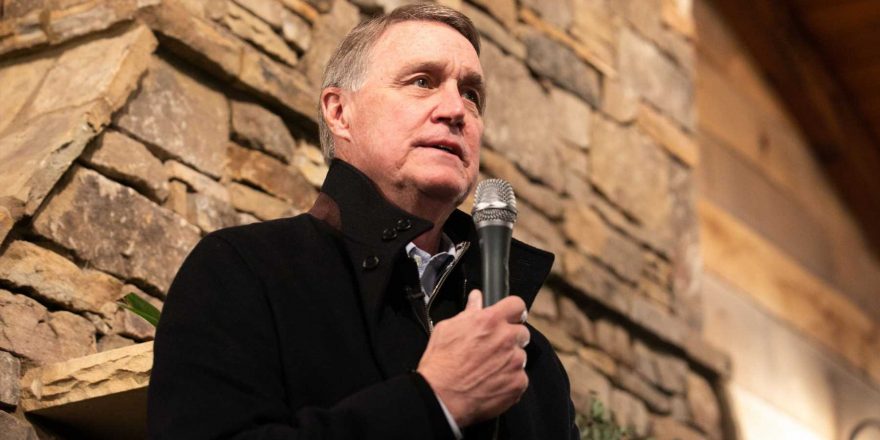 “I guess I was raised differently,” Perdue said Monday on Fox News, referring to Georgia Secretary of State Brad Raffensperger, who is also a Republican.

“To have a statewide elected official, regardless of party, tape without disclosing a conversation — a private conversation — with the president of the United States, and then leaking it to the press, is disgusting,” he continued, echoing similar remarks he made Sunday on Fox News.

The Washington Post published a transcript of Raffensperger’s call with Trump on Sunday, a day after it occurred. In it, Trump asks state officials to “find” enough votes to reverse the state’s tally, despite the state conducting a lengthy recount and recertification process to declare President-elect Joe Biden the winner. Trump also appears to threaten Georgia’s officials with prosecution for not tossing out so-called “corrupt” ballots.

Raffensperger, alongside Ryan Germany, the top lawyer in his office, repeatedly tells Trump on the call that he is wrong.

Georgia is a one-party consent state, meaning it’s legal to record a conversation if at least one party consents. Perdue turning his ire toward Raffensperger is a clear attempt to shift the scandal away from Trump, with whom he’s allied himself ahead of his runoff race against Democrat Jon Ossoff.

“I didn’t hear anything in that tape that the president hasn’t already said for weeks now since the November election,” Perdue said Monday on Fox News, downplaying the significance of the president’s remarks.

Both Trump and Vice President Mike Pence are campaigning in Georgia Monday on behalf of Perdue, whose term ended Sunday, and fellow Georgia Sen. Kelly Loeffler, who is also in a runoff election against Democrat Rev. Raphael Warnock. Democrats must win both seats to establish an equal presence with Republicans in the Senate, with Vice President-elect Kamala Harris breaking any tie votes.