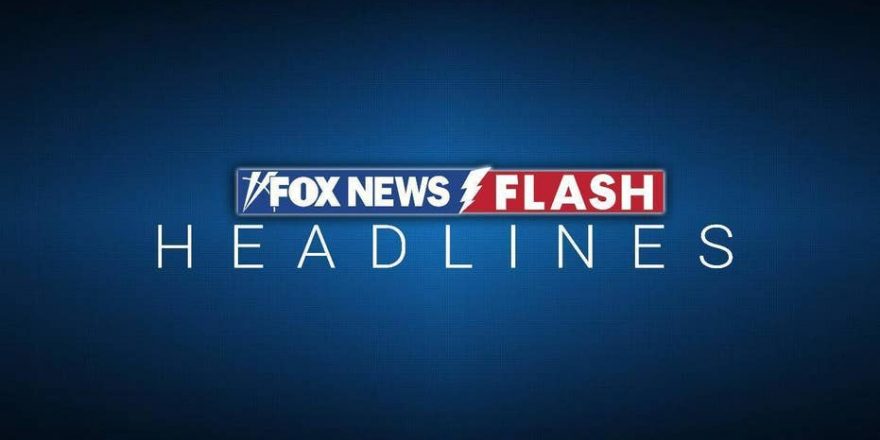 House Speaker Nancy Pelosi barely addressed the crisis in Afghanistan this week as the House of Representatives met for a few days to move along some of the Democrats’ domestic legislative agenda, then closed up shop as terror threats grew.

With the Senate also out, President Biden left alone at the helm of the government to deal with threats to those trying to leave Afghanistan, including a terror attack Thursday at the Kabul airport. There was also a firefight and Afghan casualties at the site of the attack outside the Abbey Gate, according to a US official. At least three U.S. Marines were wounded.

“There is an ongoing and high threat of terrorist attack. Do not travel to Kabul Hamid Karzai International Airport. If you are in the area of the airport, move away to a safe location,” the United Kingdom’s government told citizens there Wednesday.

“Because of security threats outside the gates of Kabul airport, we are advising U.S. citizens to avoid traveling to the airport and to avoid airport gates at this time unless you receive individual instructions from a U.S. government representative to do so,” the U.S. Embassy in Kabul said to Americans.

Then Thursday two explosions rocked Kabul, including a second explosion near the Baron hotel, where U.S. Army helicopters previously evacuated Americans into the Kabul airport. The Pentagon said that the explosion at the Abbey Gate “resulted in a number of US & civilian casualties.”

Afghanistan’s TOLO News reported that 30 patients have arrived at the Kabul Surgical Centre and six others were dead on arrival. Video reviewed by Fox News indicated that the death toll is likely significantly higher than that.

But the House of Representatives in its two days in session this week took no votes on Afghanistan-related legislation. The only major votes it took were on a Democrat-backed elections bill and a procedural “rule” that advances Democrats’ $3.5 trillion spending plan while scheduling a vote for the bipartisan infrastructure bill.

House Minority Leader Kevin McCarthy, R-Calif., slammed Pelosi, D-Calif., over what he alleged was a lack of focus on the most important issue of the moment.

Pelosi was around the Capitol “late into the night” working on Democrats’ spending agenda, McCarthy said, but “not one moment of that time was spent on getting Americans home from Afghanistan.”

McCarthy continued: “What do you think those Americans were doing late at night, trying to find a path to get to that airport?… Not one moment was spent on – not one dollar was passed this time in Congress. Five trillion, just deemed not debated, none of that money going to help an American get back.” 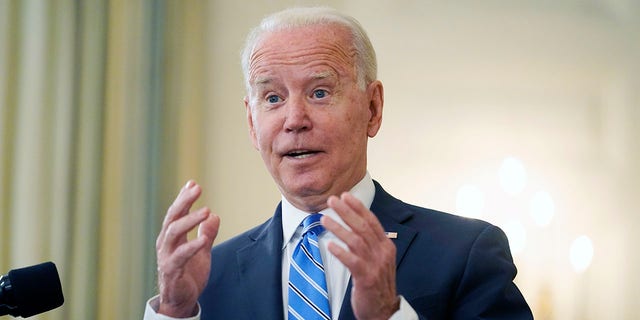 President Joe Biden speaks about the economy and his infrastructure agenda in the State Dining Room of the White House, in Washington, Monday, July 19th, 2021. Biden’s ability to manage a foreign policy crisis may come under even further scrutiny this week amid a terror threat to the Kabul airport. (AP Photo/Andrew Harnik)
(AP Photo/Andrew Harnik)

Congressional sources tell Fox News that they are getting information that the attack may be ongoing and more attacks to come. But because Congress is out of session it is difficult to brief members unless they can get to a secured location, information coming to lawmakers is fragmentary. 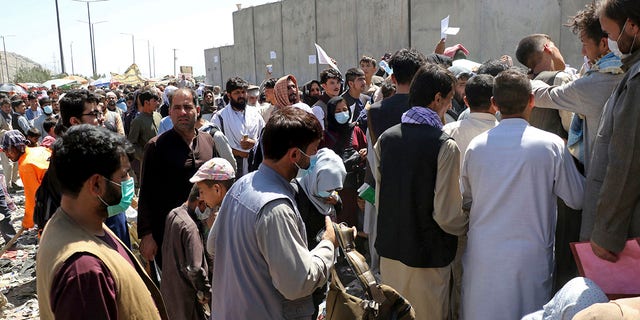 Hundreds of people, some holding documents, gather near an evacuation control checkpoint on the perimeter of the Hamid Karzai International Airport, in Kabul, Afghanistan, Thursday, Aug. 26, 2021. Western nations warned Thursday of a possible attack on Kabul’s airport, where thousands have flocked as they try to flee Taliban-controlled Afghanistan in the waning days of a massive airlift. (AP Photo/Wali Sabawoon)
(AP Photo/Wali Sabawoon)

The most significant comments from Pelosi on Afghanistan came in a press conference in which she said, “Our hopes and prayers and thoughts are with the people there.” She also lauded members, Rep Jason Crow, D-Colo., in particular, for supporting a bill to help increase the government’s capability to evacuate American allies from Afghanistan. But that legislation came in July, well before the situation in Afghanistan deteriorated.

Pelosi also condemned Reps. Peter Meijer, R-Mich., and Seth Moulton, D-Mass., for traveling to Afghanistan this week, saying they put themselves and those around them in danger by doing so. But she bristled when asked whether the fact that the congressmen believed the trip necessary amid such a dire situation indicated a potential problem in the Biden administration’s evacuation of Americans.

“No,” Pelosi said. “I think it speaks to that they wanted to freelance on their own. I would not make anything bigger of this.”

Pelosi’s office did not immediately respond to a request for comment asking for a response to McCarthy’s criticism.

Nevertheless, members of the House and Senate continue to say that they are getting reports from constituents and other Americans in Afghanistan that they are unable to get to the Kabul airport and be evacuated. Secretary of State Antony Blinken said Wednesday about 1,500 Americans are still in Afghanistan and want to leave, and that the State Department has had direct contact with 500 in the past 24 hours. Blinken said 4,500 Americans had been evacuated.

This comes as the White House said Thursday that 17 U.S. military flights between 3 a.m. Wednesday and 3 a.m. Thursday evacuated 5,100 people from Kabul. The White House did not provide numbers on how many Americans were among those evacuated in that period.

Biden Thursday is meeting with his national security team in the morning on the Afghanistan situation before meeting with new Israeli Prime Minister Naftali Bennett. In the afternoon, Biden will meet virtually with governors who agreed to resettle U.S. allies from Afghanistan in their states.

It’s unclear if that schedule will remain on time in light of the attacks.