Home » Politics » Partner of Capitol Police Officer Who Died After Taking On Jan. 6 Rioters Says Trump 'Needs to Be in Prison' 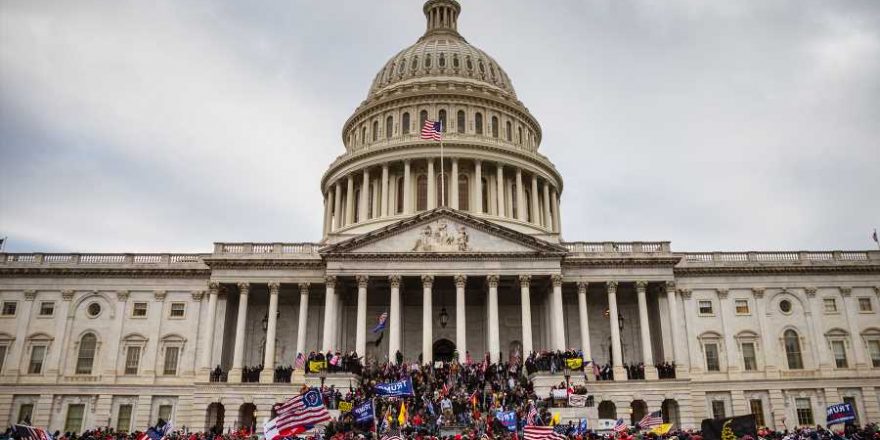 Partner of Capitol Police Officer Who Died After Taking On Jan. 6 Rioters Says Trump 'Needs to Be in Prison'

Capitol Police Officer Brian Sicknick, who died following his efforts to defend the Capitol against a hoard of angry Trump supporters, was a supporter of the now former president, as was his girlfriend of 11 years, Sandra Garza. But Garza now says that Trump “needs to be in prison” because he is “100 percent responsible” for what occurred that day. She believes that Sicknick, too, “would have viewed Donald Trump in a very different light,” had he survived.

“I hold Donald Trump 100 percent responsible for what happened on Jan. 6 and all of the people that have enabled him, enabled him that day, and continue to enable him now,” Garza told PBS NewsHour on Monday. Responding to host Judy Woodruff’s question about how Trump should be held accountable, Garza said, “Personally, for me, I think he needs to be in prison. That is what I think.”

The 80 Greatest Dylan Covers of All Time

Garza and Sicknick were both Trump supporters before the attack on the Capitol, but Garza told PBS she now believes Trump is “a horrible person,” adding that the former president never reached out to express his condolences for her partner’s death. “And he still has not contacted me, by the way,” she said.

“I was a person who supported Donald Trump,” Garza told CBS this past weekend. “Brian was a supporter of his. I mean, even on Brian’s Twitter page, he had Donald Trump’s personal plane in the background, as his background picture.”

But had Brian lived to realize all that happened on Jan. 6, “I think Brian would be horrified. I think he would have viewed Donald Trump in a very different light,” Garza told Woodruff.

D.C.’s Chief Medical Examiner, Francisco J. Diaz, declared that Sicknick died of natural causes, resulting from two strokes at the base of his brain stem. Diaz pointed out that Sicknick was one of the officers who was engaging with rioters and said, “All that transpired played a role in his condition.“

As for Trump, he has publicly glossed over Sicknick’s death, saying during a December event with Bill O’Reilly that Ashli Babbitt, a veteran who was shot by Capitol Police, was the only person who died on Jan. 6. “Nobody died that day other than a wonderful patriot named Ashli Babbitt,” Trump claimed. While Sicknick technically died on Jan. 7, other people at the riot died including three additional Trump supporters: Rosanne Boyland, who appeared to be trampled by the crowd at one point and died of acute amphetamine intoxication; Benjamin Phillips, who suffered a stroke; and Kevin Greeson, who had a heart attack.

Garza and Sicknick’s mother appeared on Capitol Hill this past summer in an effort to lobby lawmakers to support an independent commission to investigate Jan. 6., but Republicans blocked the proposal.