Home » Politics » OnPolitics: How to tackle border issues? VP Harris has a plan. 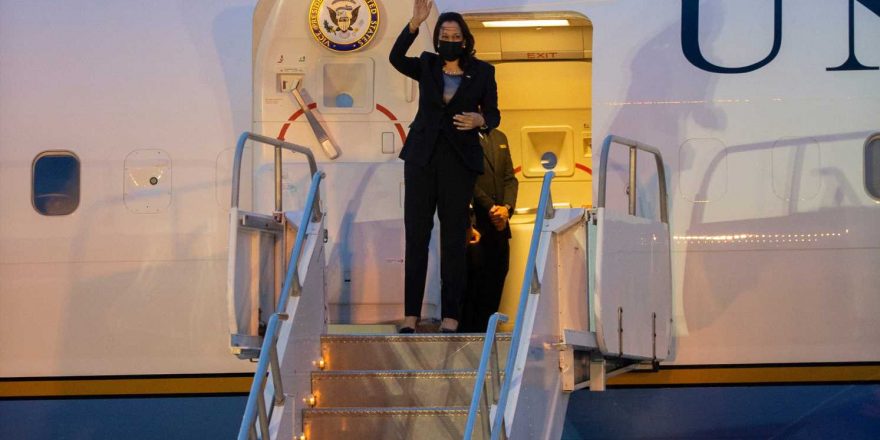 OnPolitics: How to tackle border issues? VP Harris has a plan.

Welcome to a new week, OnPolitics readers. Hope you got some rest because we have much to catch up on.

Also in this edition:

It’ Mabinty, with the news of the day.  Let’s do this.

Want this news roundup in your inbox every night? Sign up for OnPolitics newsletter here.

Vice President Kamala Harris in a trip to Guatemala Monday announced new initiatives to address corruption and human trafficking in the region, and continued to urge people from Central America to not come to the U.S.-Mexico border.

(🚨Her first trip abroad to Guatemala and Mexico got off to a rocky start Sunday, when a technical issue grounded the plane after about 30 minutes into the flight.)

Among the initiatives Harris announced:

What would you do to deal with this issue? Scholars and officials from across the political spectrum have a number of ideas for reforming U.S. immigration, with varying degrees of bipartisan support. USA TODAY surveyed a number of immigration experts for their potential reforms to the U.S. immigration system. Here are some of their responses.

News you should be reading:

Donald Trump is back (again)

After more than three months behind closed doors, former president Donald Trump returned to the political stage Saturday by attacking Democrats and Republican critics while sweeping aside his own political problems, including social media bans and criminal investigations.

“It’s a disgrace what’s happening to our country,” Trump told delegates to the North Carolina Republican Party state convention in a rambling 85-minute speech that touched on an array of political themes and grievances.

In his first televised speech since late February, Trump issued standard attacks on President Joe Biden and “radical Democrats,” while repeating baseless claims of “voter fraud” in his 2020 election loss. Trump pledged to help Republicans win back Congress in the 2022 elections and suggested he might run again for president himself in 2024.

Meanwhile, Republicans at the state and local level are cementing their loyalty to the one-term president, assuring that Trump will remain the party’s future despite his defeat in November.

Congrats to Meghan & Harry on the arrival of Lilibet Diana 👑! —Mabinty