Home » Politics » 'One of two extremes': Chile set for its most divisive election run-off since returning to democracy 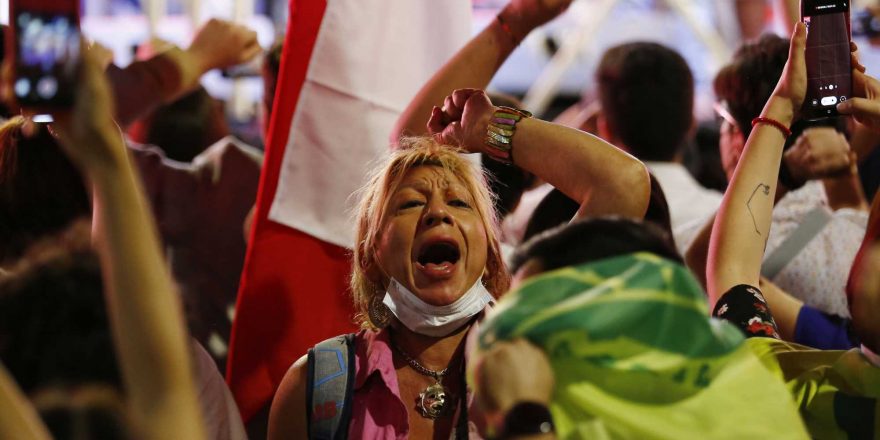 'One of two extremes': Chile set for its most divisive election run-off since returning to democracy

The presidential run-off on Dec. 19 will see citizens of Latin America's small but wealthy Andean nation cast their ballots in favor of one of two outsider candidates promising to chart wildly different paths.

Polls suggest that leftist lawmaker and former student activist, Gabriel Boric, has a slender lead over his ultra-conservative rival, Jose Antonio Kast, although a volatile social mood means the race is likely to go down to the wire.

Whatever the outcome, the second round will bring about the most profound political shift since the country returned to democracy in 1990.

"There are no moderates anymore," Shreya Mukarji, research analyst at the Economist Intelligence Unit, told CNBC via video call.

"So, we will really see exactly how Chilean society is divided in terms of the political spectrum. It is about choosing one of two extremes," Mukarji said, noting that Kast is "much more" extreme right than Boric is extreme left.

Millions of people in Chile took part in anti-inequality demonstrations in late 2019 and 2020 to demand improvements to their quality of life and to vent their anger at the legacy of Pinochet-era privatized social services.

The prolonged protests helped to pave the way for a redrafting of the country's constitution. A referendum on whether to approve the new charter will be held next year.

Chile, a country of roughly 19.3 million that stretches down South America's Pacific coast, is the world's top copper-producing country. It also has the largest known reserves of lithium — a lightweight metal that is an essential component to manufacturing batteries for electric vehicles.

Who's going to win?

Kast, a former congressman and father of nine who has been likened to Brazil's Jair Bolsonaro and former U.S. President Donald Trump, won the first round on Nov. 21 with some 28% of the vote. The 55-year-old led a field of candidates who fell well short of the majority needed to secure an outright victory.

Boric, 35, who rose to prominence in 2011 as a protest leader demanding improvement to the country's education system, won about 26% in the first round — a close second to Kast.

No contender has won the Chile presidency after losing the first round. Yet, opinion polls have repeatedly shown Boric to be the most likely winner next week.

Analysts told CNBC that Boric is the slight favorite to win the run-off. However, they cited two factors that could tip the scales in either candidate's favor: The possibility of low voter turnout — which came in at 47.3% in the first round — and a still sizeable number of undecided voters.

"It is going to be a competitive election," Maria Luisa Puig, director of Latin America for Eurasia Group, a political risk consultancy, told CNBC via telephone.

Puig said it had been her team's view for a while that Boric would be most likely to win, highlighting "strong discontent" with the status quo.

She added that "[President Sebastian] Pinera's approval rating has been very low for most of his term, which suggests that there is a demand for change and therefore that the left — in this case, Boric — starts with an advantage."

What would a Boric or Kast presidency look like?

Boric has said he wants the Chilean state to do more to provide and guarantee social rights. He has pledged, if elected, to scrap the country's private pension system, raise taxes on the "super-rich" and strengthen the protection of indigenous people and the environment. He is running as the head of a broad alliance that includes Chile's Communist Party.

Kast, meanwhile, has been able to tap into a segment of the electorate with a hardline stance on issues such as security and migration, calling for a "security barrier" to stop people from entering the country. He has praised the "economic legacy" of former dictator Augusto Pinochet and campaigned to reduce taxes and regulations.

Analysts told CNBC they had deep concerns about either candidate's ability to govern effectively. This was partly due to widespread social unrest and the prospect of direct institutional challenges to their authority.

"I think the most important factor at play here is the legislature and we already have the results for that," Mukarji said. "The legislature remains evenly divided between left and right parties and the share of moderate parties is much greater than that of extreme parties."

"That's going to do two things," she continued. "One thing is that it is going to ensure that policymaking, in general, is not going to veer too far to the left or to the right and ensure that policy remains broadly moderate. The other thing is we are going to see more and more legislative gridlock."

This is likely to constrain the proposals tabled by both Boric and Kast, Mukarji said.

What's more, whoever wins the presidency will also have to navigate a referendum to approve or reject the text of a new constitution during his first year in office. An assembly of mostly leftist and independent representatives is leading the redrafting process, which is set to determine how powerful the executive can be.

"There is a legal possibility for the convention to call upon new elections if the political system gets sufficiently overhauled, and we expect that to happen one way or the other," Machado said. "So, basically either Boric or Kast get elected [and] six months in, you might have a completely new playbook coming your way."