Home » Politics » On COVID-19 vaccine incentives, Mary Poppins was right about that spoonful of sugar 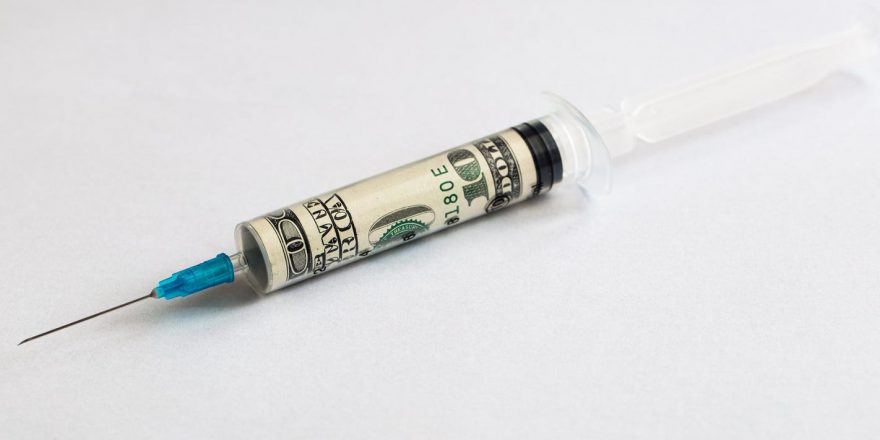 On COVID-19 vaccine incentives, Mary Poppins was right about that spoonful of sugar

You’re reading Our View, one of two perspectives in Today’s Debate.

For Another View, read Counteract the anti-science aggression.

And all major vaccines – Pfizer, Moderna and Johnson & Johnson versions in the United States – appear effective against most feared, emerging variants, according to the Centers for Disease Control and Prevention.

The only shadow cast on this American success story is that tens of millions of people still resist inoculation. And their individual risk is that despite a national decline in COVID-19 cases and the joy for millions who with shots are now immune, infection rates among the unvaccinated in several states are as severe as they were in the darkest days of winter, according to a Washington Post analysis.

So how can a free Krispy Kreme doughnut make a difference? If it incentivizes one person to roll up a sleeve and get vaccinated, that’s a very good thing.

Americans have been plied with free pastries, free Uber or Lyft rides to vaccination sites, free beer, free concerts, free trips to the Bronx Zoo, a pound of free crawfish and even free joints (yes, the funny kind) if they’ll just get jabbed.

And the inducements don’t end there.

A vaccine syringe with $100 bill rolled up inside it. (Photo: Getty Images)

CVS Health, which has administered more than 17 million doses through its pharmacies, last week announced that it will hold a sweepstakes for all those who have gotten the vaccine from one of its outlets or who plan to. Top prize: a VIP trip for two to the next Super Bowl. Other giveaways includes hundreds or thousands of dollars in cash, cruises or trips to Bermuda.

$100 savings bonds, or win the lottery

State governments have joined this tsunami of subornation, starting with West Virginia in late April promising $100 savings bonds to residents ages 16-35 who get the shot. Since then, state giveaways have gone through the roof, with millions of dollars in payoffs promised in Colorado, Maryland, New York, Ohio, Oregon and, most recently, California, which will dole out $116.5 million in prizes that include $1.5 million to each of 10 vaccinated residents chosen at random.

Does any of this work?

Americans prodded by pollsters have conceded that, well, yes, Mary Poppins was right, a spoonful of sugar does help the medicine go down. About a third of the unvaccinated said a cash payment could make all the difference. (The incentive was stronger among Democrats than Republicans, for whatever that’s worth.)

‘How many people will die if we don’t do this?’

In being the first of governors to push for million dollar promotional drawing giveaways, Ohio’s Mike DeWine wrote in an opinion piece that his target was that group of people who are just noncommittal about getting the shot. He said he was guided by a single question: “How many people will die if we don’t do this?”

That potential loss of life, combined with the cost of health care and diminished productivity when people get COVID-19, far outweighs the expense of the promotional giveaway, DeWine wrote.

And in the end, according to a review by The Associated Press, the number of Ohioans 16 and older who got vaccinated in the week after the governor announced his lottery increased by 33%.

Abbigail Bugenske of Silverton, Ohio, talks on May 27, 2021, about being the first of what will be five million-dollar recipients for getting the COVID-19 vaccine. (Photo: Office of Ohio Governor via AP)

Last week, 22-year-old Abbigail Bugenske of Silverton, Ohio, became the first of what will be five million-dollar recipients for getting the COVID-19 vaccine. “It was a crazy night,” she told reporters.

Detractors may say that it’s unseemly to pay people to do the sensible thing, or that the money could be better used. Colorado Gov. Jared Polis is financing his state’s giveaway with federal coronavirus relief funds. But DeWine has it right. What’s most important is lives saved.

So go ahead and get the shot. There may be way more than a Krispy Kreme doughnut in it for you.

USA TODAY’s editorial opinions are decided by its Editorial Board, separate from the news staff and the USA TODAY Network. Most editorials are coupled with an Opposing View, a unique USA TODAY feature.

To read more editorials, go to the Opinion front page or sign up for the daily Opinion email newsletter. To respond to this editorial, submit a comment to [email protected]