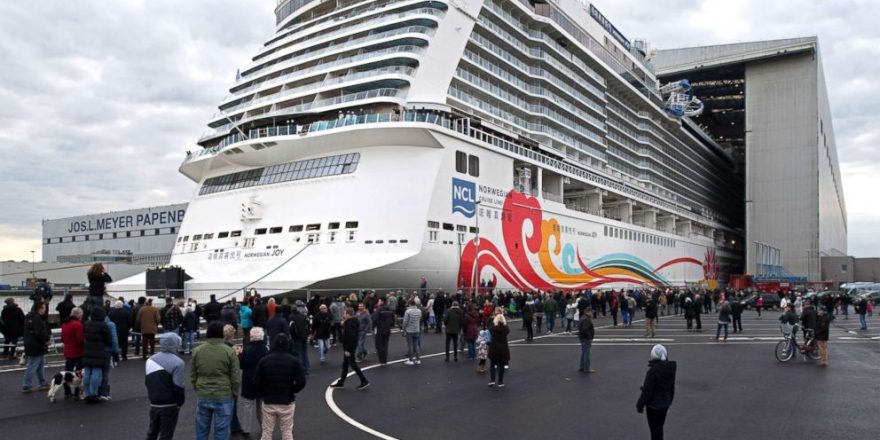 Norwegian Cruise Lines is suing Florida after the state banned vaccine passports, saying it cannot safely resume sailings without ensuring its passengers and crew are vaccinated against COVID-19.

In a complaint filed Tuesday, the company called the move a “last resort.”

“The State of Florida has indicated that it is otherwise preventing (Norwegian) from safely and soundly resuming passenger cruise operations from Miami, Florida, … in the way that this cruise line has determined will be best for all concerned — with the benefit of documentation confirming that all of its passengers and crew have been fully vaccinated against COVID-19,” the complaint said.

Florida’s law threatens to fine companies $5,000 each time they ask a customer to provide proof that they’ve been vaccinated. Gov. Ron DeSantis’ press secretary called the lawsuit “disappointing” saying Norwegian is “discriminating against children and other individuals who cannot be vaccinated or who have opted not to be vaccinated for reasons of health, religion, or conscience.”

“This Administration will not tolerate such widespread discrimination. Therefore, Norwegian faces a $5,000 fine from whom they demand a vaccination status,” Christina Pushaw, the governor’s press secretary, said in a statement to ABC News.

Company CEO Frank Del Rio previously threatened to move the company’s ships out of Florida if they were not allowed to mandate vaccines.

“At the end of the day, cruise ships have motors, propellers and rudders, and God forbid we can’t operate in the state of Florida for whatever reason, then there are other states that we do operate from, and we can operate from the Caribbean for a ship that otherwise would have gone to Florida,” Del Rio said during an earnings call in May.

Norwegian’s first cruise from Miami is scheduled to sail on Aug. 15, but the company said the ban on vaccine passports puts it in an “impossible dilemma.”

The Centers for Disease Control and Prevention has banned most cruising from U.S. waters since March 2020. Companies have been working with the CDC to resume sailings under its conditional sail order — a set of guidelines for cruise companies wishing to resume sailing in the U.S., including test cruises and vaccine requirements.

DeSantis recently won a lawsuit against the CDC, in which a judge ruled the agency overstepped in its authority regarding the conditional sail order.

Some companies have already resumed sailings from Florida, with the Celebrity Edge departing Port Everglades on June 26.

The Florida Department of Health did not immediately respond to request for comment.