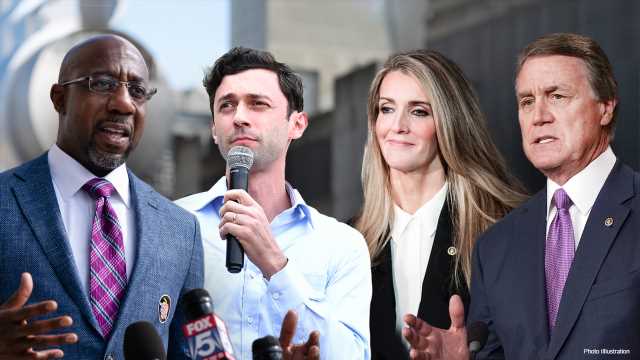 As a Republican who began his volunteer activities in Georgia in the 1960 Richard Nixon-Henry Cabot Lodge presidential campaign (I was in high school and there was such a small Georgia GOP then that every volunteer was welcome) I think it is necessary to have the courage to face the depth and scale of Tuesday’s disaster in the two Senate runoff elections in Georgia won by Democrats.

Many Republicans will try to avoid the scale of Tuesday’s defeat, but that would be an enormous mistake.

Everything we said about how important these runoff elections were (the most consequential in history) and the impact of losing (a profound shift in power giving a narrow Senate majority to Sen. Chuck Schumer of New York and his fellow Democrats) was true.

The two vital runoffs have now been lost, with the defeat of Republican Sens. Kelly Loeffler and David Perdue at the hands of Democrats Raphael Warnock and Jon Ossoff.

This double victory will be an enormous morale boost and a real increase in power for the Washington Democrats.

So, what lessons must we learn from this disaster of the first order?

We should look at the series of often unrelated events and activities that made Republican victories in these vital Senate races much more difficult.

First, we should acknowledge the remarkable job Democrat Stacey Abrams has done in building a powerful first-class voting machine in Georgia (making herself the most likely next governor). She has spent two full years since losing her own race for governor raising money nationally and building an organization that can turn out the vote on an unprecedented scale.

Abrams was a major factor in carrying Georgia for Joe Biden in the presidential election and in electing the two Democrats in the Senate runoffs. By force of personality and a lot of hard work, she is becoming a major player. Republicans must study her and what she has achieved and figure out how to overmatch it.

Then there is the polarization of Americans into pro -and anti-Trump factions. This has such intensity that what would have normally been powerful attacks against Democratic Senate candidates Ossoff and Warnock were simply ignored or shrugged off by their polarized supporters.

I was really surprised at how little impact descriptions of Warnock’s radicalism had on voters who normally would have been appalled at some of his positions. Because of polarization they had picked their team and they resented, rather than listened to, negative information about their side. This eliminated most of the argumentative side of campaigning and reduced the opportunity to have a campaign dialogue.

The civil war between Republican Gov. Brian Kemp and Secretary of State Brad Raffensperger and the rest of the Republican Party, including President Trump, clearly had a distracting impact.

President Trump’s hour-long argument with Raffensperger alleging voter fraud in the presidential race in Georgia further weakened Republican voter enthusiasm, as people couldn’t figure out what was going on or who to believe.

These Senate runoffs were so vital that everything should have been subordinated to winning the two races. This clearly was not done. The bitterness on both sides of the Kemp-Raffensperger versus Trump fight further weakened the GOP at a crucial moment. Perhaps the most devastating blow was the idiotic push by some for Republicans to boycott the Senate runoffs.

The failure of President Trump and Sen. Majority Leader Mitch McConnell, R-Ky.,  to coordinate what they would do on the $2,000-per-person coronavirus stimulus proposal disappointed Trump’s populist voters and left Sens. Perdue and Loeffler in difficult positions.

I warned at the time that trying clever parliamentary maneuvers would simply fail to satisfy the Republican base. As public policy the $2,000-per-person grant is a bad idea. However, as political policy in the most important runoffs in American history, once President Trump staked out a pro-$2,000 policy the Senate GOP should have voted on it and given Sens. Loeffler and Perdue a chance to prove to economic populists that they were on their side.

Further, there was a failure to follow up on President Trump’s success with Latino voters and win the same share for the two senators (this would almost have been enough of a difference to decide the two runoffs).

In November, President Trump got a higher percentage of minority votes than any Republican in 60 years. The Georgia GOP should have spent far more resources on the Latino and Asian American votes. This opportunity would have included highlighting the election of the largest number of Republican women and minority House members in history.

The decision by the Loeffler and Perdue campaigns to run almost entirely negative ads was a mistake. (The complaints I received about the ads from many pro-Republican sources were a warning that something was not working).

As my daughter, Jackie Cushman, said, this reliance on negative ads gave the appearance that Perdue and Loeffler weren’t running for anything but only against their opponents. This isn’t a great position for any campaign — especially for incumbents.

Meanwhile, the Democrats had some positive ads designed to communicate warm and caring personalities. All too many of our consultants have grown stale and only want to repeat things that used to work. I have heard from several people in Georgia who said that the people running the Republican campaigns simply wouldn’t hear suggestions to try different, more positive messages.

Finally, there is the failure to address or clean up the allegations of a corrupt election process that arose from the Nov. 3 election. This failure is the most amazing thing I have seen in six decades of Republican politics. Despite serious concerns from many Georgians, Gov. Kemp and Secretary of State Raffensperger took the position that everything was fine — or simply unfixable. This did nothing to increase public trust or credibility.

This is a brief introduction to what should be a much longer and more detailed inquest. These two Senate races were winnable. But all too many of the participants, supporters, and major players had agendas that put the GOP victory at risk. The result is a nightmare from which we will spend years recovering.