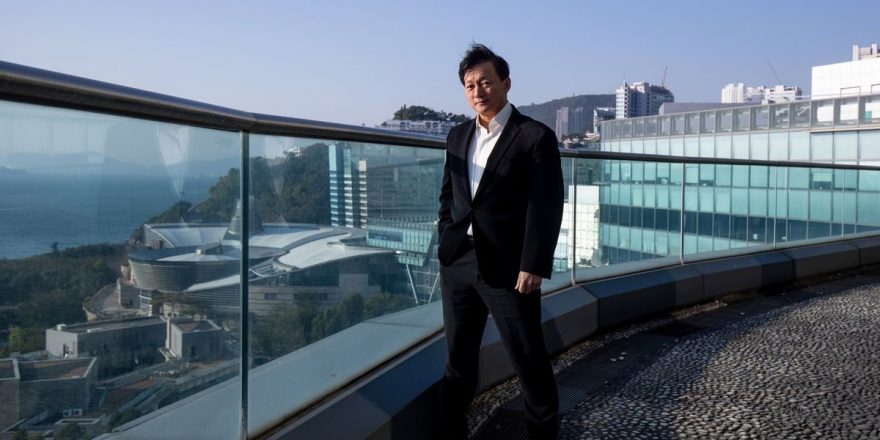 As China moves to neutralize Hong Kong’s pro-democracy opposition, it’s also giving the green light to a new political party that provides a window into how Beijing may change the territory in the years ahead.

The Bauhinia Party, named after the flower on Hong Kong’s flag, was founded last May by Western-educated businessmen who were born in the mainland and have links to the Communist Party. Although still tiny, the group consulted with officials in the Hong Kong government, the Liaison Office — Beijing’s main body overseeing the city — and relevant offices in China, according to Charles Wong Chau-chi, one of the co-founders.

In an interview, Wong said that while the party never asked formally for the endorsement of those Chinese agencies, “we believe there is no reason they do not want to endorse us.”

The party’s purpose, he added, was to support people to stand for the position of chief executive, which will be up for grabs next year when Hong Kong leader Carrie Lam’s first term expires. One possibility is Li Shan, the party’s chairman, who is chief executive of Silk Road Finance Corp. Ltd., a board member ofCredit Suisse AG and a delegate to the National Committee of the Chinese People’s Political Consultative Conference, an advisory body to Beijing. Li declined an interview request.

Wong said Li would be interested in becoming Hong Kong’s next leader only if he’s “required and asked to, not necessarily he wants to.” The Bauhinia Party, Wong said, isn’t ready to compete in September’s Legislative Council elections, which were delayed for a year due to the pandemic.

The group’s formation at a time when China is facing criticism in the West for locking up democracy advocates signals an effort by Beijing to refine a managed version of electoral politics that gives the Communist Party ultimate veto power. Chinese authorities last year passed a sweeping national security law that has been used to curtail free speech, while also imposing a patriotism test to disqualify pro-democracy lawmakers — a move that prompted opposition members in the Legislative Council to resign en masse in November.

The Bauhinia Party’s emergence points to a multi-party system that “competes for blessings and a show of loyalty and devotion to whoever is in charge in Beijing,” saidKenneth Chan, associate professor at the Hong Kong Baptist University.

How China Holds Sway Over Who Leads Hong Kong

Any moves by Beijing to further tighten its hold on Hong Kong would provide an early test for U.S. President Joe Biden, who has vowed to support democracy proponents in the former British colony. A former Hong Kong leader still close with Beijing recentlysuggested the next chief executive should be decided next year by consultation, rather than through a 1,200 person committee. Beijing in any case can veto any winner it doesn’t like.

The Bauhinia Party’s platform says it aims to “respect ‘one country,’ cherish ‘two systems,’ and safeguard Hong Kong’s core values of freedom, democracy and rule of law.” Yet while that sounds in line with Hong Kong’s moderate pro-democracy camp, the group’s diagnosis of the territory’s troubles mirrors that of Beijing.

Wong said the root causes of the 2019 unrest had “nothing to do with China” while pointing to factors such as high-priced housing, poor local governance and an opposition he said was “tearing apart the social fabric and getting everybody angry.” The national security law, he added, was “timely to help stabilize Hong Kong” and had no impact on “one country, two systems” — the framework that guaranteed the territory’s autonomy for 50 years after Britain handed over the former colony in 1997.

Wong laid out a series of policy proposals he said would help bolster Hong Kong’s economy for decades to come: “One country, two systems” should be expanded for another 50 years. Young people should learn more about China, study Mandarin and spend time working in the mainland. Hong Kong should take advantage of the Greater Bay Area, Beijing’s plan to link the territory with Macau and neighboring Shenzhen, home toHuawei Technologies Co. And the city should implement a proposal on universal suffrage endorsed by Beijing.

Perhaps the toughest problem, Wong said, was expensive housing. High property prices were affecting everyone, he said, boosting the cost of living and making Hong Kong “less and less competitive.” The party platform calls for “bold solutions” including land and waterfront reclamation, farmland re-zoning, land co-development with the nearby cities of Shenzhen and Zhuhai, and converting country parks that now make upabout 40% of Hong Kong’s total land area.

What Are the Tough Laws China’s Imposed on Hong Kong?: QuickTake

“The supply of land is not a problem,” Wong said. The challenge, he added, was finding “a common denominator that is shared by everybody to really push your housing program through.”

While it’s unclear whether the Bauhinia party can gain much traction, the current Beijing-friendly groups in Hong Kong have dismissed its chances to win elections. “The business community will not invest their resources in new parties without political influence, and little prospect of winning seats in LegCo or at the district level,” said Regina Ip, a pro-establishment lawmaker.

Wong said the party aims to eventually have as many as 250,000 members. He added that the party’s communication with China’s government would likely be “quite fluid,” while saying it was “silly” that critics said it had Beijing’s backing.

“A lot of people try to pin us down as to whether we are from China,” Wong said. “I think they really miss the point. We should look at whether we are for Hong Kong or not. And China is there to help, but there are bottom lines, there are red lines.”