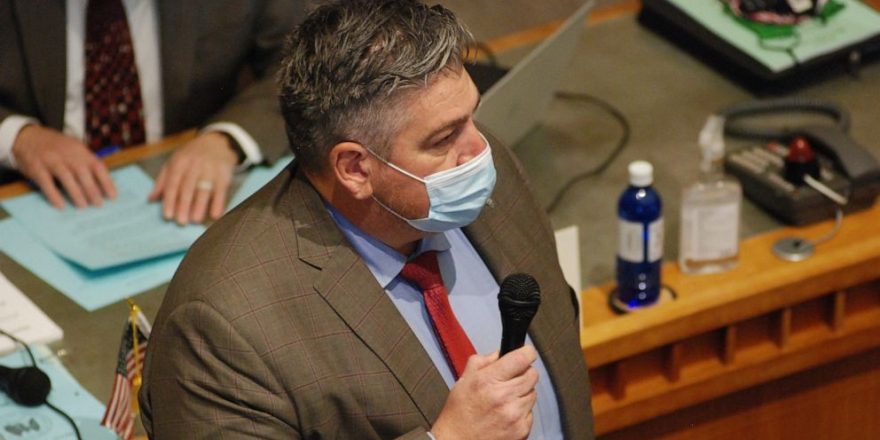 ALBUQUERQUE, N.M. — A special congressional election in New Mexico Tuesday is testing political enthusiasm among Democrats in an increasingly progressive district last won by a Republican in 2006.

The winner of the four-way race for the 1st Congressional District will fill a seat left vacant by Interior Secretary Deb Haaland as she joined the Biden Cabinet.

Republican state Sen. Mark Moores’ campaign to flip the seat held by Democrats since 2009 has highlighted concerns about crime in Albuquerque and has painted his Democratic opponent as a progressive with a radical agenda to defund traditional police agencies.

Responding to Moores, Stansbury says she’s corralled tax dollars for police initiatives as a legislator, but also believes policing reforms are needed to address systematic racism in the U.S.

Far fewer voters were likely to participate overall than in 2020, a record-setting year for voting in the 1st District.

Encompassing Albuquerque, rural Torrance County and other outlying areas, the district’s voters have heavily favored Democratic candidates in recent years. They shunned President Donald Trump with a gap of 23 percentage points in 2020 and reelected Haaland with a margin of 16 percentage points as voter participation reached an all-time high.

Republicans still hope to prevail and erode the 219-211 Democratic majority in Congress ahead of midterm elections in 2022.

Two additional candidates are vying for votes in the race in a state that has strong currents of libertarian politics.

Independent contender Aubrey Dunn Jr., a former Republican elected to statewide office as land commissioner without seeking reelection in 2018, has cast himself as a staunch defender of gun rights and an experienced steward of public lands.

Both of the major-party candidates are native New Mexico residents who claim working class roots.

Moores frequently invokes Latino family ties that date back to the region’s Spanish colonial era, in a state where Hispanic pride is an enduring staple of politics.