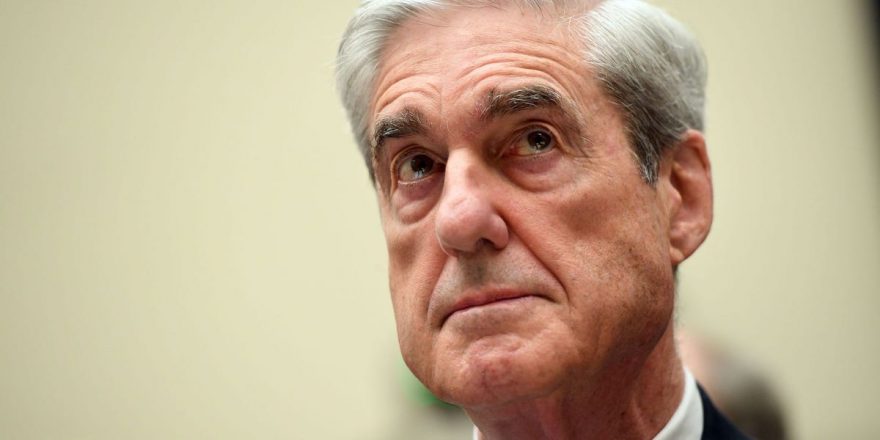 The former special counsel Robert Mueller will participate in a short course at the University of Virginia School of Law this year focusing on his investigation into Russia’s interference in the 2016 US election.

UVA announced that the course will be taught by Aaron Zebley, Jim Quarles, and Andrew Goldstein, who worked for Mueller in the special counsel’s office. Zebley was his deputy counsel, Quarles was senior counsel, and Goldstein served as senior assistant special counsel.

The course will be taught in the fall and consist of six sessions, UVA said.

“I was fortunate to attend UVA Law School after the Marine Corps, and I’m fortunate to be returning there now,” Mueller said in UVA’s announcement. “I look forward to engaging with the students this fall.”

Mueller served as FBI director from 2001 until 2013 and later worked in the private sector. He returned to public service in 2017, when he was tapped to serve as special counsel in the FBI’s investigation into whether Russia meddled in the 2016 race and if the Trump campaign conspired with the Russian government to tilt the race in Donald Trump’s favor.

During the two years that he spearheaded the special counsel’s office, Mueller ran a tight ship that rarely, if ever, leaked and spoke mainly through indictments and other court filings.

Still, his office regularly made headlines for its laser focus on the Trump White House and the way it treated Trump’s inner circle like an organized crime enterprise. The Russia probe resulted in 199 criminal charges, 37 indictments or guilty pleas, and five prison sentences.

Mueller’s 448-page final report did not conclude that the Trump campaign conspired with the Kremlin, but it did establish “that the Russian government perceived it would benefit from a Trump presidency and worked to secure that outcome, and that the Campaign expected it would benefit electorally from information stolen and released through Russian efforts.”

But the special counsel’s most notable findings stemmed from his parallel investigation into whether Trump sought to obstruct the Russia investigation. Mueller did not make a “traditional prosecutorial judgment” about whether or not Trump committed a crime, citing a 1973 Justice Department Office of Legal Counsel memo saying a sitting president cannot be indicted.

Moreover, the special counsel’s team outlined 11 possible instances of obstruction and said that Trump’s myriad efforts failed largely because those around him refused to carry out his orders.

“If we had confidence after a thorough investigation of the facts that the President clearly did not commit obstruction of justice, we would so state,” the report said. “Based on the facts and the applicable legal standards, however, we are unable to reach that judgment.”

These findings will make up a central thread in the UVA course that members of Mueller’s team — and the former special counsel himself — will teach in the fall.

“The course will focus on a key set of decisions made during the special counsel’s investigation,” the school’s announcement said. “Instructors will talk about the legal and practical context for those decisions in a discussion format, and walk through the challenges and trade-offs when making decisions in a high-profile investigation.”

The anouncement went on to say that the class will look at the investigation chronologically and will include Mueller’s appointment as special counsel. Students will also gain insights into other factors related to the investigation, like the Justice Department’s relationship with Congress, Mueller’s approach to dealing with the White House, and the “importance of the Roger Stone prosecution,” referring to the indictment of the longtime GOP strategist and top Trump ally.

The end of the class will touch on “presidential accountability and the role of special counsel in that accountability,” UVA said.