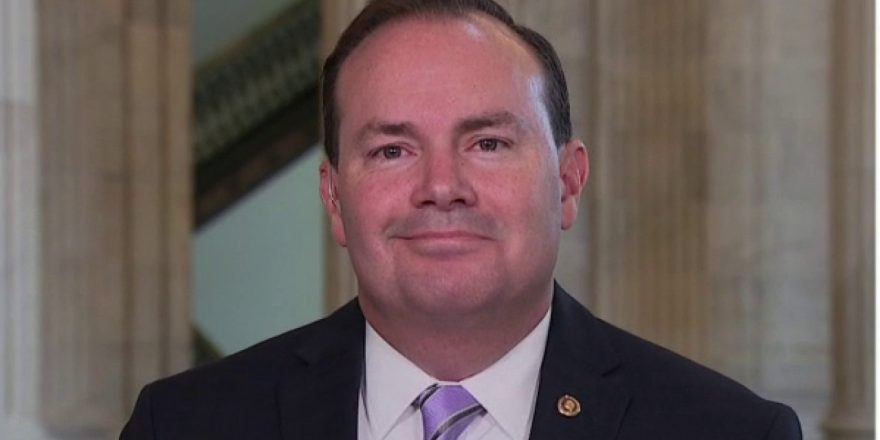 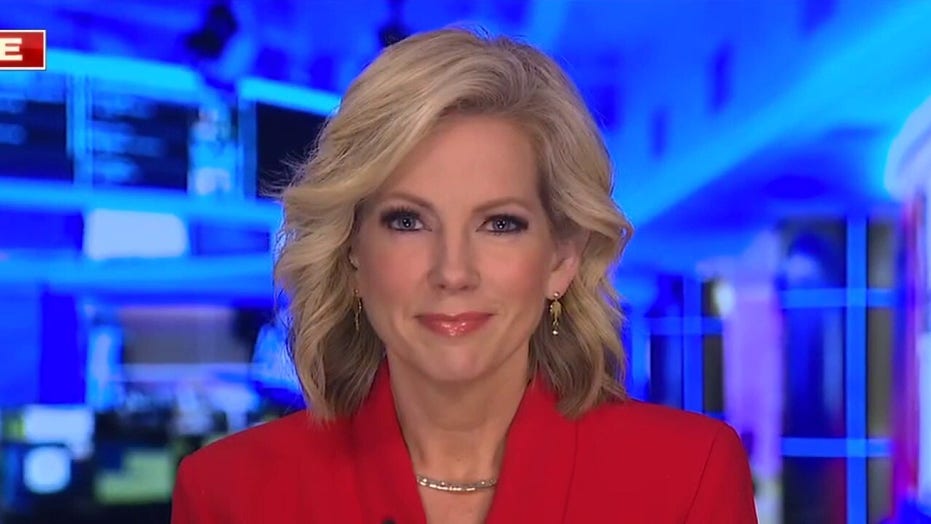 Senate Majority Leader Chuck Schumer said on Wednesday night that the Senate may “relitigate” the brouhaha between Sen. Mike Lee and the impeachment managers after Lee objected to how the managers characterized a report about a call former President Donald Trump made to Lee’s phone during the Capitol riot.

After making their argument over the last two days that Trump should be convicted of inciting an insurrection on the Capitol, the House impeachment managers will continue their case on Thursday. They may take up to eight hours, starting at noon, but it’s unclear if they will use all of their allotted time.

TRUMP’S IMPEACHMENT TRIAL: EVERYTHING YOU NEED TO KNOW

The managers are expected to continue to argue that Trump had planted the seeds of the attack on the Capitol for months by saying he could not have lost the presidential election unless there was voter fraud; failing to condemn violence from his supporters; inviting a mass of his supporters to Washington, D.C., on Jan. 6; telling them to go to the Capitol; and failing to make efforts to stop the mob once the riot began.

Trump’s defense could technically start making their arguments Thursday if the House managers end their opening statements early, but they are more likely to begin on Friday. Trump’s defense team is arguing that he was within his First Amendment rights in making his claims about the election and he cannot be held responsible for the actions of the criminals that stormed the Capitol. They also say the impeachment managers are taking Trump’s comments out of context. 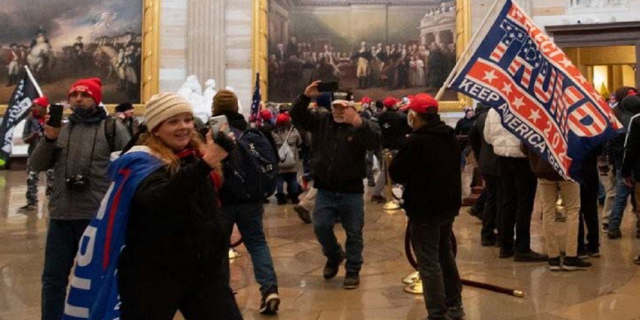 Jenny Louise Cudd inside the Capitol on Jan. 6. The impeachment trial into former President Donald Trump for allegedly inciting the attack on the Capitol continues on Thursday.
(Criminal complaint.)

The impeachment managers have tried to preempt some of Trump’s anticipated defenses early in the trial while also maintaining a solemn tone, playing gruesome video of rioters attacking Capitol Police, seeking out lawmakers and their staffs and calling for the death of former Vice President Mike Pence, among others. They’ve particularly leaned on security footage from the Capitol showing the number of close calls lawmakers had where they could have been swept up and potentially injured or killed by the mob.

“Obviously very troubling to see the great violence that our Capitol Police and others are subjected to,” Sen Mitt Romney, R-Utah, said when asked about video showing Officer Eugene Goodman, lauded as a hero for his actions in the riot, guiding the senator to safety. “It tears you at your heart and brings tears to your eyes, that was overwhelmingly distressing and emotional.”

WHO ARE THE DEMOCRATIC TRUMP IMPEACHMENT MANAGERS?

As lead impeachment manager Rep. Jamie Raskin, D-Md., was preparing to close down the House’s arguments for the day, Lee requested to be recognized and said that the impeachment managers had incorrectly described what happened when Trump called his phone on Jan. 6. He asked that the statement, made by Rep. David Cicilline, D-R.I., be removed from the record of the trial. 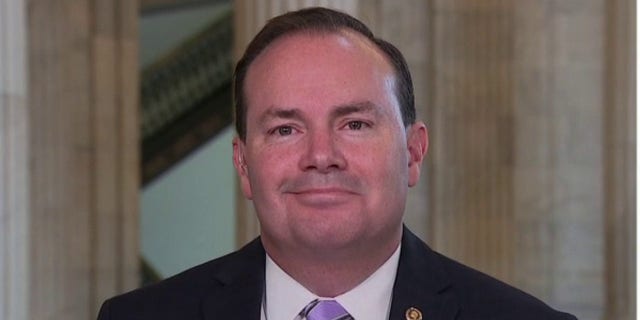 Sen. Mike Lee, R-Utah, Wednesday got into a spat with House impeachment managers over a phone call former President Trump made to his phone on Jan. 6.

“Statements were attributed to me moments ago by the House impeachment managers… relating to the content of conversations between … President Trump and Senator Tuberville. They were not made by me. They’re not accurate and they’re contrary to fact,” Lee said.

“I move… that they be stricken from the record,” Lee continued.

Senate President Pro Tempore Patrick Leahy, D-Vt., who is presiding over the impeachment trial, said that Lee’s motion was not provided in the rules. Lee then appealed the ruling and requested a roll call vote.

But Leahy’s statement on what the rule was was not clear and prompted minutes of conversations about what exactly the Senate was about to vote on. Schumer put the Senate into a quorum call “while we work this out.”

It appears that what Lee was objecting to was related to a call that was reportedly made by Trump to Lee’s phone during the Capitol riot. The call was actually meant for Sen. Tommy Tuberville, R-Ala., and Lee handed his phone to the Tuberville so he could speak with Trump.

THESE ATTORNEYS ARE DEFENDING TRUMP IN THE IMPEACHMENT TRIAL

Cicilline claimed that Lee said the content of the call was Trump asking Tuberville to further delay the certification of the election results. But Lee claimed that he had never said such a thing. 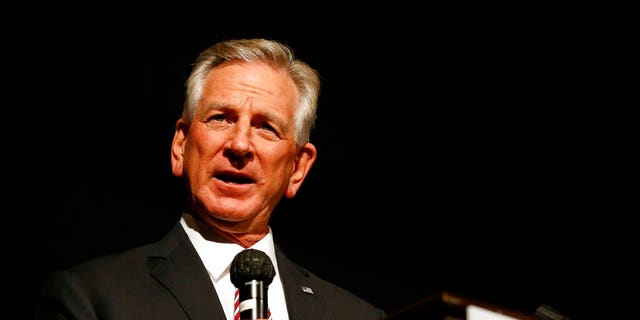 The story in the Utah-based Deseret News from Jan. 7 that broke the news of the Trump call to Lee that was meant for Tuberville cites Lee as explaining that the call happened. But it does not reveal the content of the call between Trump and Tuberville. A CNN story published the next day claims that Trump was trying to convince Tuberville to make further Electoral College objections, but does not cite that information to either Lee or Tuberville.

Notably, however, Trump lawyer Rudy Giuliani also during the riot left a voicemail with Lee in which he was explicitly asking Tuberville to delay the certification of the election results. The recording of that voicemail has been widely reported, but there is no such record of the conversation between Tuberville and Trump.

“Tonight the House impeachment managers made false statements mischaracterizing Sen. Lee’s account of a phone conversation between President Trump and Senator Tuberville,” a spokesperson for Lee said Wednesday. “Sen. Lee objected and asked that the false statements be stricken from the record. The House managers agreed to withdraw those statements.”

Fox News has reached out to a spokesperson for Tuberville asking that the senator clarify the contents of the call with Trump.

After several minutes, it appeared that the senators came to an agreement that would allow them to end the hearing for the night. Lee withdrew his request for a vote appealing Leahy’s ruling and Schumer withdrew his quorum call, asking Raskin to make a statement. 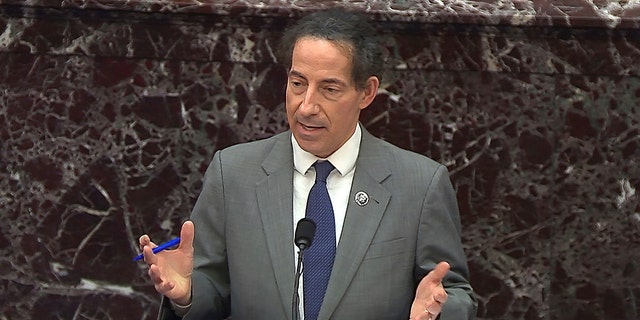 In this image from video, House impeachment manager Rep. Jamie Raskin, D-Md., speaks during the second impeachment trial of former President Donald Trump in the Senate at the U.S. Capitol in Washington, Wednesday, Feb. 10, 2021.
(Senate Television via AP)

“The impeachment manager Mr. Cicciline correctly and accurately quoted a newspaper account which the distinguished senator has taken objection to. So we’re happy to withdraw it on the grounds that it is not true and we are going to withdraw it this evening without any prejudice to the ability to resubmit if possible and then we could debate it if we need it,” Raskin said.

He added that it “is much ado about nothing” because the specific comment is “not critical” to the case.

“it’s not true,” Lee could be heard saying in the background as Raskin went through his explanation. “You’re not the one being cited as a witness here,”

“We may relitigate it tomorrow if we have to,” Schumer said. 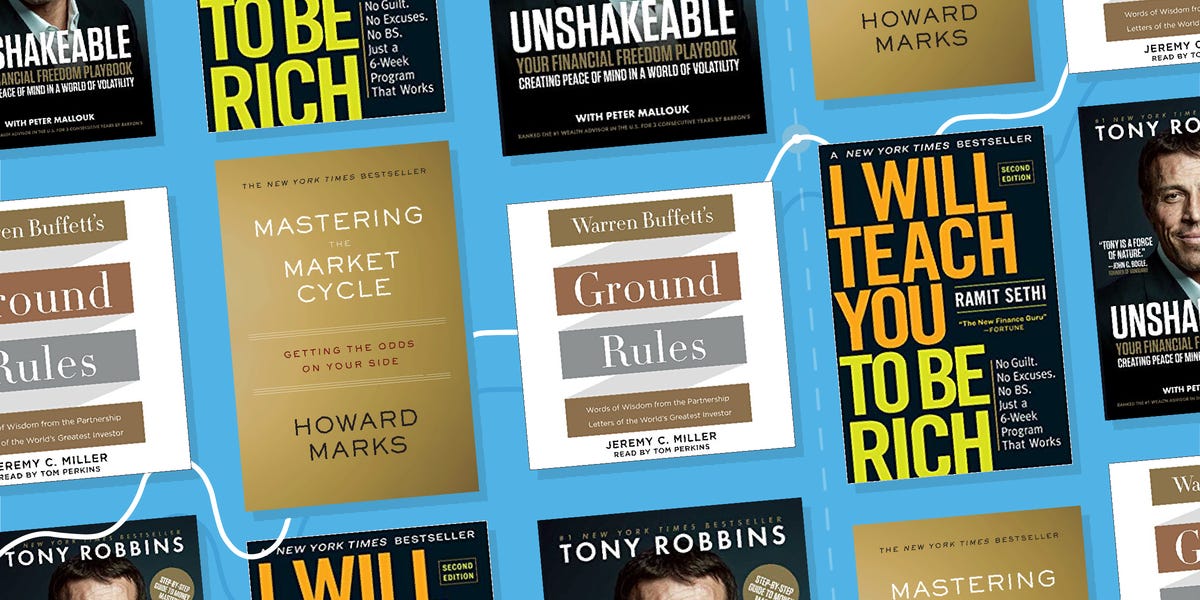