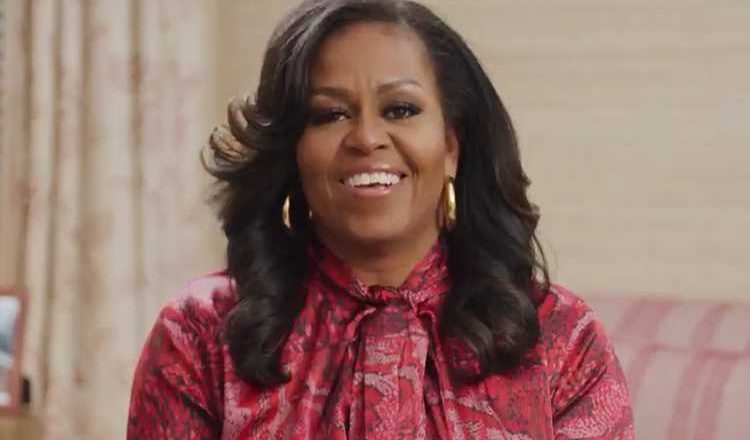 To mark the Tuesday release of the young readers' edition of her bestselling memoir, Becoming, Michelle Obama offered a message of reassurance to girls everywhere.

"It is okay not to know who you are or exactly what you want to be or do right now," the former first lady, 57, said in a video.

Obama added that she had "talked to so many young people," from teenagers to women in their 30s, and noticed that many "feel like somehow they should know the answers to all of these fundamental questions now."

But no one — not even grown adults — is supposed to have all the answers, she cautioned.

She continued: "It's not like you wake up one day and you are who you were intended to be and that is that. It is a process … You never stop becoming."

The personal growth, she said, is one of the best parts of life's journey.

"Just imagine if the opposite were true. Just imagine if one day it's it — you've learned all that you're going to learn and that is all," she said. "That's sad."

Though personal goals will "shift over time," Obama told young readers that they will "learn lessons" and "shake off vulnerabilities" with age.

"You will make mistakes that teach you different lessons," she said. "All of that is coming. And all of that will continue to happen for you throughout your life. It happens to me even today. And I hope that in 10 or 20 years I'm still learning and growing and making mistakes that teach me something deeper about myself." The former first lady announced the release of both the young readers' and paperback editions of her memoirs in the caption to the video.

"Today's the day! You can find the young readers' edition and paperback edition of Becoming wherever books are sold," Obama wrote on Twitter. "I'm so grateful to have this opportunity to widen our community, and I'm especially excited for young people to read along as they begin their journeys of becoming."

"There is no feeling quite like holding a copy of your own book!" she wrote. "And I'm so excited for you all to read the young readers' and paperback editions of Becoming. I'd love to see your photos and reflections!"

According to the book's website, the young reader's edition is hardcover and adapted for children ages 10 and older. It includes "a special introduction for kids" written by Obama as well as three full-color photo inserts.

The paperback edition also features a new introduction as well as "a letter from the author to her younger self, and a book club guide with 20 discussion questions and a 5-question Q&A."

The original version of Obama's memoir, first published in 2018, details not just her journey of personal growth, but personal revelations about her career and her relationship with her husband, former President Barack Obama.

Becoming was also the basis for a 2020 Netflix documentary that followed her post-White House life and work and her 34-city book tour.

In an earlier Instagram post announcing the news of the editions of her memoir, Obama wrote of her hope that they would serve as a "conversation starter."

"Maybe it'll open up new dialogues with your children or grandchildren. Maybe you can use it as an opportunity to begin a book club with the young people you know or use it as an excuse to invite them into your existing book club," she wrote.

Obama has encouraged readers to share their experiences reading the book by using the hashtag  #IAmBecoming and tagging her in their social media posts.