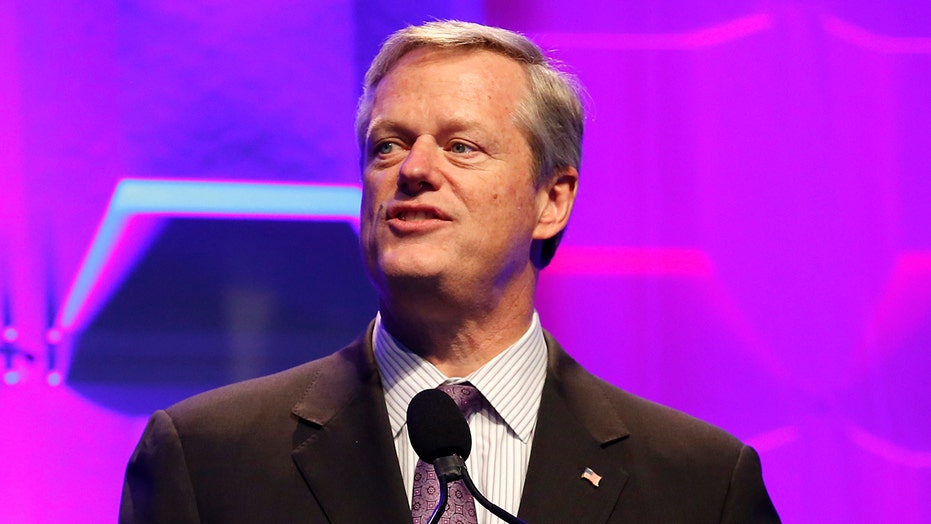 Massachusetts’ GOP Gov. Charlie Baker said Tuesday that he did not vote for a presidential candidate.

“I blanked it,” he told reporters, according to Mass Live.

Baker also declined to support his party’s leader in 2016, casting a blank ballot then, too.

Baker joined a small list of Republican governors from blue states who said earlier this month they wouldn’t vote for Trump.

The two-term governor, who enjoys broad bipartisan support in left-leaning Massachusetts, is up for reelection in 2022.

In September, President Trump issued a tweet that called Baker a "RINO," or "Republican In Name Only."

“RINO Governor Charlie Baker of Massachusetts is unsuccessfully trying to defend Mail In Ballots, when there is fraud being found all over the place," Trump said. "Just look at some of the recent races, or the Trump Ballots in Pennsylvania that were thrown into the garbage. Wrong Charlie!”

Gov. Phil Scott of Vermont, a fellow New England Republican governor, also signaled he wouldn’t be voting for Trump earlier this month, but said he hadn’t decided if he’d be voting for Democratic nominee Joe Biden.

Former GOP Govs. John Kasich of Ohio, Rick Snyder in Michigan, Pennsylvania's Tom Ridge and Marc Racicot in Montana have all said they would vote for Biden.

Other prominent Republicans not voting for Trump include Utah Sen. Mitt Romney, who would not disclose who he voted for. Former National Security Adviser John Bolton said in August he would not vote for Trump or Biden. The moderate female GOP duo in the Senate — Lisa Murkowski from Alaska and Maine's Susan Collins — have not revealed how they will vote in the presidential race.