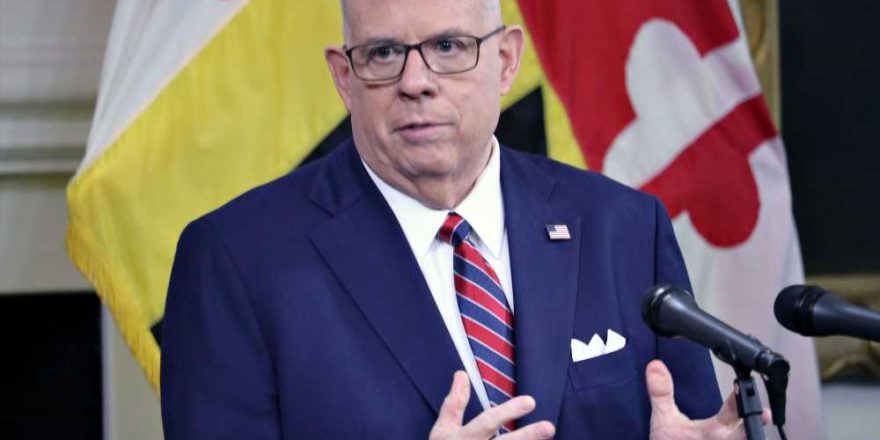 Governor Larry Hogan posthumously pardoned 34 victims of racial lynching in Maryland between the years 1854 and 1933.

The governor made the announcement on Saturday at a signing event honoring Howard Cooper, a 15-year-old boy who was dragged from Baltimore County Jail and hanged from a sycamore tree by a mob of white men in 1885.

Hogan released a statement explaining how the Maryland Lynching Memorial Project petitioning him to pardon Cooper led to the decision to pardon others.

“Earlier this year, the Maryland Lynching Memorial Project sent me a petition, which originated with students from Loch Raven Technical Academy. I was asked to consider granting a pardon posthumously for Howard Cooper, a 15-year old boy who was lynched in Baltimore County in 1885,” Hogan wrote.

The Republican governor continued, “After a thorough examination of the facts and much thoughtful consideration, this morning, I granted a pardon to Howard Cooper. But digging into this case led me to investigate the details of all the cases of the injustice of lynching in Maryland. The result is that today, I granted pardons to every single one of the 34 victims of racial lynching, which occurred in the State of Maryland between 1854 and 1933.”

The blanket pardon for the victims of racial lynchings was a historic first among governors, according to Hogan’s office.

During today’s event, Baltimore’s WMAR said Hogan acknowledged the “horrific wrongs” of the past and hoped the pardons would make a difference.

“My hope is that this action will at least in some way help to right these horrific wrongs and perhaps bring a measure of peace to the memories of these individuals, and to their descendants and loved ones,” the governor said.

According to the Baltimore Sun, a marker dedicated to Cooper will be installed making it the second of its kind in the state. A third will be added later this month to memorialize three other lynching victims.