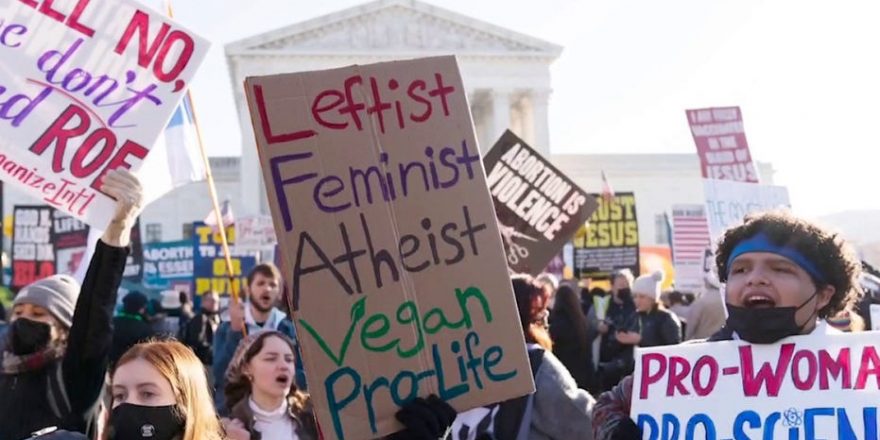 The Supreme Court Gets the Abortion Battle

What we learned from the Mississippi oral arguments.

Thousands of activists are expected to descend on Washington, D.C., to continue pro-lifers’ decades-long protest of the Supreme Court’s landmark abortion decision in Roe v. Wade.

The March for Life, which started the same year as the 1973 decision in Roe, will go on, as usual, for the 49th time, but Friday’s march stands out among others. Activists will once again march to the Supreme Court as it’s expected to overturn or at least weaken Roe with a ruling in Dobbs v. Jackson Women’s Health Organization, a case viewed as pro-lifers’ best hope in decades.

The march will kick off with a rally at noon ET on the National Mall. Among the various speakers are actor Kirk Cameron, Rep. Chris Smith, R-N.J., and Down Syndrome Advocate Katie Shaw. Grammy-nominated singer Matthew West is also expected to perform. A pre-rally is scheduled for 11 a.m. ET. According to WJLA, the march could draw an estimated 50,000 activists. 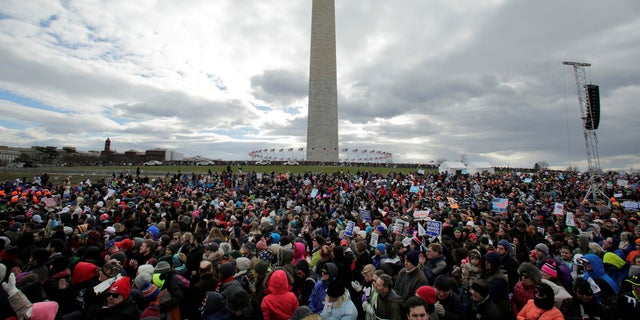 President Trump spoke to activists via satellite at the 2018 March for Life.
(Reuters/ Yuri Gripas)

In an interview Wednesday, March for Life President Jeanne Mancini remained cautiously optimistic about the future of her movement.

“You can never really read the tea leaves and how these justices are going to [decide] … but gauging by the questions that were asked, it looks very positive,” Mancini told Fox News Digital. Her comments echoed those of conservatives who suggested that the oral arguments in November looked good for pro-lifers.

When asked whether her work would be over if Roe is overturned, Mancini plainly answered, “no.”

“Our mission at the March for Life is to create a culture where abortion is unthinkable,” Mancini said, adding that there is potential for new legislation in states. “Our work is far from over.” 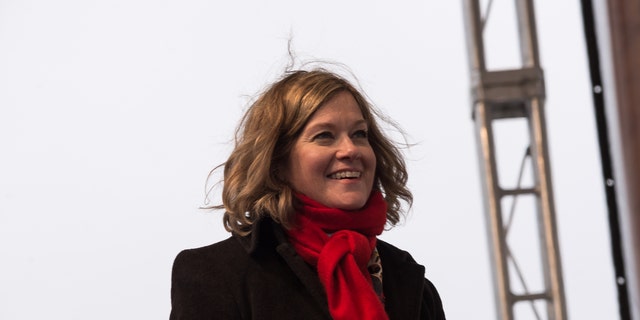 Jeanne Mancini, president of the March for Life Education and Defense Fund, speaks at the rally preceding the "March for Life."
(Albin Lohr-Jones/Pacific Press/LightRocket)

As Mancini and others have noted, Roe’s end is just another beginning for anti-abortion efforts. Returning the issue to the states, the end of Roe would likely redirect pro-life group’s resources toward state legislatures and the public.

Even if states successfully ban the procedure, pro-lifers remain concerned about the abortion pill and federal attempts to codify Roe. That effort and one to repeal the decades-old Hyde Amendment have encountered roadblocks in the Senate, where Democrats have been pressured to end the filibuster.

Recent polling from Marist and the Knights of Columbus was consistent with a longstanding trend of majorities of Americans opposing taxpayer-funded abortions. Although polling has shown support for Roe, Americans have long favored at least some restrictions on the procedure. Marist’s polling this week found 70% of Americans support abortion restrictions. A majority of Americans also supported returning the issue to the states. 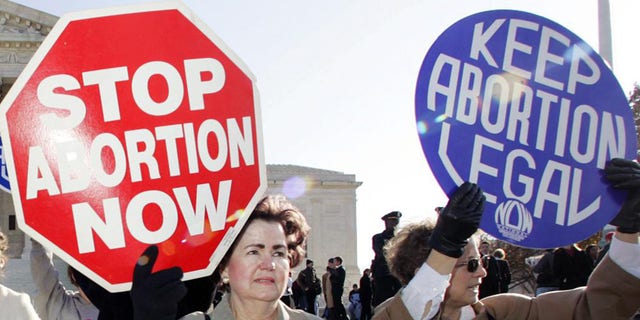 In this Nov. 30, 2005 file photo, an anti-abortion supporter stands next to a pro-choice demonstrator outside the U.S. Supreme Court in Washington. (AP Photo/Manuel Balce Ceneta)
(AP)

The nation’s most prominent abortion provider, Planned Parenthood, is marking the anniversary of Roe v. Wade but expressed concern about efforts to restrict the procedure.

“On Jan. 22, as we mark the 49th anniversary of the Roe v. Wade decision that formally established the constitutional right to abortion, threats to abortion access across the country have never been greater,” Planned Parenthood’s Ianthe Metzger said in a memo Thursday.

“With the Supreme Court poised this summer to potentially overturn Roe, reproductive health champions in statehouses across the country are taking matters into their own hands, pushing for bold solutions that will ensure that every person is afforded the right to access to reproductive health care, including abortion.”

Legal restrictions have been and are expected to be a substantial part of pro-life advocates post-Roe strategy. But leaders like Mancini say the U.S. needs to also create a “culture of life” where “abortion is unthinkable.”

The March for Life’s website describes a culture of life as encompassing its theme that “equality begins in the womb.”

“A culture of life recognizes the truth that each human being is endowed with inherent human dignity and is a gift to our world regardless of age, race, gender or disability,” it states.