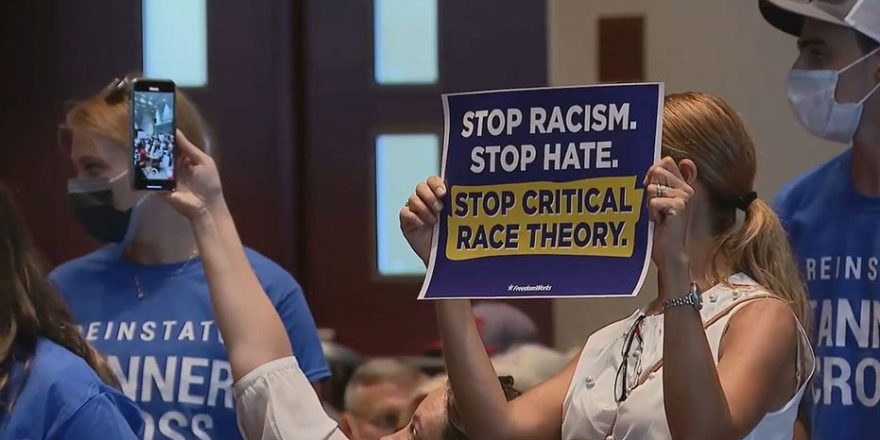 Critics of critical race theory planned an “Education, Not Indoctrination” rally Saturday morning in a Virginia community that has become a flashpoint for the controversial curriculum amid a national debate over whether it belongs in public schools.

“CRT seeks to diminish the reality that we are all unique and precious in God’s eyes,” Melody Clarke, an event organizer and regional coordinator for Heritage Action for America, told Fox News Friday. “Our individual destiny is up to our God-given talent, drive and ambition, not what someone else thinks about us.” Her group aims to encourage parents around the country to vocally oppose CRT implementation in their schools, she said.

“Children should be taught to be nice and work hard,” Clarke said. “It really is that simple.”

An invitation to the event said demonstrators would meet at Loudoun County’s Government Center in Leesburg Saturday to condemn the local school district’s embrace of CRT.

More than a dozen speakers were expected to deliver remarks, including parents, activists, and even a couple of district teachers opposed to the curriculum.

CRT promotes racism, hate and divisiveness, according to critics behind the rally.

There is strong opposition to CRT in the community, according to Ian Prior, a father of two students in the district and a former senior Justice Department official who is one of the listed speakers.

“Parents in Loudoun County are fired up,” he told Fox News Friday. “They’ve been out all day, every day trying to end the culture of fear and intimidation infecting Loudoun County Public Schools. And now teachers are joining them and saying – enough. We cannot teach this religion of divisions anymore.”

CRT traces its roots to Marxism – a failed communist ideology that critics for decades have derided for dragging the middle class down rather than lifting the less fortunate up in places like Russia, Cuba and Venezuela.

Instead of achieving racial equity, as CRT proponents say they want, “It means we would all suffer together,” Clarke said.

Loudoun has repeatedly made national headlines for conflicts of wokeness and social justice at school board meetings.

On Tuesday, local mom Xi Van Fleet, a survivor of China’s decade-long Cultural Revolution who immigrated to the U.S. in her 20s, excoriated the school board during a public meeting and compared CRT directly to Mao Zedong’s purge of anyone and anything deemed “counterrevolutionary” by the Communist Party.

“To me, and to a lot of Chinese, it is heartbreaking that we escaped communism and now we experience communism here,” she told Fox News Wednesday.

“The Communist regime used the same critical theory to divide people,” she said. “The only difference is they used class instead of race.”

And also this week, a judge ordered the district to reinstate suspended elementary school phys ed teacher Byron “Tanner” Cross after he was punished for speaking his mind during the public comment portion of a hearing on new transgender policies last month.

The rally is scheduled between 11 a.m. and 1 p.m. EDT at a grassy field outside the Government Center.

A district spokesperson declined to comment on the rally.