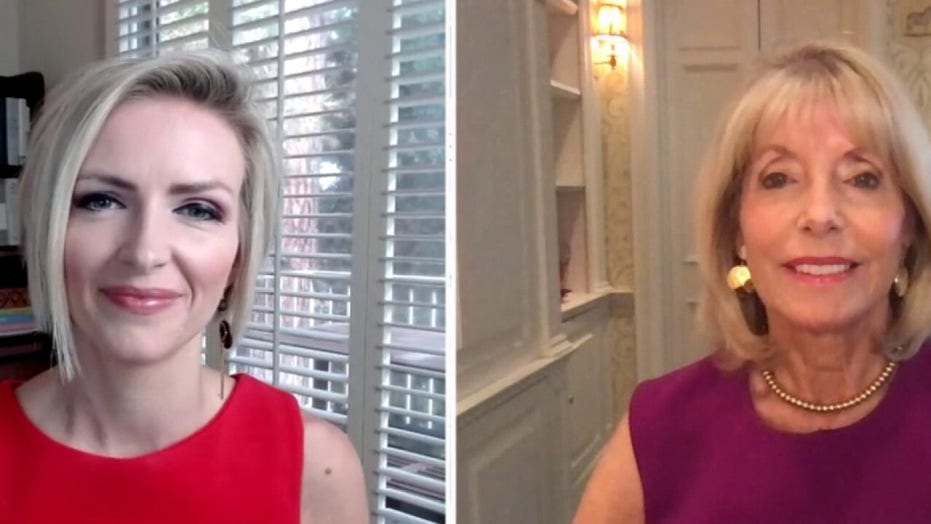 House Speaker Nancy Pelosi has stepped in it again. With yet another ill-considered political stunt, she has stirred up President Trump’s base like someone poking a hive of angry hornets, and at the same time put a spotlight on Kamala Harris.

With much fanfare, Pelosi, D-Calif., introduced a bill that would facilitate removing a president from office should a bipartisan group of legislators agree that he or she was no longer capable of carrying out the duties of his position. She proposed the new legislation to highlight her “concern” that President Trump’s recent bout with COVID-19, for which he was prescribed steroids, had resulted in “some impairment of judgment."

ERIN HAWLEY: AMY CONEY BARRETT CONFIRMATION FIGHT – HOW DID WE GET HERE?

The bill, which formalizes a remedy allowed by the 25th Amendment to the Constitution, will go nowhere in a GOP-led Senate. The grandstanding move was intended to deflect from Pelosi’s failure to pass a stimulus bill and highlight Trump’s supposedly erratic personality and decision-making. This is the campaign Democrats have chosen to run. Not about issues or policy; it is all about Trump.

But Pelosi’s move backfired. President Trump hinted that the bill’s real purpose was to make it simpler for Democrats to shove Joe Biden aside, should he win in November, and replace him with his running mate Sen. Kamala Harris, D-Calif.

This was a goof by Pelosi. Many probably believe Trump’s assertion, as they watch Biden struggling with what they see as cognitive impairment. According to a Zogby survey conducted in June, “a majority (55%) of likely voters surveyed thought it was more likely (much more and somewhat more likely combined) that Vice President Biden is in the early stages of dementia…”

And that was when Uncle Joe was still cowering in his basement. Now that more people have seen the Democrat candidate out on the stump, the conviction that Biden might not be able to serve out four years in office has only grown.

A Rasmussen poll from August showed “59% of likely U.S. voters believe it’s likely Biden’s running mate will be president before the end of Biden’s four-year term.”

Just recently, Biden addressed a group of Latino voters, saying:  “It's ridiculous that we continue the policies that this administration has moved forward on, and not embrace that and see it as our future. I'm not trying to be solicitous with you.”

And that was one of the sentences that the pool reporter thought worth repeating.

It is hard to imagine Joe Biden at the G-7, or mixing it up with China’s President Xi Jinping. (Pity the poor translators!) One cannot.

Concerns about Joe Biden’s durability, so to speak, intensify the spotlight on his running mate Kamala Harris. That’s bad news for Democrats.

The recent debate between Vice President Mike Pence and the California senator did not go well for Harris. Axios hosted a focus group of undecided voters in Michigan who met post-debate; they concluded that if Biden wins, it will be Harris running the show.

Columnist Damon Linker, writing for The Week, decided “Harris’ greatest liability of all [was] — the phoniness factor.”

One attendee said, “Biden’s not going to make it four years, so Kamala Harris is going to be president and I have zero trust she can be president, so I’m just picking the lesser of two evils at this point.” “Everyone else in the group agreed,” according to the write-up.

Harris does not seem to reject this possibility. She has on more than one occasion referred to the “Harris administration,” as though she’s already dumped poor Joe.

If voters begin to see the race as Trump vs. Harris, Democrats lose. Harris has a following, but there was a reason she did so poorly in the Democrat primaries, bowing out even before the end of 2019.  She started well and got a bump in popularity and fund-raising after pummeling Biden in the first debate, but her campaign fizzled soon thereafter.

Many were puzzled by her rapid decline. Harris checked so many 2020 boxes: female, born to Jamaican and Indian parents who immigrated to the U.S., a Howard University grad, a career as a prosecutor, then attorney general of California, then senator.

Some blame sexism or racism, of course, but that doesn’t square with the initial excitement about her campaign. Others say it was because Harris flip-flopped on key issues like “Medicare-for-all" and law and order, trying to please everybody and at the end pleasing very few.

Columnist Damon Linker, writing for The Week, decided “Harris' greatest liability of all [was] — the phoniness factor.” He noted that her clumsy attempts to relate to women through “tweeted Mothers’ Day cooking marathons,” her dance moves and other performances made her look and sound “processed, synthetic, prone to overthinking and engineered by committee.”

That “phoniness” showed up during the vice presidential debate. It was beyond disappointing that, instead of engaging thoughtfully on issues, Harris repeated Democrats’ dishonest talking points, without batting an eye.

She knows, for instance, that both she and Biden are on video promising to ban fracking, but she denied it. She knows that President Trump did not refer to COVID-19 as a “hoax”; that charge came from an ad broadcast by the Biden campaign, which manipulated the president’s words. Even the liberal media had to call her out on that one.

Harris denies that Biden’s tax plan will raise taxes on people making less than $400,000 but she must know better. Even left-leaning organizations like the Tax Policy Center argue otherwise. And she knows that Trump paid more than $750 in taxes in 2017. In fact, he paid $7.4 million.

Harris is an easier target for Trump than Biden, and he could do well to focus voters on her possible ascension to the Oval Office.

But President Trump’s best path forward is not attacking Biden or Harris. Rather, it is to tell voters what he wants to accomplish in the next four years, and remind them of his considerable past achievements. With the economy under stress, his high ratings on that issue alone should give him four more years.