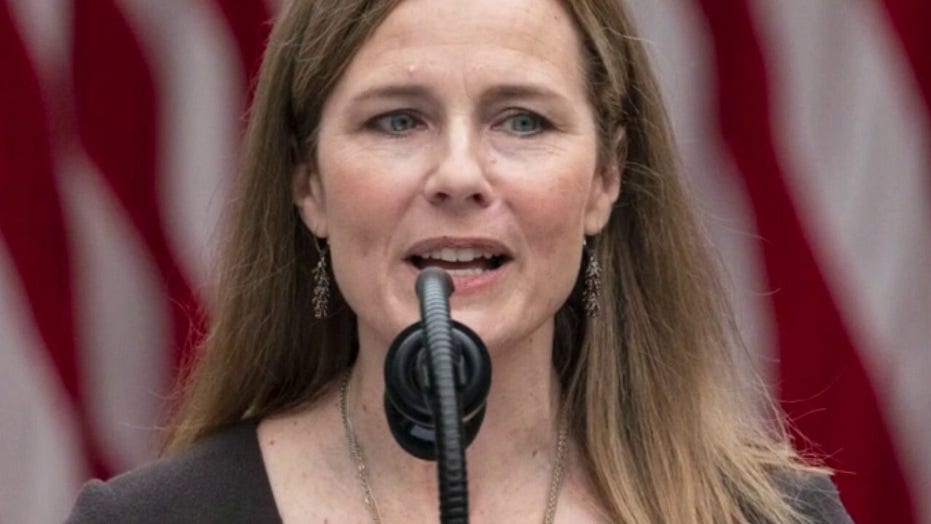 Not what you’ve heard from the liberal media about the 7the U.S. Circuit Court of Appeals judge who President Trump has nominated to serve on the Supreme Court?

We’ll hear from the judge herself Monday when the Senate Judiciary Committee begins her confirmation hearing.

Barrett was first in her class at Notre Dame Law School and later taught at the school.

Harvard Law School Professor Noah Feldman — who served with Barrett as a Supreme Court law clerk in 1998 — called her “a truly brilliant lawyer” in a 2018 column and said she “was one of the two best lawyers … and arguably the single best” of the 40 clerks that year.

Barrett is the mother of seven, and if confirmed by the Senate will be the first working mom of school-age children to sit on the highest court in the land.

The truth is that Barrett is among the most qualified individuals ever to be nominated to the Supreme Court. She’s also among the most brilliant, and more simply, an all-around great human being.

The left-wing media won’t report on Barrett’s credentials, judicial philosophy, or her personal character. Instead, they will latch onto the latest Democratic smear or delay tactic, no matter how low — such as calling the adoptive mother of two Haitian children a “colonizer.”

And Senate Democrats, who pushed for and have participated in 150 virtual hearings, now claim a “virtual hearing is no hearing at all.”

Democrats and the liberal media are flailing. They have no answer to Barrett, or on the constitutional footing Republicans have to nominate and confirm her.

And here’s why. Barrett has said she believes a “judge is obligated to apply the law as it is, and not as she wishes it would be.” Barrett believes “our foundational constitutional commitment is to the rule of law.”

“If we reduce the courts to mere politics,” Barrett said, “then why do we need them? We already have politicians.”

Barrett believes we should “respect the choices that all women make.” She views her role as not to sway with public opinion, but to interpret the law as written.

She is a woman who, on the same day she found out she was pregnant with her fifth child, answered the call to adopt her son John Peter after the catastrophic earthquake hit Haiti in 2010. Why? Because “life is short” and “what greater thing can you do than raise children?”

That selfless mentality is not just who Barrett is in her home, but who she is in her work. O. Carter Snead, a professor of law at the University of Notre Dame who taught Barrett and has known her for 15 years, eloquently explained her character and qualifications in an op-ed published by The Washington Post Sept. 26.

Snead shared insights into Barrett’s humility and “incandescent mind” that have won her many friends and admirers across ideological divides. He shared how Barrett helped a blind first-year law student get the resources she needed and mentorship to become the first blind female Supreme Court clerk in American history.

“She genuinely seeks to understand others’ arguments and does not regard them as mere obstacles to be overcome on the way to reaching a preferred conclusion,” Snead wrote. “Time and again, I have seen her gently reframe a colleague’s arguments to make them stronger, even when she disagreed with them.”

Thoughtful debate on issues, not “total war” as Democrats have threatened. Respect for others while you may disagree, not smears, threats, and barks from unruly mobs outside the homes of political opponents. In sum: Barrett is exactly the kind of person we need more of, not just on the highest court of the land, but in the United States of America.