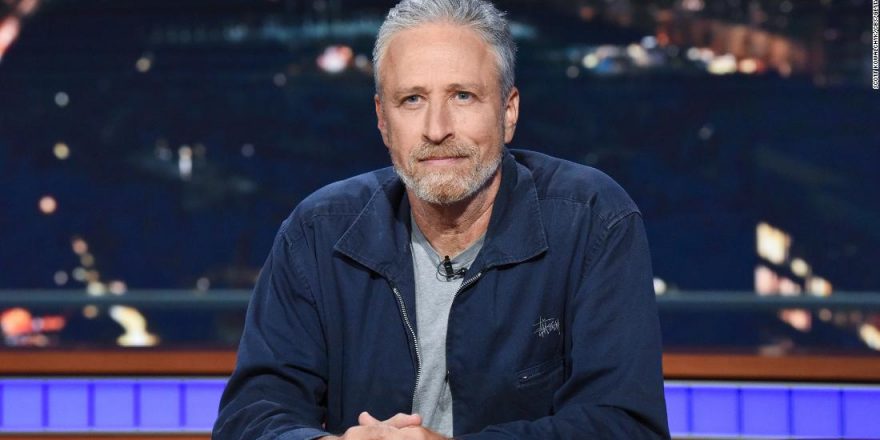 (CNN)Jon Stewart is coming back to TV. Well, Apple TV+, that is.

The former anchor of Comedy Central’s “The Daily Show” will host a new current affairs series for the tech company’s nascent streaming service, Apple (AAPL) announced Tuesday. It will be a part of a new production deal that the comedian has signed with the company.
It will be the first time that Stewart has had his own regular show since leaving “The Daily Show” in 2015.

While details are scarce, Apple says Stewart’s hour-long as-yet-untitled series will “explore topics that are currently part of the national conversation and his advocacy work.” Each season will also have a companion podcast.

Apple did not say how many episodes each season would have, or how the episodes would be rolled out. The series is expected to kick off next year. The news was first reported by The Hollywood Reporter.

Signing Stewart is a big move for Apple TV+.
Stewart is one of the most critically acclaimed and popular hosts in television history. He won multiple Emmys during his 16 years as host of “The Daily Show,” and was a trailblazer for late night comedy. So it helps to have Stewart as a marquee name as Apple battles with the likes of Netflix (NFLX) and Disney+ for subscribers’ time and money.
The former host has been mostly absent from the pop culture radar since leaving “The Daily Show.”
He’s popped up several times on CBS’ “The Late Show,” which is hosted by his old “Daily Show” colleague, Stephen Colbert, and directed this year’s “Irresistible,” a political comedy that starred another “Daily Show” alum, Steve Carell.
Away from the spotlight, Stewart has spent much of his time as a vocal activist for 9/11 first responders.
Stewart struck a four-year production deal with HBO in 2015 that was supposed to lead to a new animated series from Stewart that would comment on current events. The project was scrapped in 2017.

Stewart will be executive producer on the new Apple series alongside Richard Plepler, who is the former chief of HBO, and who signed a production deal with Apple earlier this year.
Apple TV+ is $4.99 a month and launched last November.
Source: Read Full Article