“Tolerance for opposing views is now in short supply,” Alito added in a virtual keynote speech to a conference of the conservative Federalist Society, in which he referenced the current state of discourse in the nation's law schools and the “broader academic community.”

Many recent law school graduates claim they face “harassment” and “retaliation” for any views that depart “from law school orthodoxy,” Alito said.

“In certain quarters religious liberty has fast become a disfavored right,” he said. “For many today, religious liberty is not a cherished freedom. It’s often just an excuse for bigotry and it can’t be tolerated even when there’s no evidence that anybody has been harmed.” 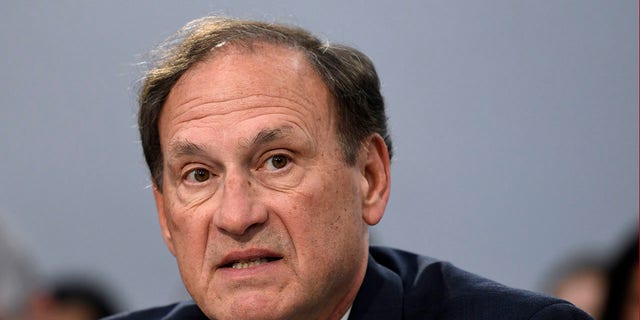 He cited the Supreme Court cases of the Little Sisters of the Poor, an order of Roman Catholic nuns who were exempted from a requirement to provide birth control coverage to employees and Colorado baker who was allowed to refuse service to a gay couple for their wedding.

No employees with the Little Sisters of the Poor asked for birth control coverage and the gay couple was given a free cake by another shop and had celebrity chefs jump to their defense, he said.

“The question we face is whether our society will be inclusive enough to tolerate people with unpopular religious beliefs,” he added, saying Christians deserve the same protections as the any of the religious minority groups in cases over which has presided throughout the years.

When Alito, 70, a nominee of former President George W. Bush who was confirmed by the Senate in 2006, touched on the pandemic, he said it has “resulted in previously unimaginable restrictions on individual liberty” and whatever people believe about the coronavirus restrictions, the U.S. can’t allow the restrictions to stand after the pandemic has passed.

He also said that houses of worship have been treated unfairly compared to other businesses during the pandemic, like in the case of casinos in Nevada.

“Nevada was unable to provide any justification for treating casinos more favorably than other houses of worship,” he said, referring to a recent Supreme Court case. The court still deferred to the governor who favored the state’s biggest industry, he said.

“Religious liberty is in danger of becoming a second-class right,” he warned, adding concerns about free speech and the Second Amendment.

He said there was “hostility” toward “unfashionable views” before the pandemic but said that free speech on campuses and at some corporations is now in danger.

“You can’t say that marriage is a union between one man and one woman,” Alito said. “Until very recently that’s what the vast majority of Americans thought. Now it’s considered bigotry.”

“Judges dedicated to the rule of law have a clear duty” he added, saying they can’t “compromise principle or rationalize any departure from what they are obligated to do.”

He said he’s confident the court won’t do that in the years ahead.

He finally mentioned the late Justice Antonin Scalia’s belief in originalism, the interpretation of the U.S. Constitution based on its “public meaning at the time of its adoption.”

“The Covid crisis has highlighted constitutional fault lines” he said, but stressed in his 15 years on the court good work has been done to protect freedom of speech and religious liberty and “the structure of government created by the Constitution.”

He closed by saying that standing up for the Constitution and freedom is work that lies ahead for all Americans.