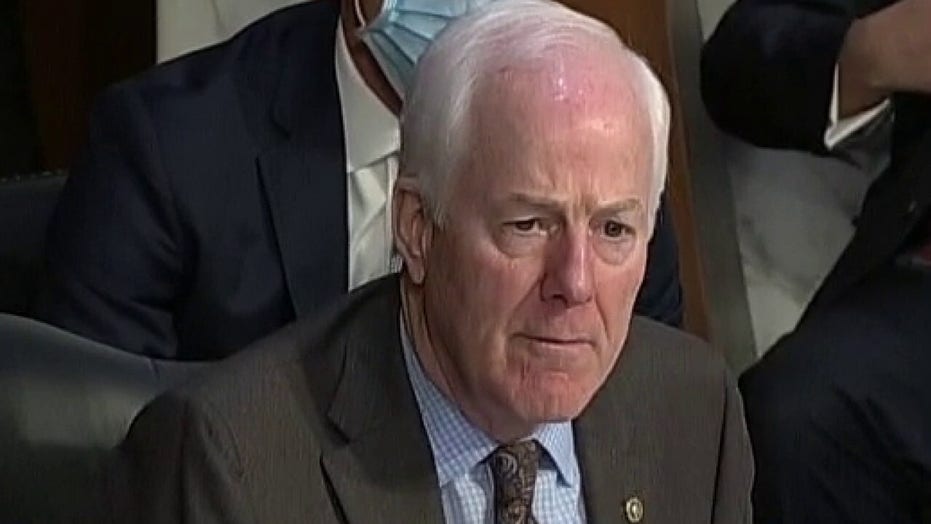 Sen. John Cornyn, R-Texas, has launched attack ads against his Democratic challenger MJ Hegar with less than three weeks left before the election.

Up until recently, most of the attacks in the Texas race have come from Hegar, according to the Texas Tribune. 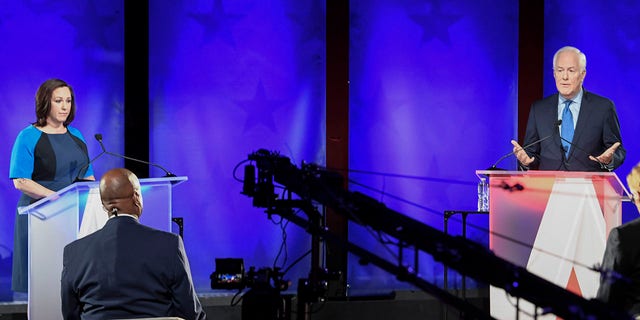 Republican U.S. Sen. John Cornyn, of Texas, back right, speaks during a debate with MJ Hegar, of Round Rock, left, Friday, Oct. 9, 2020, in Austin, Texas. (Bob Daemmrich/Nexstar/KXAN via AP, Pool)

Hegar spokesperson Amanda Sherman said in a statement the ads show “Cornyn and his Super PAC friends are absolutely terrified of the grassroots momentum MJ has built across Texas…Cornyn knows he can't run on his real record … so now he has to resort to spreading lies and misinformation about a decorated combat veteran and working mom,” the Tribune reported.

The new attacks come as the race seems to have gotten more competitive, although Cornyn has held a consistent lead in the reliably red state. His average polling lead is 7.6 percentage points, according to Real Clear Politics.

While polling in the state shows a tight race for President Trump and Democratic nominee Joe Biden, Heger is underperforming in key groups for Democrats, including voters of color, according to Morning Consult.

Still, the influential Cook Political Report changed its rating for the race from “likely Republican” to the less secure “lean Republican” this week.

Cornyn’s campaign has also taken advantage of the rift between Hegar and her primary opponent state Sen. Royce West. One of Cornyn’s ads includes a comment West made last Friday saying he wouldn’t vote for her and she’s has a “problem all along with Black folks.”

Hegar was asked in her debate with Cornyn why she hadn’t sought out West’s support in a show of party unity after defeating him in July, according to the Dallas Morning News.

West called out Cornyn for using his words against Hegar but still withheld support. “He’s done nothing for African Americans during his tenure in the United States Senate,” West said of Cornyn in a statement. “He stands lock-step in unison with a white supremacist President." West added he's "voting for Democrats on my ballot from the White House to the Court House," the Tribune reported.