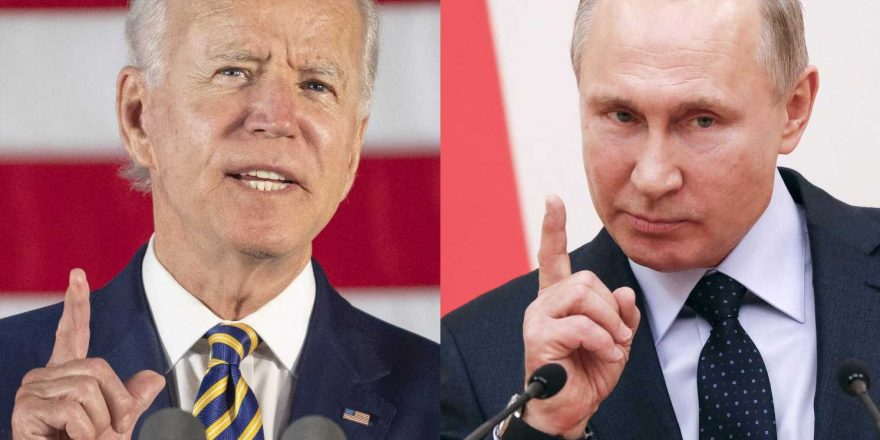 WASHINGTON – President Joe Biden will go solo when he meets the press after his summit with Russian President Vladimir Putin next week.

The White House said Saturday that it is still finalizing the details of Biden’s meeting with Putin in Geneva on Wednesday but that it will include a working session, a smaller session and a solo news conference.

A solo press conference is the “appropriate format” to communicate to the press the topics that will be raised in the meeting, the White House said.

Biden’s solo press conference will be a contrast from 2018 when Donald Trump and Putin stood side by side at a joint news conference after their summit in Helsinki, Finland.

Trump faced backlash after that news conference in which he appeared to accept Putin’s denial that Russia had meddled in the 2016 presidential election. Trump questioned the U.S. intelligence community’s assessment that Russia interfered in the election and said the U.S. carries as much blame as Russia for tattered relations between the two countries.

The White House later tried to walk back those comments: Trump said he accepted the intelligence community’s conclusion about Russian meddling but he insisted that “a lot” of other people also could have interfered in the election.

Biden’s one-on-one meeting with Putin will follow his participation in this weekend’s Group of Seven summit in Cornwall, England. Biden will take part in a meeting with NATO leaders in Brussels on Monday and then head to Switzerland afterward.

The summit with Putin comes amid rising tensions between the two countries over allegations of Russian-backed hacking, human rights abuses, interference in U.S. elections and what the West sees as growing Russian aggression against Ukraine.

Biden has talked of a visit with the Russian president in 2011 while he was vice president under Barack Obama. According to Biden’s account, he looked Putin in the eyes and proclaimed, “I don’t think you have a soul.” Putin looked back, smiled and said, “We understand one another,” according to Biden.

In an interview that aired Friday on NBC News, Putin called Trump “a colorful individual” but said he could work with Biden. Putin said Biden is “radically different from Trump because President Biden is a career man” who has spent “virtually his entire adulthood in politics.”

“It is my great hope that – yes, there are some advantages, some disadvantages – but there will not be any impulse-based movements on behalf of the sitting U.S. president,” Putin said.