Home » Politics » Joe Biden is meeting with the G-7 on his first presidential trip abroad. What is the G-7 and what do they do? 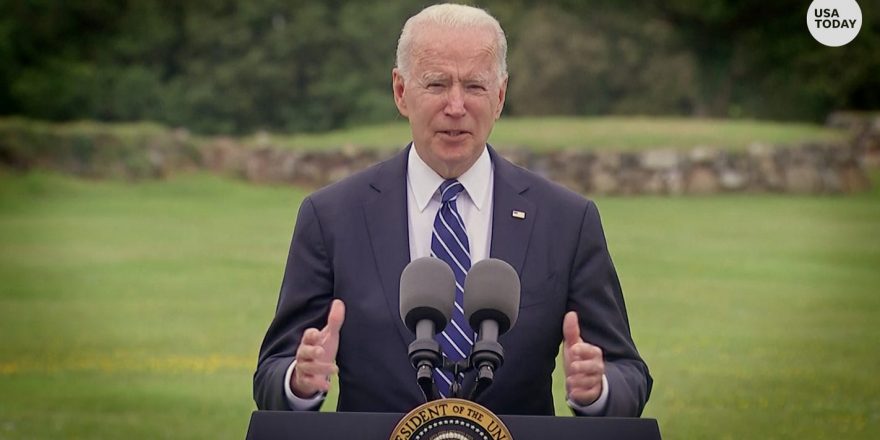 Joe Biden is meeting with the G-7 on his first presidential trip abroad. What is the G-7 and what do they do?

President Joe Biden traveled to Europe Wednesday on the first international trip of his presidencywhich coincides with the European Union’s recent reopening of its borders to vaccinated tourists.

During the eight-day tour, Biden will meet with Russian President Vladimir Putin, visit Queen Elizabeth II and attend the Group of Seven, or G-7, summit in Cornwall, England on June 11-13. It is the first time the summit has met in nearly two years and the first meeting in the post-Donald Trump era.

What is the G-7? Here’s what you should know:

Which countries are in the G-7?

Russia became an official member in 1997, but its membership was indefinitely suspended seven years ago for occupying and annexing Crimea from Ukraine. The “G-8” once again became the G-7 in 2014.

The group usually meets annually to discuss major global economic issues. The economic consequences of the coronavirus pandemic are// on the agenda this year along with climate change, defense and security and reestablishing the diplomacy some European allies found lacking during the administration of former President Donald Trump.

What will Biden talk to the G-7 about?

The president will announce that the U.S. will purchase and donate 500 million doses of Pfizer’s COVID-19 vaccine. Global vaccine alliance COVAX will distribute the doses to 92 low and lower middle-income countries and the African Union.

The leaders will also address the rise in China’s influence in the world economy and potential national security threats posed by the Chinese government.

In a June 5 editorial published online by The Washington Post, Biden said world democracies must protect advanced technology from illicit use.

“The world’s major democracies will be offering a high-standard alternative to China for upgrading physical, digital and health infrastructure that is more resilient and supports global development,” he wrote.

Biden added, “As new technologies reshape our world in fundamental ways, exposing vulnerabilities like ransomware attacks and creating threats such as invasive AI-driven surveillance, the democracies of the world must together ensure that our values govern the use and development of these innovations — not the interests of autocrats.”