Home » Politics » Jill Biden Reiterates Support for Free Community College: 'We Have to Get This Done' 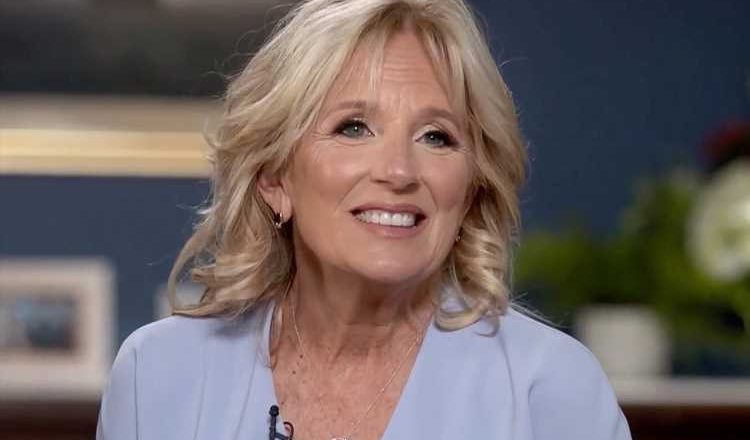 Jill Biden Reiterates Support for Free Community College: 'We Have to Get This Done'

Dr. Jill Biden on Tuesday reiterated her years-long support for giving Americans free access to community college, saying "we have to do it now."

"We have to get this done and we have to do it now," said Biden, 69, according to her press secretary, Michael LaRosa, who posted the comments on Twitter. "That's why we're going to make sure that everyone has access to free community college and training programs."

She continued: "We're going to make sure students have the support they need to cross that finish line. We're going to invest in programs that prepare our workers for jobs of the future."

The first lady, who has a doctorate in education, taught while serving as second lady and is continuing to work as a community college English professor while in the White House. As vice president, he and former President Barack Obama pushed a similar plan in Congress, which would have made two years of community college tuition-free for "hard-working students," though that proposal never came to fruition over Republican objections.

Dr. Biden has likewise often touted the value of community colleges and advocated for increased access. In a 2015 interview on Late Night With Seth Meyers, she pushed the tuition-free proposal, saying, "We want to make college affordable for all Americans."

The Biden administration is likely to revive that idea.

"In the 21st century, twelve years of school isn't enough," he tweeted in December, roughly one month before taking office. "That's why under the Biden-Harris plan, community college will be free — and public colleges and universities will be tuition-free for families earning less than $125,000 a year." The president has also made reopening schools amid the novel coronavirus (COVID-19) pandemic a top priority, signing an executive order promising to "support the reopening and continuing operation of schools and early childhood education providers."

This week, however, the White House clarified that goal as meaning more than 50 percent of schools reopened with one in-person instruction day a week by the end of Biden's first 100 days in office.

Biden has said he wants schools to reopen safely, though the issue is one of the thorniest in the pandemic, with competing health and funding concerns.

Dr. Biden is the first presidential spouse in modern memory who has said they will keep a separate job outside the White House.

"I'm going to continue to teach," she told CBS Sunday Morning in November. "It's important, and I want people to value teachers and know their contributions and lift up their profession."

In their first interview as president and first lady, for a recent issue of PEOPLE, Dr. Biden — who goes by "Dr. B" to her students — said she is now back to teaching English at Northern Virginia Community College, though instruction is over Zoom.

Just one day after her husband was sworn in to office, Dr. Biden hosted her first virtual event, a tribute to educators that included a recorded video message from the first lady, in which she thanked teachers for their "heroic commitment" throughout the pandemic.

"I have never felt prouder of our profession," the first lady said. "In this pandemic, educators have shown a heroic commitment to their students. So, on behalf of a grateful nation, thank you. You have been so strong. And now it's time for us to be strong for you."