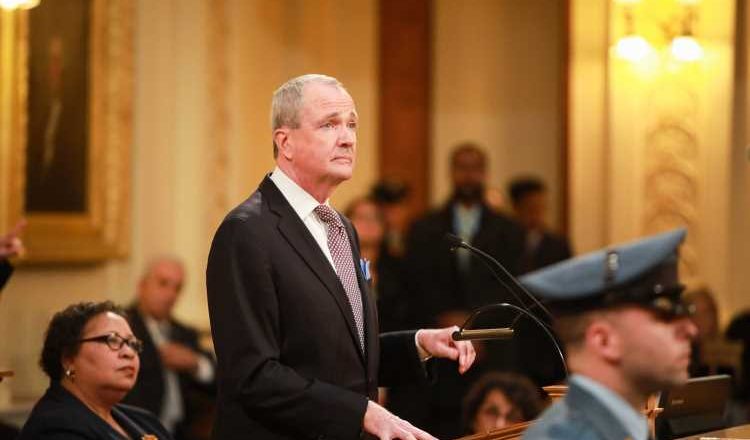 Just weeks before the world turned its attention on the all-encompassing novel coronavirus (COVID-19) pandemic, the East Coast governor sat face-to-face with his own startling medical discovery: cancer on his left kidney.

“I was suspecting something completely unrelated,” Murphy, 63, tells PEOPLE, sounding shocked at the news even nine months later, after the three-centimeter tumor was successfully removed.

Murphy had no family history of cancer, he doesn’t smoke, and had only visited his doctor to check-up on a gastrointestinal issue “completely unrelated to what they found.”

“I had no pain,” Murphy says. “Then, the results came back and low and behold, there’s a tumor.”

The accidental discovery was a “fortuitous” one, the lawmaker now says, after doctors found the growth was malignant. But the hours-long surgery, on March 4, also marked the beginning of an unprecedented, dueling health crisis for the Democratic state leader —  a personal triumph soon drowned out by a pandemic that’s since “clobbered” millions across the state, country, and world.

“He was supposed to have three weeks to recover,” the state's First Lady Tammy Snyder Murphy tells PEOPLE. “But given the timing of the pandemic and the way Phil is wired, he was anxious to get back to work.” “His heart and mind were ready to go,” the first lady adds, laughing in disbelief at her husband’s endurance and the unfortunate timing of COVID-19’s arrival in their state. (The couple, who has been married since 1993, have three sons and a daughter together.)

Murphy remembers the surgeon standing over him, delivering the good news: “It was successful." Then, in the recovery room, came a text with the bad news: New Jersey health officials just confirmed the first positive case of the novel coronavirus in the state.

Since then, at least 19,208 people in New Jersey have died from COVID-19 while at least 494,063 have contracted the virus, according to a New York Times tracker on Jan. 4. Murphy was scheduled for a 10-day recovery, with plans to work three weeks at home before returning to a normal office schedule. But, “the plan basically got thrown out of the window,” the governor says.

The governor was soon “up to my eyeballs in the early days of COVID-19.” The first lady says her husband was "on the phone, sending emails and checking texts constantly."

“He certainly never had a chance to recover,” she says. The governor’s schedulers say they tried to sneak lighter days onto his schedule, claiming little success, though Murphy contends he was able to get some rest. (“You’re really playing with fire if you don’t,” he says.)

If doctors had caught the tumor a week later, the couple says Murphy’s surgery would’ve been considered elective, and the operation would’ve been postponed because of increased hospitalizations during the pandemic’s first wave.

“That was the part that I think was the most shocking beyond having the diagnosis,” the governor says. “When folks hear elective surgery, they think somebody’s getting a nose job, right? I think that’s on the list, but when hospitals made those decisions to limit access to the really critical — the definition of what is limited is very broad — including some serious health issues. I don’t think I appreciated that until this experience.” Instead, on March 13, the cancer-free governor delivered his first coronavirus press conference, kicking off an almost daily routine since then. The state had been preparing for COVID-19 since January, he says, and his office had set up its own coronavirus task force in February.

Earlier that month, the governor’s office announced doctors had found the tumor, just days before his State of the State budget address. At the address, the self-described “proud Democrat” received a lengthy standing ovation from colleagues both Democratic and Republican — a snapshot that still stands out after a gruesomely divisive election year.

“It was a very emotional and deeply moving moment,” Murphy says of the support from his peers. “It was their way of saying we’re with you and we wish you nothing but the best. That meant a lot.”

Murphy worked at paying the support forward to the state's residents, delivering around 150 daily COVID-19 briefings where he’s memorialized victims of the pandemic and given his constituents the latest medical updates they needed to stay safe from the virus.

The governor has done so in mostly mild-mannered fashion, barring some blunt warnings and one boiling point this month, denouncing Fla. Rep. Matt Gaetz for partying in New Jersey despite state pandemic restrictions on large gatherings. Murphy also largely avoided conflict with President Donald Trump, who feuded with other Democratic governors throughout the pandemic, including Murphy’s neighbor in New York, Gov. Andrew Cuomo.

“When it comes to saving lives, the key is to do what it takes and you don’t spend a lot of time thinking about partisan issues,” says Murphy, adding that he’s been ”able to find common ground” with the current administration, as well as other governors, “regardless of what party they’re in.”

Doctors found no sign of cancer at his six-month check-up, the governor says. He's due for another in the spring.

In 2021, Murphy says “getting the pandemic driven to the ground is job No. 1." Second, adds the governor — who was formerly a Goldman Sachs executive and Democratic Party national finance chair — will be rebuilding the state’s economy.

“Nothing’s gonna keep us down,” Murphy adds, echoing his state’s “hard scrabbled, tough, working class” population. New Jersey’s “nine-million member family” and its response to the COVID-19 pandemic is something the governor says left him “profoundly impacted,” nine months after it began with him in the hospital.

“We have attitude, man,” Murphy says. “All of that has been a blessing this year, because we’ve needed all of it.”

As information about the coronavirus pandemic rapidly changes, PEOPLE is committed to providing the most recent data in our coverage. Some of the information in this story may have changed after publication. For the latest on COVID-19, readers are encouraged to use online resources from the CDC, WHO and local public health departments. PEOPLE has partnered with GoFundMe to raise money for the COVID-19 Relief Fund, a GoFundMe.org fundraiser to support everything from frontline responders to families in need, as well as organizations helping communities. For more information or to donate, click here.