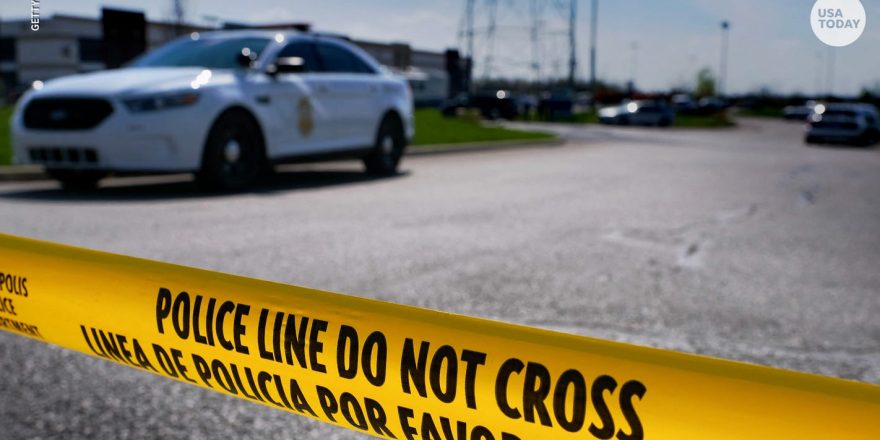 Not much is known as yet about the gunman’s motivation for perpetrating Thursday night’s rampage at an Indianapolis FedEx facility that resulted in eight victim fatalities and injuries to five others. According to reports,19-year-old Brandon Scott Hole had previously been employed at the facility, but whether he was fired or quit on his own and for what reason have not been revealed. And there has been no indication whether any of his victims were specifically targeted.

According to his mother, Hole fantasized about suicide-by-cop. He did take his own life inside the FedEx building, but without waiting for a shoot-out with the police.

Law enforcement had dealt with Hole back in March of 2020. Deeply concerned about her son’s well-being, Hole’s mother had contacted the authorities, requesting an evaluation of his psychological fitness. The mental health check resulted in the young man’s hospitalization and confiscation of his shotgun. After completing its investigation, the FBI later concluded that Hole did not pose a sufficient threat to warrant further restraint, allowing him legally to purchase the two semiautomatic rifles used in Thursday’s shooting.

In the aftermath of mass killings, warning signs always seem much more telling with the aid of 20/20 hindsight. Of course, most troubled people do not turn their angst into violent action.

While we await answers concerning Hole’s motivation and employment history — information that may never come to light without him around to explain — the history of previous workplace massacres at the hands of current or former employees helps to make sense of seemingly senseless carnage.

Since 2006, there have been 14 workplace massacres with at least four people killed that stemmed from employment grievances, according to the Associated Press/USA Today/Northeastern University Mass Killing Database (of which I am one of the principals).

Most of these disgruntled avengers believed that they were the victim of injustice and mistreatment on the job. They were determined to be the one doing the firing — with bullets, not pink slips. Sometimes the perpetrator’s grudge centered on a particular supervisor or co-worker, yet innocent others were victimized because of their association with the prime target. Some assailants blame the company in general, and indiscriminately slaughter anyone in their path as proxies for the organization.

In 2010, for example, Omar Thornton, 34, was fired from his job at a Connecticut beer distributor after being caught taking kegs for personal use. Enraged over his dismissal, he proceeded to shoot 10 of his co-workers, killing eight. In a most unusual move, he then called 911 to make sure everyone was aware of his justification.

“This place is a racist place,” Thornton explained, “They treat me bad over here … So, I took it into my own hands and handled the problem. I wish I got more of the people.”

Satisfied that he wouldn’t be seen as just some nut who went off the deep end for no reason, Thornton then took his own life. Subsequent investigation determined that the man’s claims of racial bias were unfounded.

Back in the 1980s and 1990s, workplace homicide was a major concern in office suites and manufacturing plants across the country. A string of deadly rampages at postal facilities gave rise to the term, “Going Postal,” yet workplaces of all types were on high alert for the dreaded “co-worker from Hell.”

Many companies, large and small, endeavored to upgrade the workplace climate. Recognizing that wellness of their workforce is as important as the bottom line, they held trainings to combat harassment and invested in Employee Assistance Programs for workers in need of counseling.

Other businesses, however, took a more hardline approach. Rather than offering outplacement services for downsized employees, they escorted displaced and displeased employees out the door with security personnel standing guard.

An imbalance between support and security can have a decidedly negative effect. Repeatedly staging active shooter drills and bolstering the workplace with physical barriers tend to create a fortress-like environment, one that can alienate workers and breed hostility. But this does little to attend to the needs of those individuals who are at risk for violence.

With the pandemic on the wane and businesses welcoming their employees back to the workplace, management must be prepared to support those who had been furloughed as well as others who labored under the stresses and strains of extended social isolation. And, of course, some employees will return reluctantly for fear of the virus, of dealing with co-workers who may resist mask wearing, and even of the possibility of being confronted by someone like Omar Thornton or Brandon Hole with a loaded gun in hand.

Notwithstanding the recent massacre at FedEx as well as less extreme acts of workplace violence that did not make headlines, the risk of being shot by the scary guy in the office down the hall is quite low.

James Alan Fox is the Lipman Professor of Criminology, Law and Public Policy at Northeastern University, a member of the USA TODAY Board of Contributors, and co-author of “Extreme Killing: Understanding Serial and Mass Murder.” Follow him on Twitter @jamesalanfox