Home » In 1st, two women will sit behind a president for a speech to Congress 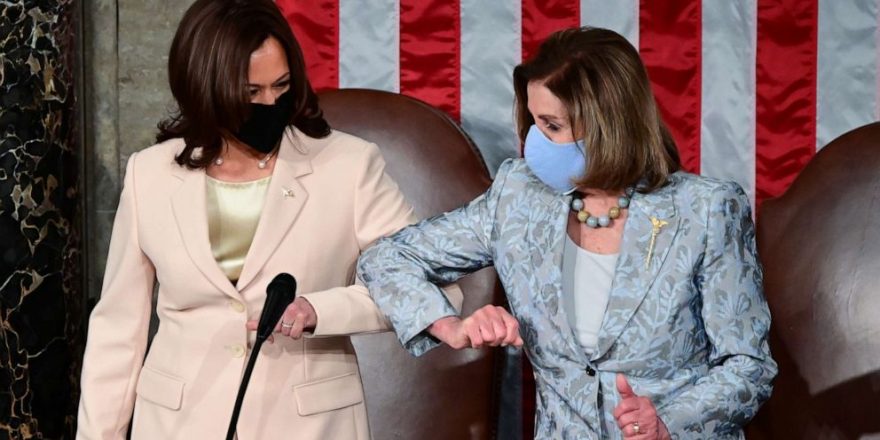 In 1st, two women will sit behind a president for a speech to Congress

For the first time Wednesday night, two women will be seated behind a president making an address to a joint session of Congress.

As millions of Americans watch on TV and computer screens, Vice President Kamala Harris will be visible to the left and House Speaker Nancy Pelosi to the right as Biden speaks to lawmakers and the nation, highlighting their roles as women now first and second in the line of presidential succession.

Pelosi told ABC News Congressional Correspondent Rachel Scott on Wednesday that she’s proud of the history being made and the message it will send to the next generation.

“It’s very exciting, it’s so exciting to be up there with Kamala Harris — the Vice President of the United States. Not just a woman — but an African American woman, an Asian American woman. A minority woman,” Pelosi said to Scott.

“It is historic but we can always just be looking forward, that’s what our role is,” Pelosi continued.

“I tell kids who come here, see all these statues. It’s important that we memorialize and honor those who gave us the country we have but they would want us to be looking forward.”

Pelosi also reflected with Scott on the welcome President George Bush gave her as the first female House Speaker 14 years ago.

Historian Mark Updegrove, CEO of the Lyndon Baines Johnson Foundation and an ABC News contributor, said the sight of Harris and Pelosi together behind Biden will shows American politics at a “turning point.”

Debbie Walsh, the director of the Center for American Women and Politics at Rutgers University, said that Pelosi, who has shattered glass ceilings of her own, has spent a lot of her career “empowering other women,” but is still waiting for an even bigger first at a joint session.

“I’m sure, though, she is still waiting to see that moment when a woman is president of the United States,” Walsh said.