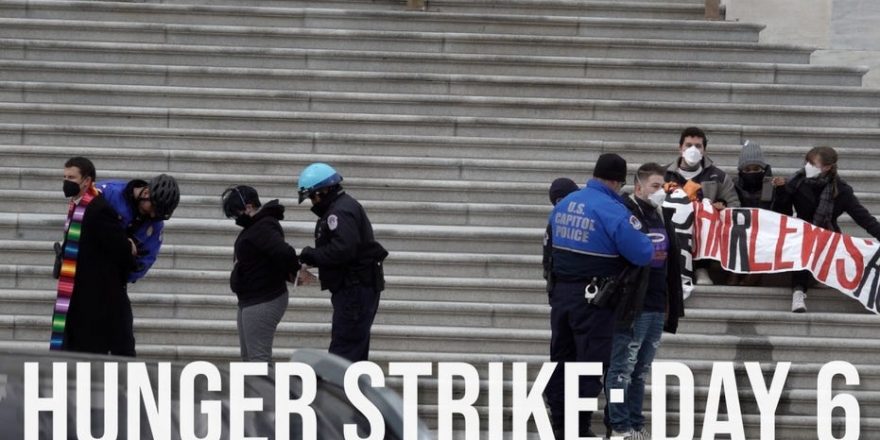 WASHINGTON, D.C. – Dozens of activists were arrested Tuesday after refusing to leave the U.S. Capitol steps.

“This is our house, this is a civil disobedience” activists said as they moved passed Capitol Police officers towards the steps, where they sat and chanted, pleading the Senate pass voting rights legislation.

The group began at Union Station and marched to the Capitol. Many of the 29 arrested, which included one minor, were on the sixth day of a hunger strike as part of their protest. 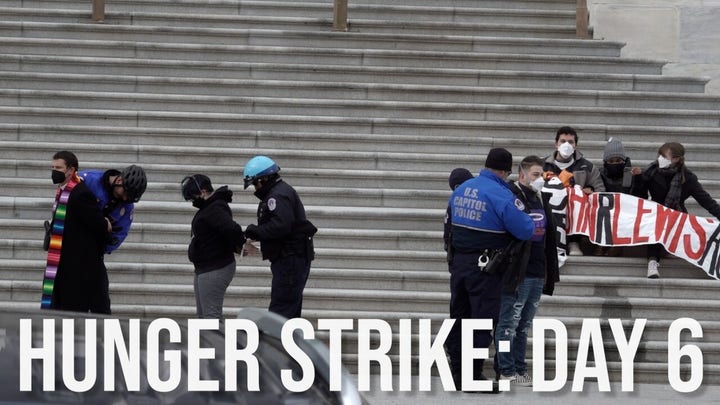 “Ain’t going to let no filibuster turn me around, turn me around,” the group, including youth activists, faith leaders, and civil rights organizers sang.

The U.S. Capitol Police gave three warnings before moving in to arrest the demonstrators.

“Preliminarily charges will be crossing a police line, and crowding/obstruction/incommoding,” Capitol Police told Fox News. Shana Gallagher, who previously spoke with Fox News, was among those arrested. 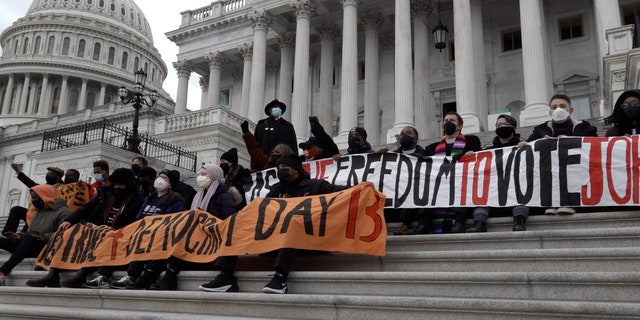 “Unfortunately, the hunger strike was no longer being cared about by our senators,” the college student told Fox News as the group was arrested. “Our futures and lives are hanging in the balance of this bill getting passed, and so we’re out here escalating even further.” 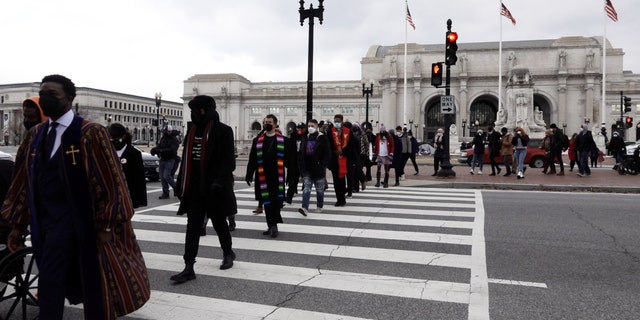 The group is advocating the Senate pass the Freedom to Vote: John R. Lewis Act, a combination of voting bills. Democrats have argued the legislation prevents voter suppression, while Republicans argue the legislation would open elections to fraud. 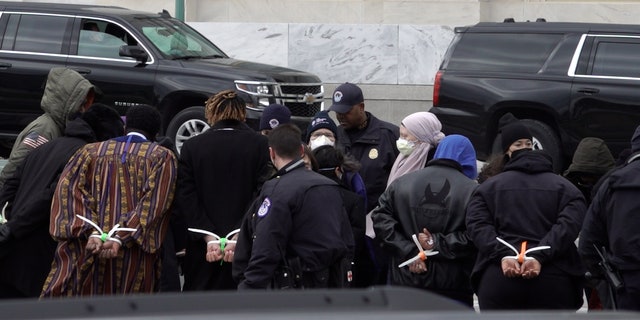 But Democrats lack the votes to pass the legislation. Sen. Joe Manchin has repeatedly refused to give into his colleagues demands that he support a measure that would effectively lift the filibuster and lower the number of votes needed.

The West Virginia Democrat said he was willing to face a primary challenge over the issue.

“I’ve been primaried my whole life, that would not be anything new for me,” Manchin told reporters.