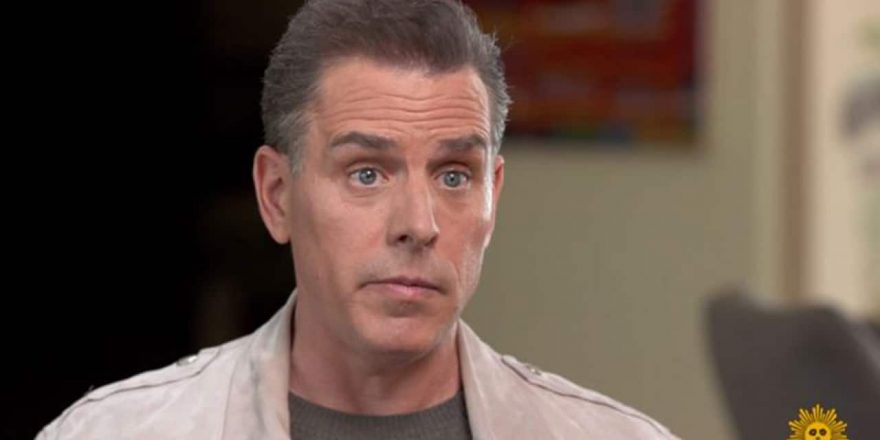 In the pantheon of scammers, swindlers, and scoundrels Hunter Biden is a rock star. He is a grifter extraordinaire –a shameless hustler who has established a lucrative career running a myriad of cons and capers.

Hunter made millions of dollars from foreign entities by leveraging the name “Biden.” Now he’s running a new con by peddling a memoir that promises candor about his scandalous behavior. Except that it doesn’t really. The truth about important events is scrupulously massaged or avoided altogether.

As tell-all books go, this one is a charade. It’s an encyclopedia of evasions, deceptions, and inventions. What did you expect from an author who is a notorious charlatan?

In most of Hunter’s illicit schemes, his “marks” or prey have been overseas corporations located in countries where his father, Joe Biden, was in charge of U.S. foreign policy directives as vice president during his eight years in the Obama administration.

It is obvious those businesses thought they were buying access to the elder Biden or outright influence and protection. Some were fleeced. But others appear to have spent their money well.

For instance, Hunter pocketed roughly $85,000 a month from Burisma, a Ukrainian company that was being investigated for corruption. He had zero experience, no discernable qualifications, and spoke not a word of the language.  No matter.  When his dad threatened to withhold a billion dollars in U.S. taxpayer money, the lead Ukrainian prosecutor was sacked and the probe magically vanished.  Mission accomplished. Maybe Hunter should have asked for more cash –a performance bonus.

The $4 million Burisma hustle constitutes compelling evidence that Joe Biden used the powers of his high office and taxpayer money to take action that benefited a foreign company that was paying his son.

Is that criminal? It could be because it is a felony for a public official to confer a benefit to a foreign government (a billion dollars in financial assistance, for example) in exchange for something of value to himself or a relative.  Anyone (like Hunter) who aids or abets would be guilty of being an accessory, not to mention conspiracy.

The China scam is harder to unravel. A trove of incriminating evidence found on Hunter’s abandoned laptop indicates that both Bidens stood to gain handsomely in a secret deal with China’s largest energy company, CEFC. Payments in terms of “20” for “H” and “10 held by H for the big guy” are identified in one smoking-gun message.  The veracity of that communication was long ago confirmed by Fox News.

Tony Bobulinksi who revealed that he was recruited to be CEO in the deal has stated publicly that Joe was the “big guy.”

No doubt about it.  Bobulinksi says he met personally with Joe Biden in 2017 to discuss the “family” project that was expected to net billions of dollars in Chinese contracts.  While it never came to fruition, millions of dollars were paid out.

Just who in the Biden family was enriched remains a mystery. Did Joe get a cut?  Or did Hunter rip-off his old man? Habits are hard to break.

For a refresher on this and Hunter Biden’s other prodigious schemes, take a gander at the senate report entitled, “Hunter Biden, Burisma, and Corruption: The Impact on US Government Policy and Related Concerns.”

The revelations will leave you stunned.  The 87 pages are chalked full of arguably corrupt deals involving not just Ukraine and China, but Russia, Kazakhstan, Romania, and Oman. Given Hunter’s exceptional talent as a con-artist, there may be others that have not yet been uncovered.

Why is Hunter, who has been hiding from the press, now going public?  Because he knows that with his dad residing in the White House there is no risk of criminal charges being brought against either one of them.

He boasted as much in a Monday interview when spoke about how relieved he was when his father won the presidential election.  A Biden loss “seemed a threat to my personal freedom,” said Hunter.  “If dad hadn’t won, I’m certain Trump would have continued to pursue me in the criminal fashion he’s adopted,” he added.

In other words, Hunter would have been held accountable under the law if Trump had been re-elected.

So, apparently, the fix is firmly in, and the son of the sitting president knows it.  He confidently predicted that the current investigation by his father’s Department of Justice will completely absolve him of any criminal wrongdoing.  You could almost hear him say, “Gee, thanks Dad for the Get Out of Jail Free card!”

There is no doubt that Hunter was adept at fattening his bank account with foreign cash by exploiting his father’s power.  That’s the kind of thing that predatory hustlers do.  They are brash and greedy.  They also excel at lies and cover-ups.

But Hunter’s latest con is the most audacious of all.  He convinced Simon & Schuster to publish his book and stands to make millions if only he can dupe readers into buying it.  To gin up sales, he’s granting interviews to many in the lapdog media who have been protecting him all along.  They continue to be witting accessories.

Some of these media figures are pure sycophants.  CNN’s Brian Stelter should win the award for “biggest suck-up.”  On his weekend show, “Reliable Sources,” the host openly gushed about how wonderful Hunter’s memoir is.  Stelter must not read much.  Which is probably why he is a consistently unreliable source of intelligent thought.

Ah, the old Russian disinformation ruse. That canard is just too stupid for words. The evidence is overwhelming and incontrovertible that the laptop is Hunter’s and he dropped it off himself at a repair shop, replete with its damning contents.

To his credit, Anthony Mason of CBS tried repeatedly to get an honest answer from Hunter about the laptop.  Instead, he received this clumsy misdirection: “You don’t need a laptop. You got a book. The book–it’s all in the book!”

Right. Except that it’s not in the book. There is precious little information about Hunter’s devious financial shenanigans, especially those memorialized on his laptop.

Yet, in his promotional interviews, he persists in peddling conspicuous deflections.  I suppose it is a fool’s errand to try to pry an honest answer out of an inherently dishonest person.

Hunter seems determined to embrace the mantle of victimhood by seemingly pretending to wallow in the self-loathing of his drug addiction. There is plenty to loathe.  His morally bankrupt decision to have an affair with his dead brother’s wife is only a small part of it.

Mostly, he comes across as a weasely character soaking himself in vacuous excuses.  He promises that you’ll believe him, if only you’ll buy his book.

Don’t do it.  It’s all part of the long con. Hunter wants your money. Don’t get too close. You might find your wallet missing.