Home » Politics » Greg Gutfeld: Democrats and the media are about to suffer a huge loss 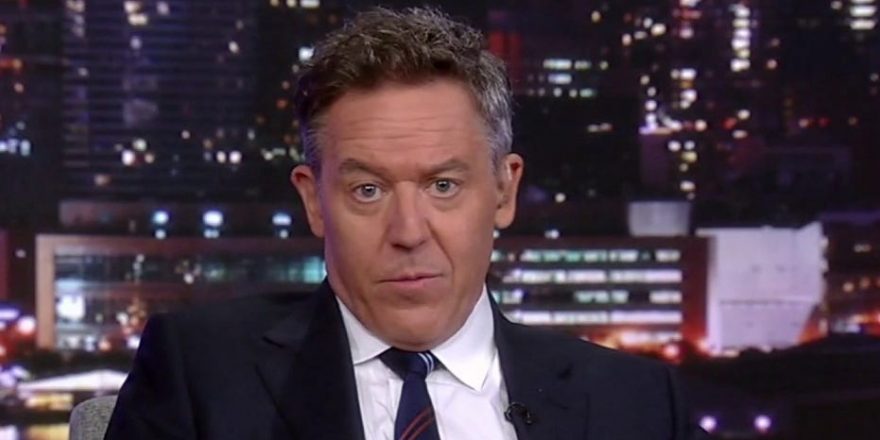 Greg Gutfeld: Democrats and the media are about to suffer a huge loss

Today’s truly hard news: President Joe Biden underwent a colonoscopy. I believe we have exclusive tape of the procedure.

Thank God they found nothing bad in his colon. Well, except for his head. It was a tough procedure for the doctors,  they didn’t know which end to work on. So they brought in a veterinarian – they needed someone experienced with the horse’s ass. Of course, that meant during the procedure, Kamala Harris was in charge.

Yeah, she was just a polyp away from the presidency.

In other news, the Dems and the media are enraged. I know. Surprise! Also — the earth is round, the sky is blue, and I’m handsome.

So what set them off? Was it rising crime? Broken supply chain? Joe pooping in the sink?

No, something even more serious. A Republican posted a meme. Yes, a meme. Quick let’s convene a crooked panel made up of left-wing psychos to condemn it.

ERIN BURNETT: A sickening post by a sitting member of Congress.

CHARLIE SYKES: Paul Gosar is a bigot with some serious mental issues.

CHRIS CUOMO: is that really just a joke? It’s the only way this guy seems to like to joke. He’s constantly threatening people.

WHOOPI GOLDBERG: no you are not supposed to do that and it is not funny and the kids don’t care about your anime. It was not good.

JOY BEHAR: what do they let anyone run for congress these days – anybody?

So they had a vote to censure him. Over a meme. Once again tackling the real issues that affect the average, hardworking, taxpaying citizen. 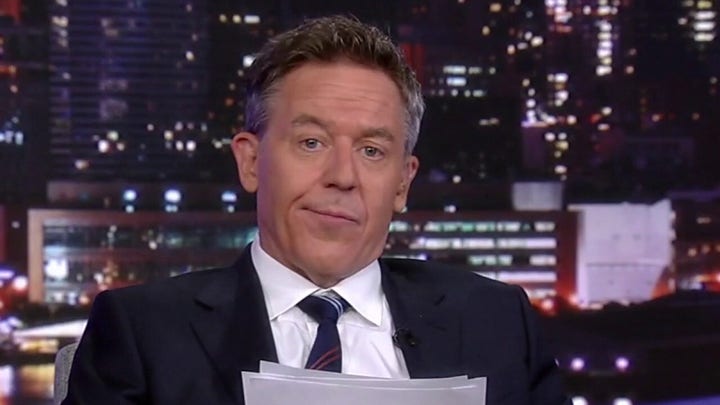 Now, the last time I checked — a meme didn’t:

1.  Demand that activists get in your faces if things don’t go your way politically;

2. Excuse the burning down of businesses  — redefining crime as protest, leaving dozens dead, and causing more damage than Brian Stelter at Golden Corral;

3. Call for the targeting of parents concerned over the brainwashing of their kids;

4. Separate kids by race so they start at the earliest age to hate each other;

5. Push to defund the police all over the country, leaving a void that thugs happily exploited.

Who did all that? Well, I’ll give you a hint – it wasn’t a meme. It wasn’t a wacky dentist like Gosar. By the way, he can’t be any wackier than my dentist who once told me that “water picks aren’t just for teeth anymore.” And was he right!

Sure — whatever Gosar did was stupid, I guess. Because for a brief moment, he acted like a Democrat! But getting the Dems to play by their own rules? That’s like pulling teeth. Now I still haven’t seen the actual meme. Although immediately after he was censured, he retweeted it. That’s my type of guy. Well, that and Brazilian underwear models.

And why didn’t I see it? I tend not to look at stupid stuff online. If I’m in the mood for deranged ramblings, I’ll flip through Kat’s diary. She doesn’t know I have my own key. The fact is, like my affair with Whoopi Goldberg, no one would have known about the meme until the media amplified it. And they do that as a diversion from their own actual mayhem. 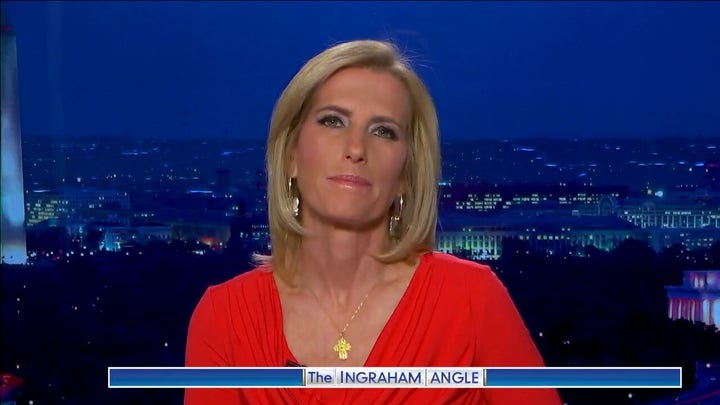 We live in an era where the media and the activist class actively subvert civil society while attempting to destroy those who try to stop them. So forgive me if I don’t join the Dems in their feverish outrage over something you realize (like the moon landing or Kamala’s smile) isn’t real. Like a meme.

It’s like getting angry arguing about whether Santa Claus is Black or White. I couldn’t care less if the Democrats post memes. I wouldn’t care if they posted mimes. At least mimes know when to shut the f*** up. Right?

Meanwhile, they just put the Qanon shaman behind bars for nearly four years.  His crime? Showing up dressed like a Viking and scampering around the Capitol like a high school senior emptying lockers on the last day of school. In other words, he was acting just like the people who actually work in the Capitol the other 364 days a year. As the Babylon Bee noted, if only he burned down a car dealership, he would have gotten a lighter sentence… Or his own flavor of ice cream from Ben and Jerry’s.

But who’s going to fight for him? And call him an “activist?” No one. I guess I could point out the hypocrisy in all of this, but why? When Colorado Rep. Lauren Boebert does it for us.

LAUREN BOEBERT: Since this speaker has designated the floor to discuss members’ inappropriate actions, shall we?  The jihad squad member from Minnesota has paid her husband, and not her brother husband, the other one, over a million dollars in campaign funds. This member is allowed on the foreign affairs committee while praising terrorists. … My colleague and three-month presidential candidate from California who’s on the intelligence committee, slept with Fang Fang, a Chinese spy.

Excuse me lady — making fun of Omar and fart man Swalwell? You trying to take my job? If Lauren starts calling Kat a drug addict, I’m suing for copyright infringement.

Fact is, incendiary language can only go one way. It’s purely acceptable for libs to excuse real aggression.

MAXINE WATERS: If you see anybody from that cabinet in a restaurant, in a department store, at a gasoline station, you get out and you create a crowd, and you push back on them, and you tell them they’re not welcome.

CHUCK SCHUMER: Want to tell you, Gorsuch, I wanna tell you, Kavanaugh, you have released the whirlwind and you will pay the price.

CHRIS CUOMO: Please, show me where it says protesters are supposed to be polite and peaceful because I can show you that outraged citizens are the ones who have made America what she is.

JOY REID: This Kyle Rittenhouse trial, it reminded a lot of people of something … the Brett Kavanaugh hearings … in America there’s a thing about both White vigilantism and White tears.

So you better shut up, while they can get more in your face than Nancy Pelosi’s team of surgeons.

Step back and look at everything. Manipulating video to attack Covington Catholic school kids. The targeting of parents. The imprisoning of the January 6th rioters for years. The media’s distortion of the Rittenhouse case – and targeting judge and jury. 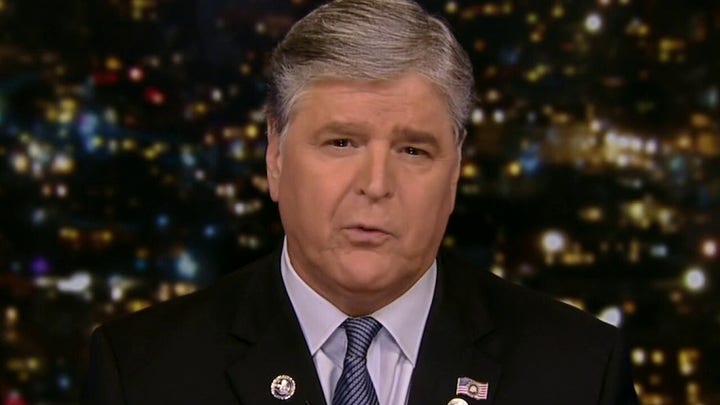 And remember the “whip” story where the left and the Dems attempted to ruin a border patrol officer by lying about him whipping migrants? President Biden said: “I promise you, those people will pay.” But like most of his promises — and his digestion — it was nothing but hot air. Where the hell did that story go? It’s harder to find than Mitch McConnell’s chin.

And why are we letting the mob off the hook? Hey Republicans! Grow some balls!  Whose side are you on anyway?

And of course, there’s this entire hoax designed to undermine an election, cuz the media not only hated the winner but hated his voters more.

ALISYN CAMEROTA: Much of the dossier has been corroborated

ADAM SCHIFF: When you look at just what has become public, some of the public information is very much in line with what is reported in that dossier … The 3 core goals that are outlined in that dossier by that particular source do seem to be very well-born out

DON LEMON: Much of the dossier has been corroborated

JOE SCARBOROUGH: If you look at one of the memos from Comey written in February of 2017, he effectively says that large portions of the Steele dossier have been corroborated

ALISYN CAMEROTA: The dossier has been corroborated

RACHEL MADDOW: There are parts of the dossier that really have been proven out.

It’s pretty clear. The left is losing. So they gotta fight dirty. Target, instill fear, and if anyone fights back, use political and media power to destroy them. So I kinda forgive people like Gosar posting stupid memes. They’re new at this game.

But it’s a game the Dems and the media have been perfecting for years. But the game clock is running out, and they’re about to suffer a huge loss. But hey, maybe they can blame it on a meme.

This article is adapted from Greg Gutfeld’s opening monologue on the November 19, 2021 edition of “Gutfeld!”