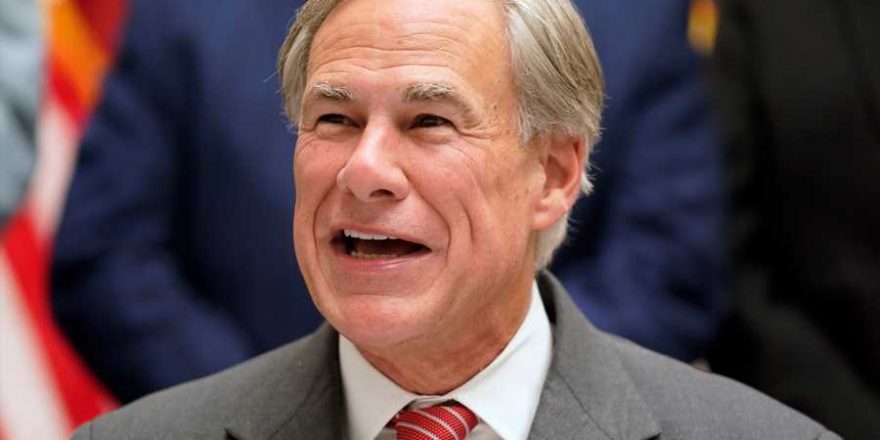 An extremely reasonable one is why the state is now forcing rape and incest victims to carry their pregnancies to term, which was asked of Abbott during a news conference on Tuesday. Abbott responded with a plan that, absent a mere second of serious consideration, makes perfect sense: Simply eliminate rape.

“Rape is a crime,” Abbott said, “and Texas will work tirelessly to make sure that we eliminate all rapists from the streets of Texas by aggressively going out and arresting them and prosecuting them and getting them off the streets.”

Abbott did not elaborate on how he plans to identity which Texans will commit rape in the future, and then preemptively arrest them.

If Abbott is somehow not able to eliminate rape in the state of 30 million, Abbott says it’s all right because the bill he signed only bans abortion after six weeks of pregnancy. He failed to mention, of course, that many women don’t even know they’re pregnant until after six weeks. Even if a woman suspects they might be pregnant — which usually doesn’t happen until after they’ve missed a period, which could take weeks — they’d then need to get an appointment with an OB-GYN, and then another at an abortion clinic, all within six weeks of conception. This is damn-near impossible.

It’s pretty likely the whole six-weeks thing is going to come into play here, as Texas doesn’t have a great track record when it comes to cracking down on rape, despite Abbott’s confidence that he’s going to eliminate it entirely. The state is notorious for its backlog of untested rape kits, which hold DNA evidence that could put rapists in jail. As Sen. John Cornyn (R-Texas) — yes, that John Cornyn — wrote in an op-ed for The Dallas Morning News in February, “every day that a kit doesn’t get tested, that evidence goes nowhere, and victims go another day without justice.”

When Cornyn wrote the piece in February, there were over 6,100 untested rape kits sitting on shelves in police departments across Texas, according to the Department of Public Safety. This, believe it or not, is a big improvement. The number was 20,000 as recently as 2013. Thanks in part to a slew of new legislation, the number has continued to dwindle since February. The group End the Backlog puts now puts the number of untested rape kits in Texas at just over 2,100. The progress here is encouraging, but make no mistake about it, Abbott and the state’s Republican-led legislature aren’t to be trusted when it comes to cracking down on rape, as Rep. Alexandria Ocasio-Cortez (D-N.Y.) pointed out on Wednesday.

“This idea that we’re going to ‘end rape’ when the same type of, frankly, rape culture and misogynistic culture that informed this abortion law to begin with … those beliefs are held by the governor himself and the Texas state legislature,” she told CNN. “Frankly, there are many people in power, as we know from the #MeToo movement, that commit sexual assault, that help their friends cover up these crimes. Some of them even serve in the same state legislatures that are voting on these anti-choice bills. It’s awful. He speaks from such a place of deep ignorance. It’s not just ignorance, it’s ignorance that’s hurting people across this country.”

Rep. Lizzie Fletcher (D-Texas) said Abbott’s plan is so unserious that it borders on the supernatural. “I would love to see Texas address violence against women, but that is not what this bill does,” she told MSNBC. “It’s kind of this magical thinking that’s typical of his approach to governing, that he’ll give an answer that is really untethered to the reality of what he’s doing.”