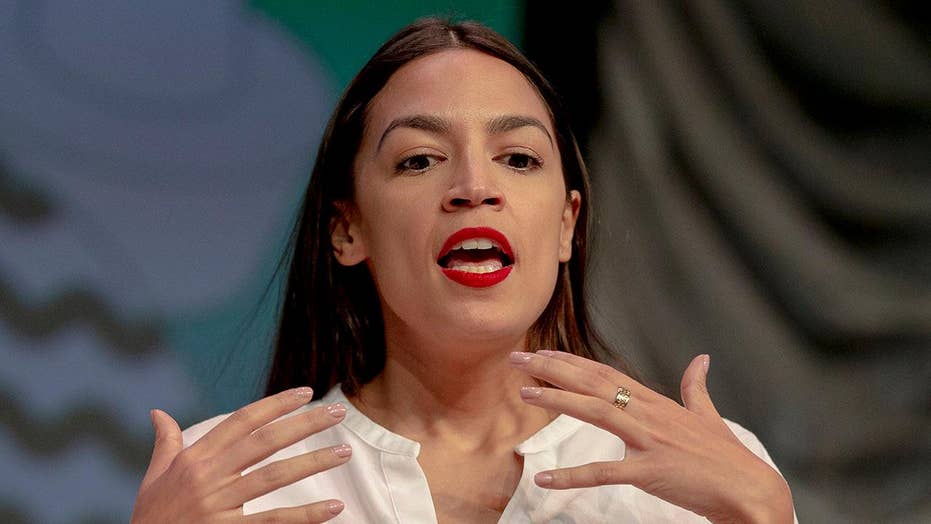 QUEENS, New York — A seemingly troubled woman at a town hall hosted by Democratic New York Rep. Alexandria Ocasio-Cortez in her district stood up to demand the congresswoman support drastic measures to combat climate change, such as "eating babies."

“We’re not going to be here for much longer, because of the climate crisis," the woman pleaded. "We only have a few months left. I love that you support the Green Deal, but it’s not gonna get rid of fossil fuel. It’s not going to solve the problem fast enough. A Swedish professor said we can eat dead people, but it’s not fast enough! So, I think your next campaign slogan needs to be this: We’ve got to start eating babies."

Many of Ocasio-Cortez’s constituents appeared confused by the woman’s declarations.

Removing her jacket to reveal a T-shirt with the phrase “Save the planet Eat the Children,” the woman continued, “We don’t have a enough time. There’s too much Co2."

"All of you!" she went on, turning to those around her, "You’re a pollutant! Too much Co2. We have to start now. Please — you are so great. I’m so happy that you are supporting a Green New Deal, but it’s not enough. Even if we were to bomb Russia, it’s not enough. There’s too many people, too much pollution. So, we have to get rid of the babies. That’s a big problem. Just stopping having babies just isn’t enough. We need to eat the babies. This is very serious. Please give a response.”

Staffers of the New York congresswoman approached the woman toward the end of her remarks, as attendees in the room became increasingly uncomfortable.