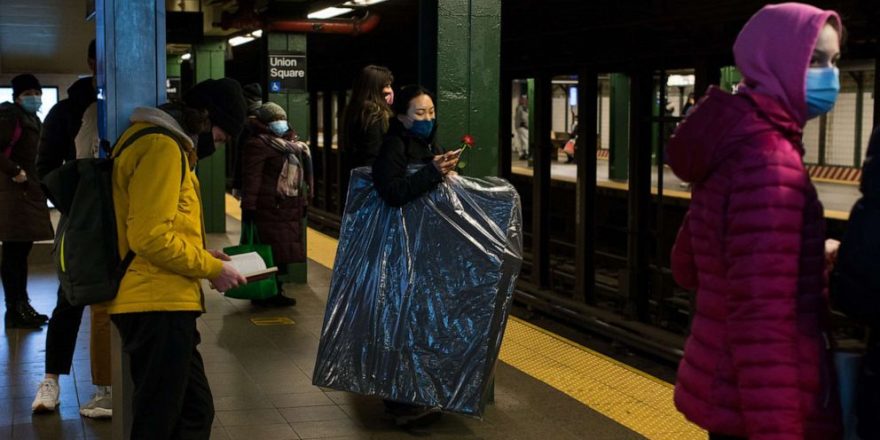 Fully-vaccinated Americans can return to life without masks, CDC says

The Centers for Disease Control and Prevention will no longer recommend masks for fully-vaccinated Americans indoors or outdoors, including in crowds, according to sweeping new guidance announced Thursday.

The new recommendation, which carves out exceptions for buses, planes, hospitals, prisons and homeless shelters, will have significant implications for schools and businesses as the country begins to reopen.

It’s an about-face from guidance issued just 16 days earlier in which the CDC suggested masks should still be used indoors or in crowds even if people are fully immunized, which the CDC defines as two weeks after the final shot.

In making the decision, the CDC pointed to additional data from the last few weeks that show the vaccines work in the real world, stand up to the variants and make it unlikely vaccinated people can transmit the virus.

“Anyone who is fully vaccinated can participate in indoor and outdoor activities, large or small, without wearing a mask or physical distancing,” she said. “If you are fully vaccinated, you can start doing the things that you had stopped doing because of the pandemic.

“We have all longed for this moment when we can get back to some sense of normalcy,” she said.

The announcement comes after Walensky faced criticism for the CDC being too slow to provide a path back to normalcy for fully vaccinated people, over 117 million of whom are in the U.S. Walensky has defended the CDC’s approach as scientifically-based to ensure protection not just for individuals but also the entire U.S. population.

In recent days, though, Walensky has pledged an update on both the CDC’s guidance for vaccinated Americans and the science that supports the changes. President Joe Biden also hinted that guidance was coming.

While states will still have the choice to implement their own guidelines — nearly half of all states still have some sort of state-wide mask mandate in place — the new guidance will have immediate implications for offices, schools and public-facing businesses.

At the same time, mask enforcement for non-vaccinated people will be challenging and is likely to re-up the discussion on vaccine passports, which some states have banned.

But a growing public health consensus that the vaccines are performing well against the variants commonly found in the U.S. and in curbing transmission suggested that the CDC could go further.

Walensky, for her part, pledged updated guidance “very soon” in an interview on CNN Wednesday night, but defended the CDC’s approach as cautious and scientific in order to protect communities both with low vaccination and high vaccination rates.

Walensky said the CDC has to make sure the vaccines are working to stop asymptomatic transmission, which is largely believed to be the case, and watch for the vaccines’ efficacy against emerging variants, particularly the variants initially discovered in the U.K., South Africa, Brazil and recently, India.