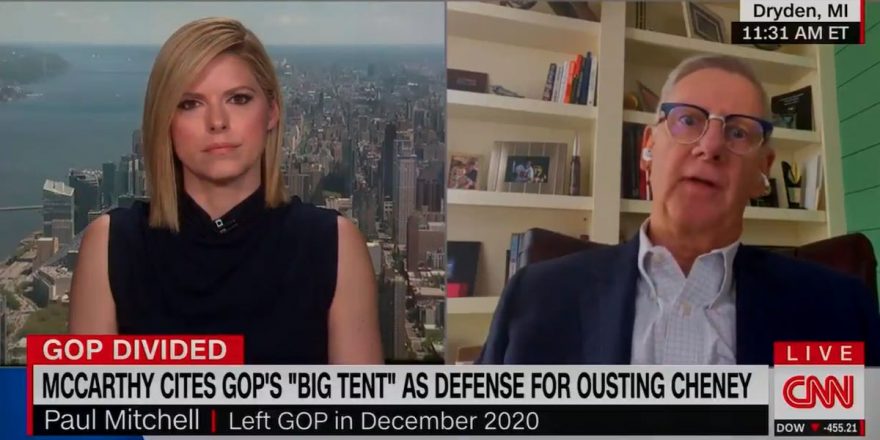 Mitchell, who retired last year and left the GOP over concerns with its election lies, argued that McCarthy wants to quell dissent in the caucus in order to win back the House majority in 2022 and become speaker of the House.

“Kevin’s primary interest is achieve ing the gavel, he will do almost anything to get the gavel and become speaker, short of throwing his mother under the bus,” Mitchell told CNN on Tuesday. “Unfortunately, the drive for political power for that prestige for some people is extraordinary and I think in this case it’s overwhelmed the best interests of the nation, of members of his party, and will not be long-term good for the country.”

But Mitchell predicted that even if McCarthy is successful in taking back the House majority in 2022, he won’t have enough support in his caucus to win the speakership. The former congressman argued that Republican lawmakers have decided to prioritize fealty to Trump over conservative principles and that the party is “not healthy” as a result. He added that Cheney might be successful in playing the long game and could help lead a post-Trump GOP sometime in the future.

Politico’s Rachel Bade noted on Tuesday that Mitchell publicly announced his retirement shortly after McCarthy dismissed his concerns about Trump telling Democratic congresswomen of color who are from America to “go back” to their countries.

Mitchell, who represented a deep-red district and voted for Trump in November, said he left the GOP and became an independent late last year in response to his colleagues’ lies about the 2020 election. McCarthy stripped Mitchell of his committee assignments shortly after.

“I believe that raw political considerations, not constitutional or voting integrity concerns, motivate many in party leadership to support the “stop the steal” efforts,” Mitchell wrote in a December letter to party leaders. “As elected members of Congress, we take an oath to ‘support and defend the Constitution of the United States,’ not to preserve and protect the political interests of any individual, be it the president or anyone else, to the detriment of our cherished nation.”