Home » Politics » For Republicans, The Real Question Is Why Wouldn’t They Fill That Supreme Court Seat?

For Republicans, The Real Question Is Why Wouldn’t They Fill That Supreme Court Seat?

WASHINGTON ― As Democrats demand explanations on how Republicans can push forward with a Supreme Court nomination with the election just weeks away, Republicans have a different question: Why wouldn’t they?

Republicans generally and Senate Majority Leader Mitch McConnell in particular made filling the federal judiciary with as many conservative judges as possible a priority years ago. They even made then-candidate Donald Trump agree to this as a condition of their support in 2016.

“They could have this very good thing if they act now. If they wait, they may not. So, act now,” said Amanda Carpenter, once a top aide to Sen. Ted Cruz (R-Texas).

Terry Sullivan, a GOP consultant who ran Sen. Marco Rubio’s 2016 presidential campaign, said that focusing on the high court also takes the attention off of other things. “My sense is that every smart political operative knows that if this election is about coronavirus or Trump, Republicans will lose big. And the absolute best way to change the narrative and distract the media and liberals is make it about this.”

Beyond the obvious benefits of moving quickly is the danger that even if Trump were to win on Nov. 3, the fact that he would never again need Republican support or face the voters could make him an uncontrollable wild card.

“The Republican Party has to confirm this judge now…. If Trump wins reelection, all his appointments to the courts, the Cabinet or otherwise will adhere to the Bill Barr loyalty standard,” said Rick Tyler, who worked on Cruz’s 2016 presidential bid. He added that he wouldn’t put it past Trump to nominate his own daughter. “Why not put a true loyalist on the court? Actually, Ivanka would be the perfect pick.”

Installing young judges, pre-screened and pre-approved by the conservative Federalist Society, has been common ground between social conservatives who want to see abortion rights overturned and the business community that wants to limit the government’s ability to impose safety and environmental regulations.

While past Republican presidents and nominees have been seen as tacitly agreeing with those goals, conservatives ― particularly politically engaged evangelical Christians ― did not trust Trump, given his background of supporting Democrats and his checkered personal history.

In May 2016, Trump released a list of conservative judges and promised he would choose from it when filling Supreme Court vacancies ― an unprecedented quid pro quo that evangelical Christians embraced. 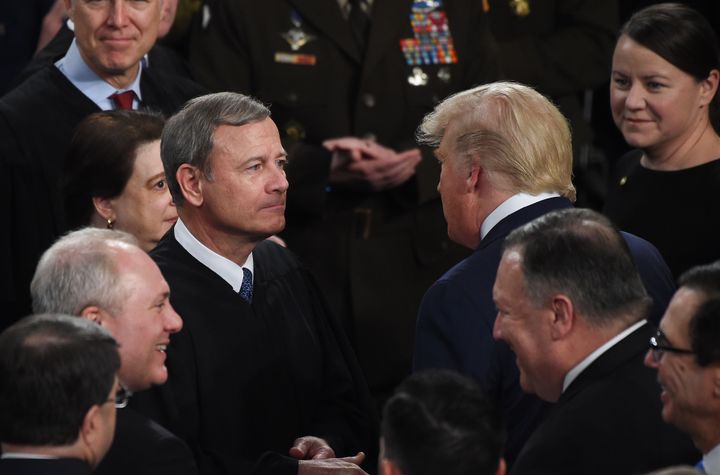 Trump has continued to tout his adherence to that list, which has been twice updated, to woo conservatives in his reelection bid.

But that need to placate evangelicals or other conservatives evaporates after Nov. 3, regardless of the outcome. With no more elections ahead of him, Trump could well choose whomever he wants, whether he has won a second term or is facing two months of lame-duck status.

“While Republicans understand that getting another conservative justice on the court under a [Joe] Biden presidency is not possible, they also understand that it is equally unlikely under an unrestrained Trump second term,” Tyler said.

Carpenter said a bigger impetus for McConnell to move before the election is that public opinion will be unforgiving if, should Republicans lose both the White House and the Senate, they push forward with a nominee anyway in the lame-duck session.

“The optics of, potentially, a defeated president and handful of beaten senators using their last votes to shove through a judge on a narrow party-line vote would damage the credibility of the court for generations,” she said.

Norman Ornstein, a scholar with the conservative-leaning American Enterprise Institute who in recent years has become a harsh critic of the Republican Party, said Trump and the party’s rush to fill the seat has a much simpler and much more craven purpose: to make sure there is a strong Republican majority in the event of a contested election.

“He wants to get this done and take his victory lap, and have a clear majority for any election disputes,” Ornstein said of McConnell. “The latter point is a real danger here, of a ‘legal’ coup.”